Richard Hambleton has been called the godfather of street art. He began producing what he called ‘public art’ in New York City in the 1970s.

He’s known for the black figures he first painted on the buildings of New York’s Lower East Side, which he called Shadowmen. The Shadowmen arrived in the early 1980s, and shocked many a denizen of that city who walked the streets at night. In 1981 and 1982 he populated the Lower East Side with these unnerving figures. 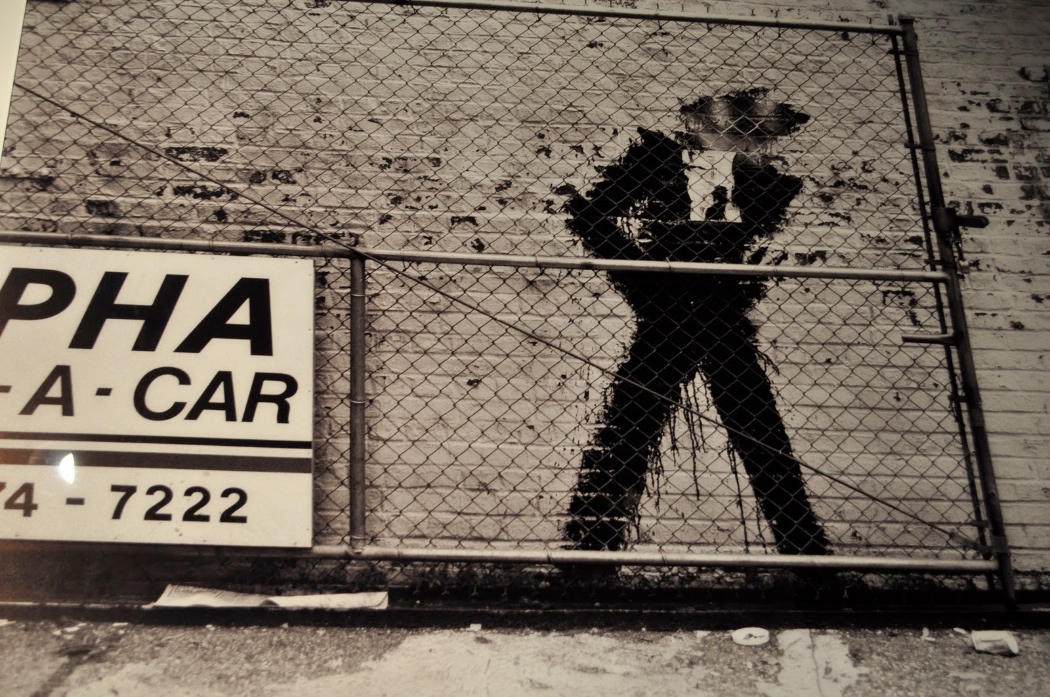 A reclusive man, physically gaunt (somewhat creepy-looking himself), Hambleton had undertaken work of a similar bent before. In his Mass Murder project in the late 1970s, he drew crime-scene outlines of dead bodies on the street and had volunteers play homicide victims. Passersby mistook the installations for the aftermaths of real murders.

Both these projects spoke to the zeitgeist, as US urban crime panics shook the nation in those decades. The Shadow men would shock passersby, who often mistook them for shadows of real people, possible assailants. Many people who lived in NYC around that time have stories of the moment they were petrified by a Shadowman and these stories seem to be almost a badge of honour top the artist with a distinctly morbid streak. For Hambleton audience reaction was integral to the artwork itself. 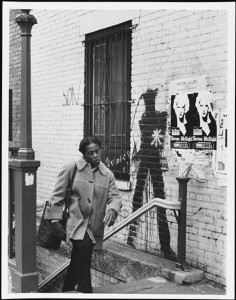 “Other artists put their work on the city, but what I paint on the walls is only part of the picture. The city psychologically completes the rest. People experience my paintings. They aren’t simply exposed to them.”

His art was apparently inspired by the shadows left on the sides of buildings by victims of the atomic blast on Hiroshima. In an age of Cold War anxiety, perhaps his work pointed at the way people’s lives seemed to rest on a knife edge.

The Shadowmen drew in other urban artists, who daubed over the black figures with their own work. Indeed, Hambleton was not a lone wolf. With Keith Haring and Jean-Michel Basquiat, he was one of a legendary trio of New York artists at the forefront of the street art boom. The three regularly met to discuss their work with one another, and sometimes collaborated.

His work began to pop up all over the globe. Shadowmen even appeared on the Berlin Wall in 1984, when he painted 17 life-size figures on its eastern side. His Shadowman paintings have been documented by photographer Hank O’Neal.

Take a look at the gallery here: http://www.hankonealphoto.com/index.php/the-shadow-man 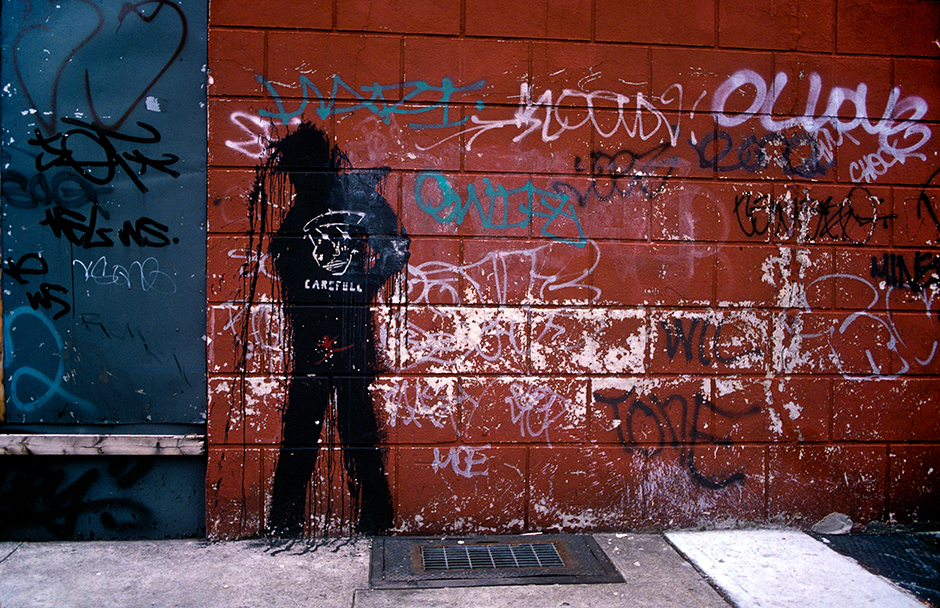 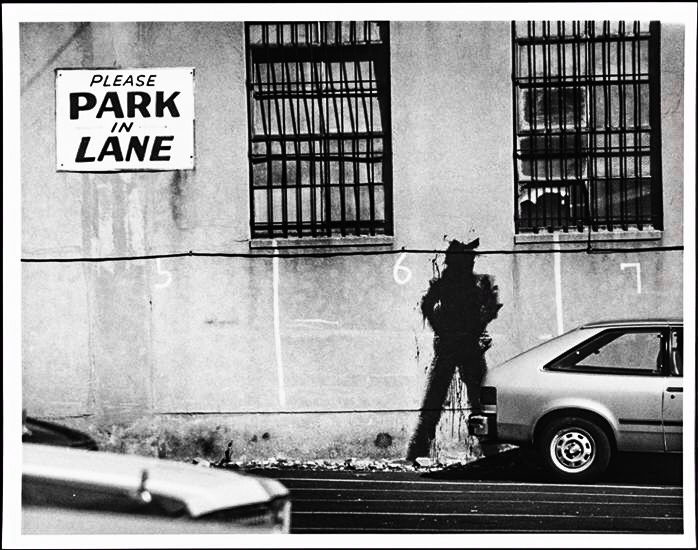 ____________
This article was written by Sally Kirchell, owner of Blue Horizon Prints an Australian online canvas prints company offering cutting edge prints in a wide variety of styles from Street Art to Vintage Prints. They offer free delivery to the UK and Australia and deliver all over the
world

3 responses to “Something Lurking: The Shadowmen of Richard Hambleton”