We all went to a museum one day (well I hope you did, if not you guys are missing out!) which has a Classical art collection often consisting of a series of nude hunks sculptures.

In the Classical period there was a revolution in Greek statuary, usually associated with the introduction of democracy and the end of the aristocratic culture associated with the kouroi. The Classical period saw changes in the style and function of sculpture. Poses became more naturalistic (see the Charioteer of Delphi for an example of the transition to more naturalistic sculpture), and the technical skill of Greek sculptors in depicting the human form in a variety of poses greatly increased.

But enough of Greek sculptures in their “Classical” sense, let’s look at the series of digital manipulations by French artist Travis Durden adds a Star Wars dimension to it.

Star Wars, for those who don’t know it (…) is an American epic space opera franchise, centered on a film series created by George Lucas.

I do not know for you guys but the chap is pretty gifted at sculpture right? Well it may be but these works will not prove it because these  are a series of images manipulated using Photoshop, the popular image editing software.

Travis Durden is a pseudonym, as the Parisian artist behind the project would prefer his art be the center of attention, not himself. Fascinated by the construction of myths & idols, he interrogates how we, as humans, determine what will be raised to popular culture or elevated to divine cult, and how history has influenced us in making this choice. 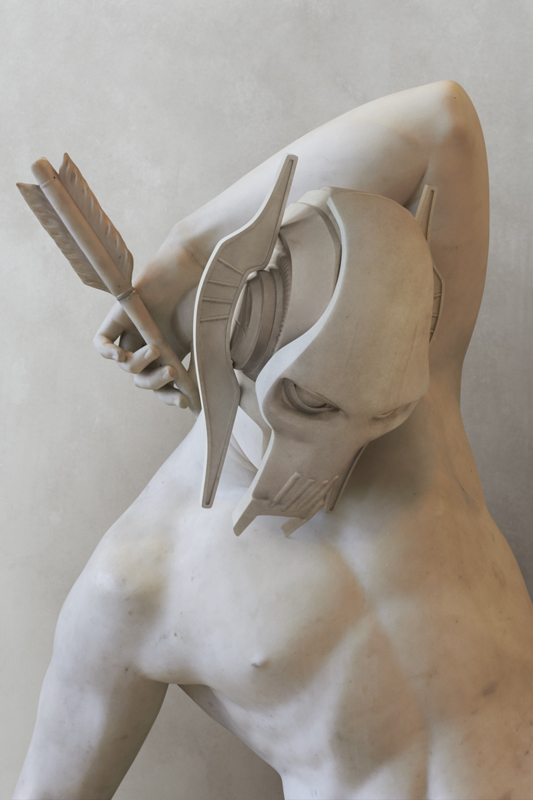 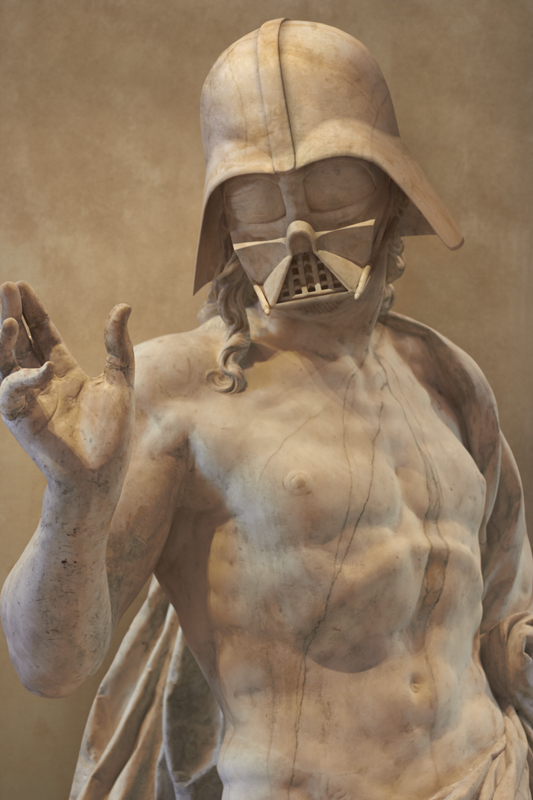