Banksy fans will remember this SWAT (police units used in specialised operations such as dealing with gunmen) van which the artist painted back in 2006 as form of provocation towards the police force.

Well, it is time to empty your pockets if you want it parked on your drive way, indeed the street artist’s van is included in the auction house’s Post-War and Contemporary Art auction on June 29.

The formal estimate is at between £200,000 to £300,000. The present owner bought the van directly off the artist and vanished from the public eye until today but rest assured, it comes with a certificate of verification from the Pest Control Office, Banksy’s authorisation service which confirms pieces as genuine.

Here is what Bonhams‘ Ralph Taylor,senior director in its Post-War and Contemporary Art department –

About the work itself

Both sides are painted.

One one side, a little boy is depicted and is about to prank a SWAT team -gun-toting officers in riot gear, who are about to be surprised from behind by a young boy clutching a blown-up paper bag,

On the other side you will have recognised Dorothy (played byJudy Garland) from The Wizard of Oz standing among heavy tagging and graffiti on the other.

But what people may describe as the main message in this work is the sign saying “How’s my bombing?” rather than “How’s my driving?”

The vehicle, restyled with household gloss and spray paint in 2006, was displayed that same year in a Los Angeles warehouse for Banksy’s “Barely Legal” show — his US debut.

Despite little advance notice and its location near Skid Row, the event received considerable publicity and was attended by stars such as Angelina Jolie and Brad Pitt.

We included a couple of pics below of the show. the top one giving you an overview while the other shows a truck that was used outside the show venue – click any pictures to enlarge 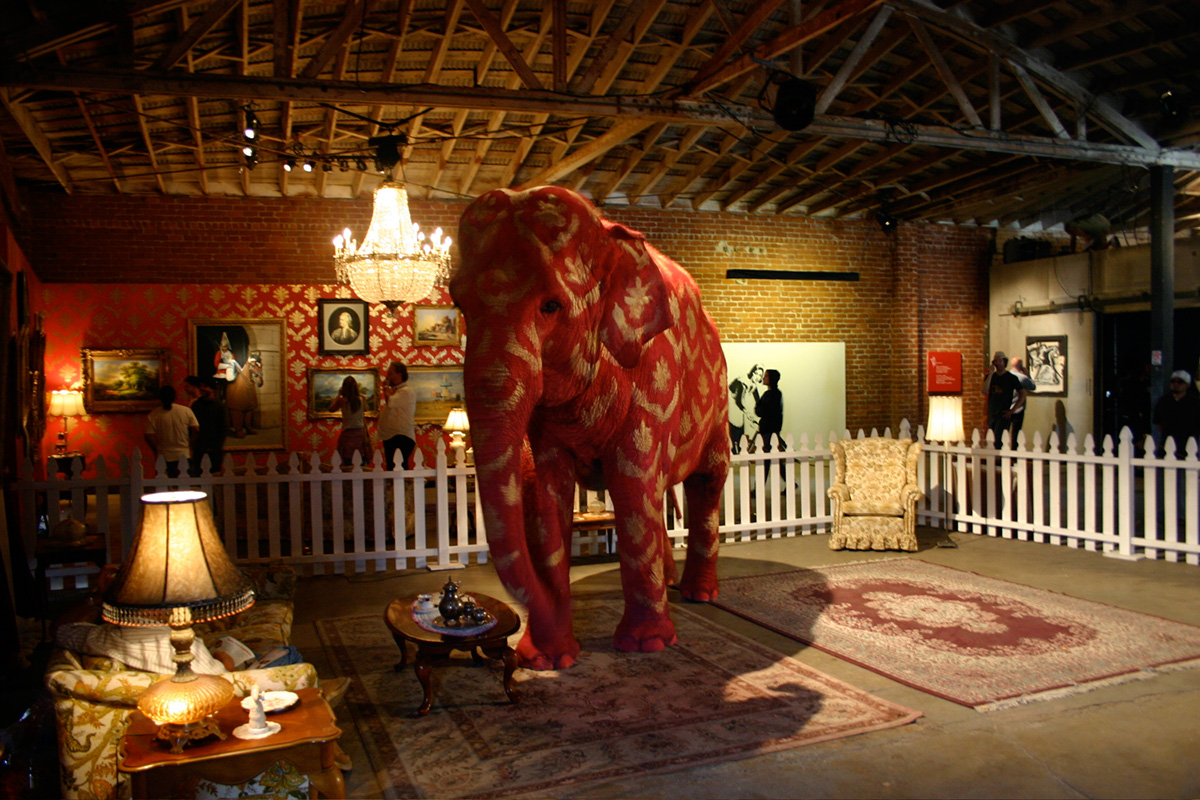 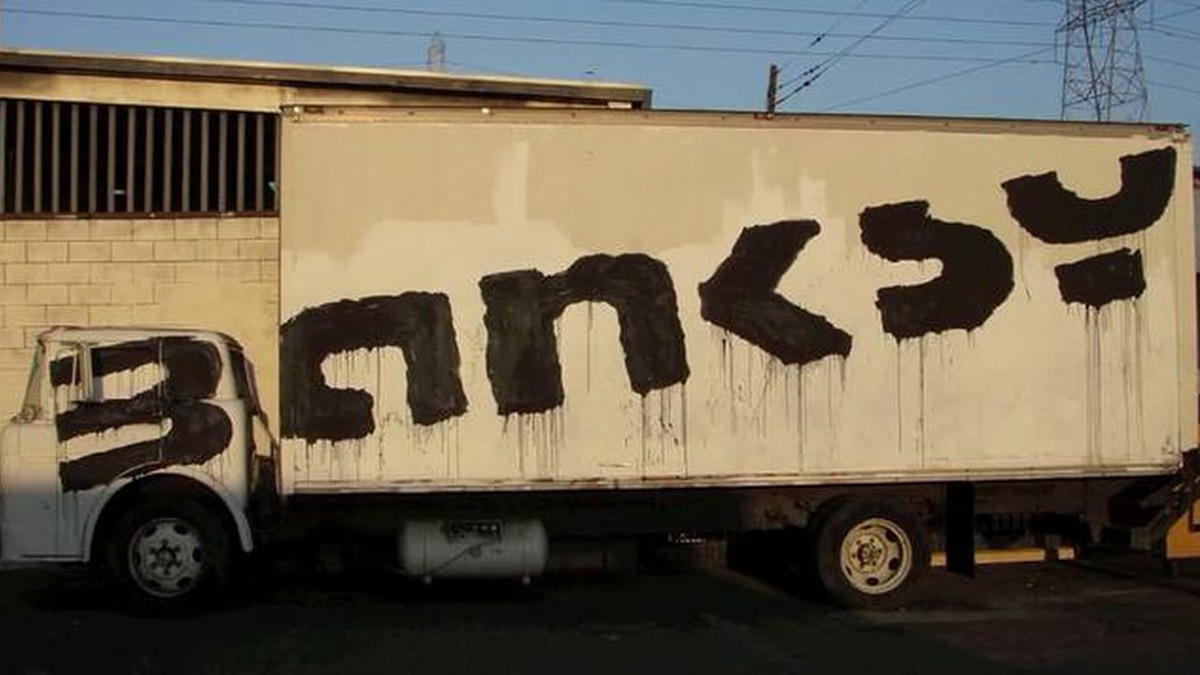