You searched for: monroe 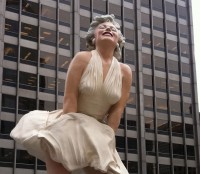 “Public art is art in any media that has been planned and executed with the intention of being staged in the physical public domain, usually outside and accessible to all.” says Wikipedia. And this makes public art more likely to be criticized, because the potential number of passers-by can be substantial.  This is especially true in high-pedestrian cities such as  Chicago, which is well-known as an excellent place to encounter public art. “Public art may... Read More