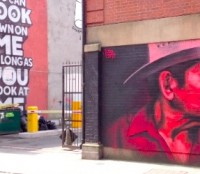 With some spare time available while on business recently in Dublin I had to put aside the Guinness and amazing Irish stew for a bit and not pass up the chance to check out what the streets had to offer. The creative festival Offset had recently took place with international talent like JR and Faile taking the chance to add their mark to the streets and complement the local artists like Maser and James Earley. The festival birthed a collaboration effort between Maser and JR, while... Read More 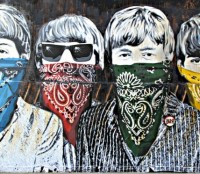 Posted by Pierrick Senelaer on December 10, 2012 · Leave a Comment 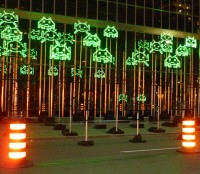 We bring you, somewhat in a belated way, Nuit Blanche or when Toronto was transformed for one night only by hundreds of artists. Stroll all night long and get amazed by the works on display. A big thank you to Paul Snell for sending in the pictures below and no we aren’t jealous that he was out there and not us! Green Invaders, 2012 | Yves Caizergues – Lyon, France Light Installation – more about this project Vertical Constructions: Dancer #1 and #2, 2012 |... Read More

The amazing street art from DAL

Posted by Pierrick Senelaer on November 18, 2012 · Leave a Comment 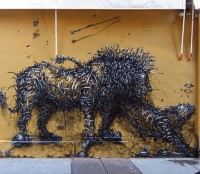 We recently came across the chinese born street artist acting under the alias DAL and were so impressed by his work that we wanted to share some of it with you. He studied sculpture and began street art from 2004. > See more from DAL’s website  Read More

Democracy Outside – street performances and activism 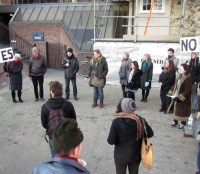 Words by Clare Cochrane Democracy outside or street performance that blurs the boundaries of art and activism, and makes social movement real A group of people show up in a public space with a banner, placards, leaflets, and a loudhailer. Two people each take a placard and stand a few feet apart, stretching the banner between them. The group stand between the placards, and one person calls out a question about a current political issue through the loudhailer. The huddled people... Read More