You searched for: "star wars"

Posted by Pierrick Senelaer on December 19, 2014 · Leave a Comment 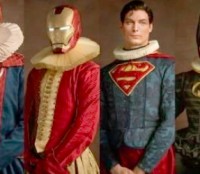 Sacha Goldberger is a French photographer born in 1968. He has worked as artistic director in several well-known agencies. Otherwise, he has written and worked on many books and is now known all around the world. He became famous especially for his photo series “Mamika”, a grandmother superhero performing tasks of daily life. Mamika, the real grandmother of Sasha, is quite a funny person. The artist latest exhibition, which was recently held an exhibition at the School... Read More

Filed under BLOG · Tagged with Marvel

Lego art: be prepared to be amazed

Posted by Pierrick Senelaer on October 11, 2013 · Leave a Comment 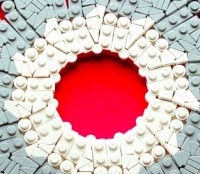 When Ole Kirk Christiansen came up with the idea of that brick we call LEGO, I can say with confidence that he was most probably miles away from thinking that one day, people all aver the world would use his brick, and in some cases, ton of them to create pieces of art. There is even today some sort of art movement that has sprung. How about that? One very recent example of the frenzy that surrounds LEGO and art can be this life-sized Star Wars X-Wing fighter that was made from... Read More

Posted by Pierrick Senelaer on February 2, 2010 · Leave a Comment

I knew I would not be disappointed when I heard about the Lock Up exhibition and disappointed I wasn’t, oh no, I was overwhelmed. By the way, that event happened last year (20th Nov till 10th Dec 2009), yes I know it is a bit late to report on it but I never got round to do it before today… But keep reading, those artists are just phenomenal. Read More  Read More