Contemporary Vanitas at Light Of Sohos

Light Of Soho, London’s leading light art gallery is pleased to announce their next show in collaboration with Lee Sharrock, Contemporary Vanitas, a look at vanity and mortality. Featuring 16 contemporary artists, the exhibition, which launches 26th May, will showcase the artists own interpretations of the Vanitas – is a category of symbolic works of art, especially those associated with the still life paintings of the 16th and 17th centuries in Flanders and the Netherlands... Read More

Transcend, a show by Tom French at Lawrence Alkin gallery

Click to enlarge Following his 2014 sell out show, Tom French returns to Lawrence Alkin Gallery with his latest body of work, Transcend. Evolving from French’s Duality series, the exhibition continues to incorporate figurative elements and the artists’ signature use of illusion, while embracing abstraction more than previous works. About the artist and this show In the slant towards abstraction, French allows for his work to be interpreted on multiple levels. He commented:... Read More

Posted by Pierrick Senelaer on January 27, 2016 · Leave a Comment 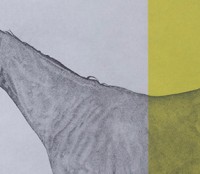 We strolled through the London Art Fair for the fourth consecutive year and as always stumbled upon remarkable artworks from ever so talented artists. In this series, we will tell you why we liked a particular piece from these artists as well as posting more works. We hope you will also enjoy it as we did. Feel free to comment too at the end of this article. Let’s get started…. ________________ Guy Allen Click to enlarge We stumbled upon the piece called “Horse... Read More