You searched for: spray can 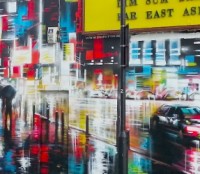 We happened to be in the Camden area today for shopping related reason but stumbled upon some great street art pieces and no long past before we were snapping these away. We were very pleased to see one of Dan Kitchener‘s (aka DANK) piece flanked on a wall just by the Stables Market entrance in Camden. Its size is pretty impressive and the subject, a banal street scene, becomes a fireworks of colors under Dan’s spray cans. A few more yards down and we walked the mighty... Read More

Posted by Pierrick Senelaer on August 21, 2012 · Leave a Comment 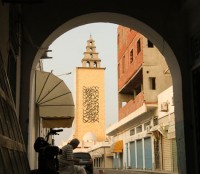 Tunisia has been the stage lately of a surge of intolerability towards creativity and especially towards anything to do with a spray can. As a result, the French-born Tunisian graffiti artist El-Seed took action. The result is Tunisia’s largest mural but what matters above all is the the location; he painted on the country’s tallest minaret, at the Jara Mosque, located in the industrial city of Gabes. Pictures after the fold. Here is what El-seed says about the project... Read More

Filed under IN THE NEWS, STREET ART · Tagged with Tunisia. El-seed

Posted by Pierrick Senelaer on December 26, 2011 · Leave a Comment 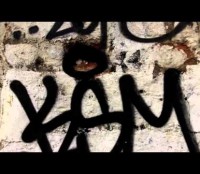 There is a place in East London where spray cans are a common sight, where cars mix with awesome creativity.  Read More

Filed under Uncategorized · Tagged with London

Posted by Pierrick Senelaer on June 2, 2010 · Leave a Comment 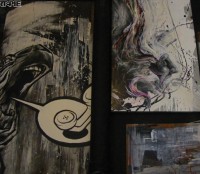 Last time I went to Pure Evil gallery I was blown away by the exhibit I saw from ROA (read post here) as well as the gallery itself and the way it was used: clever and original display of the artwork and above all fresh works from the artist himself on the walls – really like this approach where you feel the gallery is owned by the artist so once again, well done to Charles at Pure Evil. Even more so when you learn that all the works I was looking at that day has been created... Read More