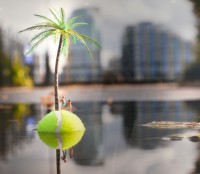 Slinkachu takes figures from miniature train sets and painstakingly modifies them so that they can be used as part of his almost invisible world. He creates comical, satirical and sometimes slightly dark scenes with these figures, places them all over the world, shoots them with spectacular quality and then leaves them to become part of the scenery. The first of this series was “the little people project” the photos were formed into a lovely little hard cover book... Read More

Posted by Pierrick Senelaer on January 6, 2010 · Leave a Comment 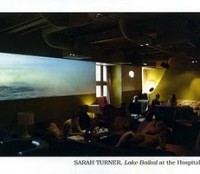 What an exciting concept and so twenty-first century! Any web 2.0 person with a strong interest in art has to embrace this concept. Not surprising that the idea blossomed in a philosopher mind – Hilary Lawson who is also a documentary film maker. What is all about then? ‘escape the limitations of the traditional video narrative’ ‘escape our cultural and perceptual closures, freeing the viewer to play in the openness of the image’ Wow, well said folks... Read More

Posted by Pierrick Senelaer on December 1, 2009 · Leave a Comment

Artists Statement: Initially trained as a traditional figurative sculptor and Mouldmaker. I now seek to find new meaning and relevance in old outmoded techniques. I’m fascinated by the idea of the public monument and much of my work revolves around the need to investigate the way in which society records events and people by casting them in metal and stone. I seek to rip the idea of the public monument asunder and then re-build it in a new order with a revised iconography.... Read More