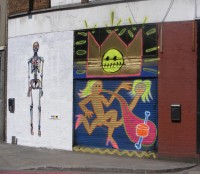 Object-Culture is the first pop up shows of a series of four which will happen back to back from now into May 2010 at Red Gallery on Rivington Street (London). ART-PIE went to see Paul Sakoilsky, the curator to find out more about it. ART-PIE: Can you tell our readers more about you? Paul Sakoilsky: I am an artist, a writer, a philosopher and I guess also a curator but I do not like using this word. I used to help out at the 30 Underwood Street Gallery back in the days, I mean... Read More 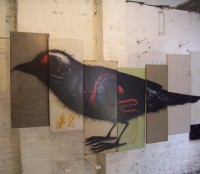 I have been going around London many times to try to snap up some street art and came across ROA’s stuff on several occasions. I knew little about the guy from Ghent (Belgium) and was therefore very keen on finding out more about him and his obsession with picturing large scale urban wildlife through his spray paint cans. I headed then to Pure Evil gallery for what I was pretty convinced would be something very different with most exhibitions I have seen so far this year.... Read More 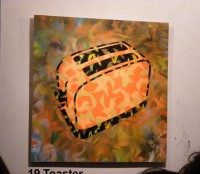 Last time I went to see an exhibition with this sort of line-up, the Lock Up exhibition for those who would like to read about it, the stuff I saw was pretty good and would actually most probably please any one into stencils, spray paint or hip hop so I was pretty eager to get down to Zero Cool Gallery Read More  Read More 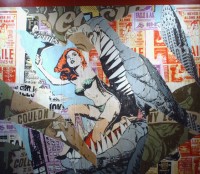 If you like street art or graffiti, you know that you should find some good stuff at Lazarides as these guys have been around for a while and primarily sell this type of art. Artists such as Antony Micallef or Jamie Hewlett to name just a few have seen their first artwork being sold by Lazarides. The exhibition, a retrospective of Faile’s work over the last 10 years consists of two parts, the first bit is held on Greek street and is the fun and interactive one, the second... Read More