It is difficult not to fall in love with Anthony Lister’s superheroes made of acrylics and spray paint on wooden panels. The 3D effect he manages to give to these iconic little people is amazing. These works are part of his new exhibition FIERCE, a solo Exhibition by Anthony Lister that will be held at THIS Los Angeles. The opening reception takes place on January 14, 7-10 p.m. When: ONE NIGHT ONLY! Friday, January 14, 7-10 p.m. Where: THIS los angeles, 5906 N. Figueroa... Read More

Posted by Pierrick Senelaer on December 21, 2010 · Leave a Comment

Ralph Lauren launches an open-call competition with a chance to win a commission-based award and placement within a mentorship program with some of Europeâ€™s top talent! Read More  Read More 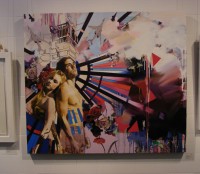 One more time, Stolen space has put together a remarkable show. Group shows are so rich in diversity by definition and therefore always please a large number of people. Mixed media on cotton paper, oil on linen canvas, screen print, acrylics, spray paint, cut book 3D collages,… the choice of medias and mediums is immense. How not to find a piece you like? Impossible. Read More  Read More 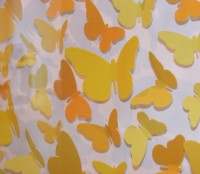 I had only gone once to the Smithfield gallery a while back ago to see DEUS – works from the UVA (United Visual Artists) and was happily pleased with it although I did not know what to make of it before seeing it. I headed down in the same state of mind last week end to check out their current exhibition – Cissy Cook – new work. The only thing I know was that Cissy’s work is all about papercuts that mainly picture butterflies. Not the kind of things I... Read More

Posted by Pierrick Senelaer on December 14, 2009 · Leave a Comment 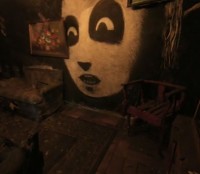 Stop-motion (also known as stop-action or frame-by-frame) is an animation technique to make a physically manipulated object appear to move on its own. The object is moved in small increments between individually photographed frames, creating the illusion of movement when the series of frames is played as a continuous sequence. Clay figures are often used in stop-motion for their ease of repositioning. Stop-motion animation using clay is described as clay animation or clay-mation. A... Read More