The 2014 edition of the football World Cup has now been on for almost a week and it has already been labelled as the better edition of the last 20 years.

While most of us have been enjoying great goals from the safety of our couch, brazilian street artists have taken their art to the city walls of Brazil, mainly Rio De Janeiro and Sao Paulo to remind us of the dark side of the Great game as they put it.

Artist: Paulo Ito
Where: Sao Paulo
The mural shows a starving, crying child with only a football on his dinner plate serves to highlight the vast expense of hosting the World Cup when the money for food, schools and hospitals is needed so much.

“There is so much wrong in Brazil that it is difficult to know where to start,” Ito said. It seems the beautiful game has a dark side.” says Paul Ito

FIFA is not the most welcome and loads of artists ask the football association to go. Cranio is one if them it would seem. One of his mural shows a suited man throwing a sack labelled “public money” down the toilet. 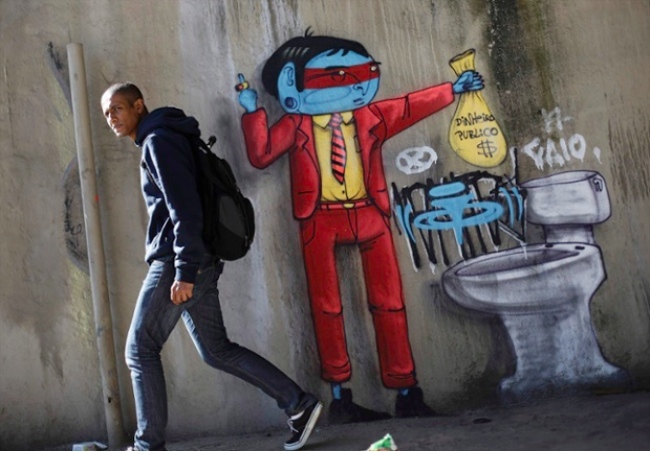 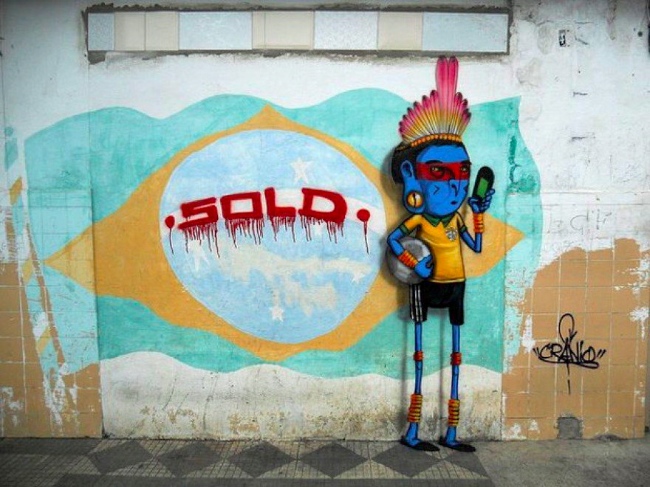 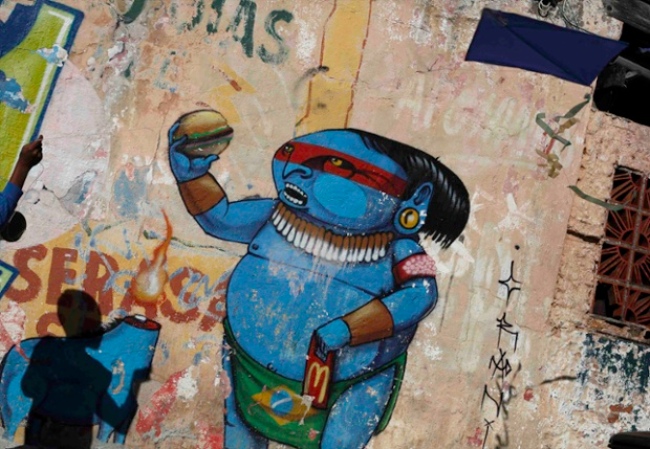 Artist: B.Shanti from the Captain Borderline crew
What: Anti Copa Mural Project organized by Colorrevolution and Amnesty International
Where: Rio de Jainero (Brazil)
Dedicated to all brasilians who lost their home during the brutal eviction. 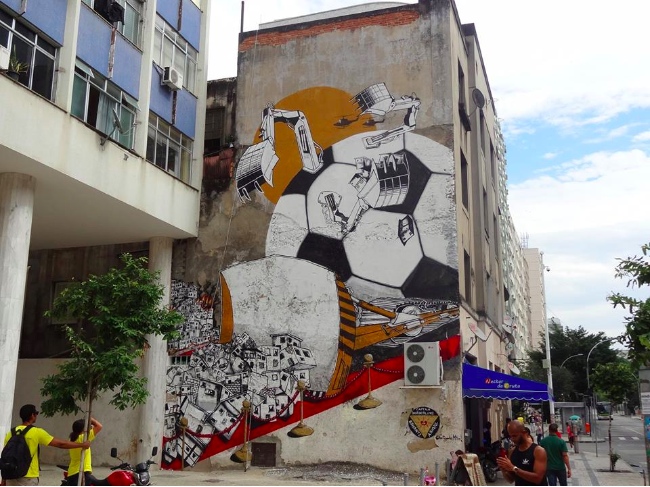 But not everything is negative, take a look at this street view project from Google showing you panoramic views of (happy) street art from Rio De Janeiro and Sao Paulo amongst others.

Part of our 3 street art works series you should see today. Cranio, Run and MadC 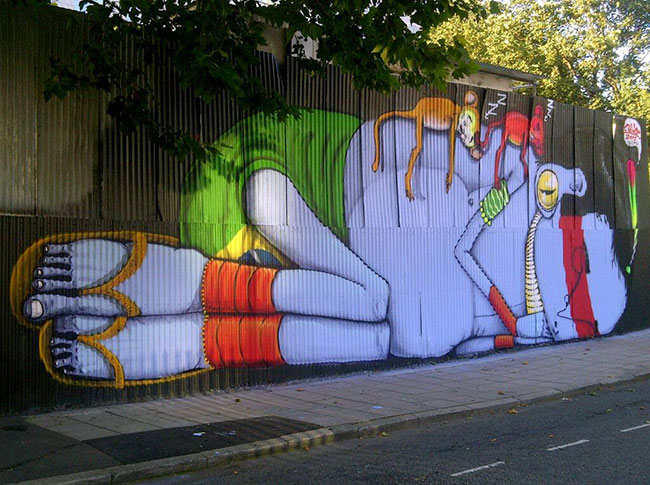 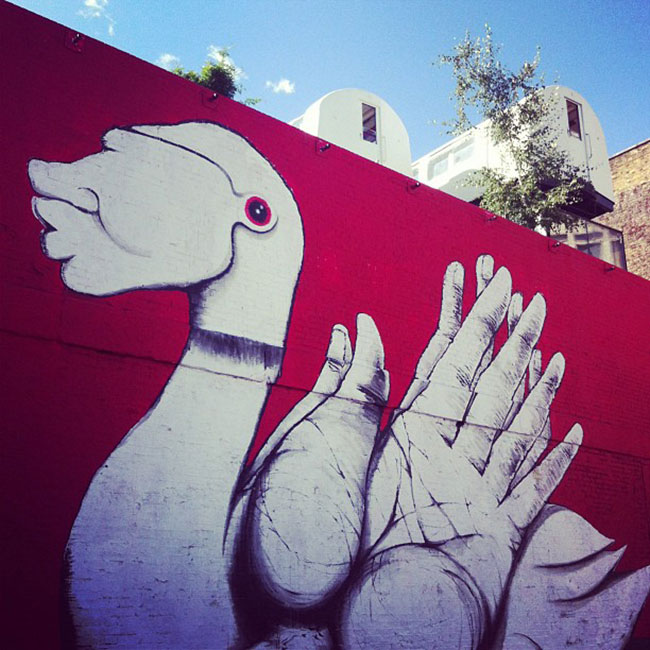 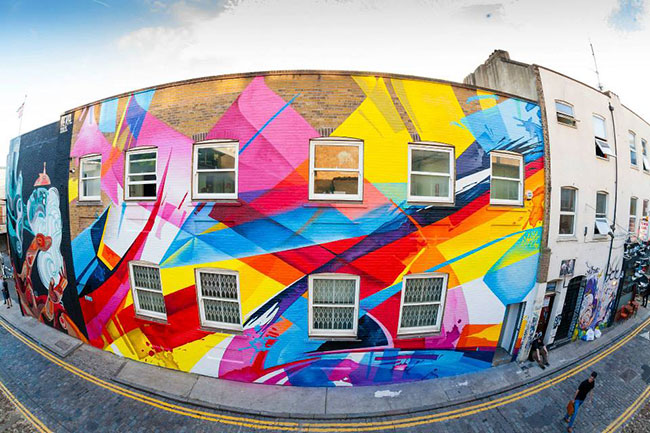 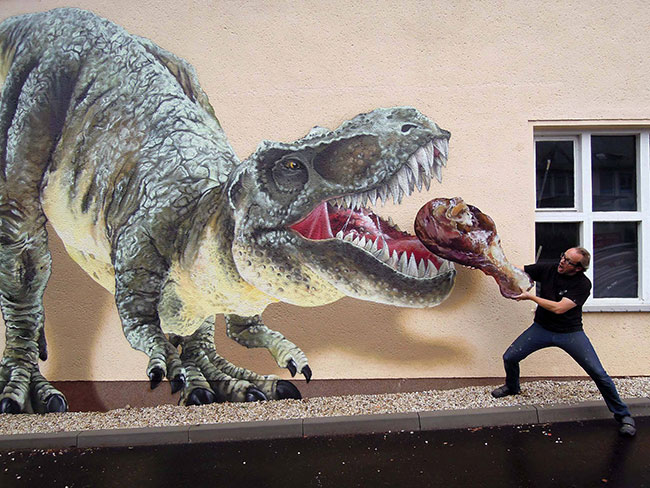 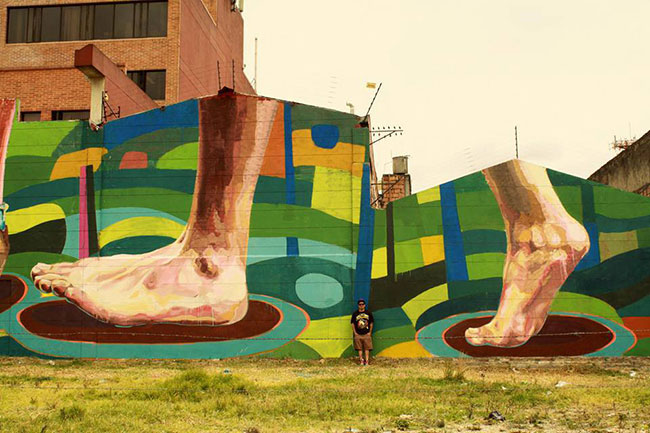 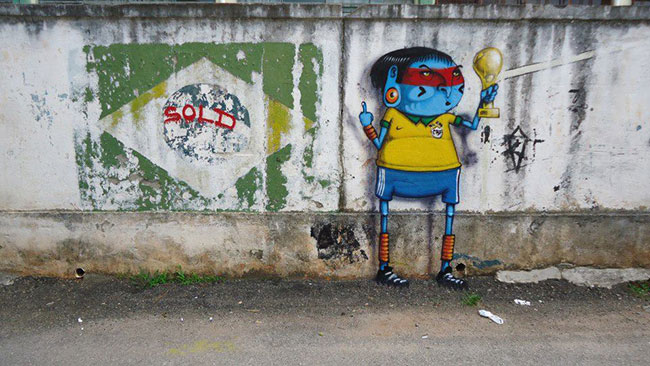 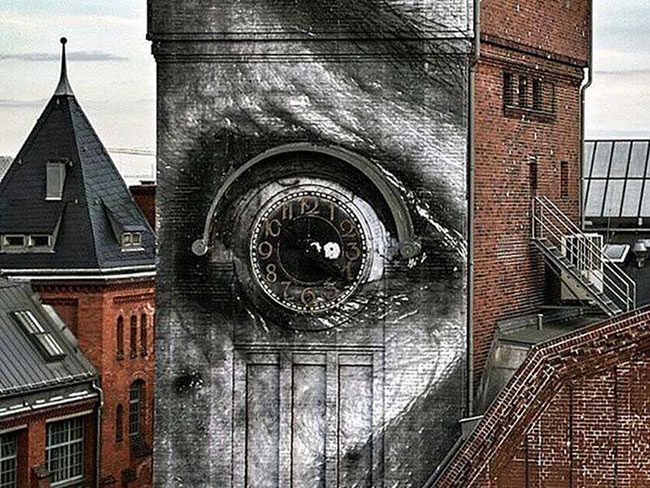 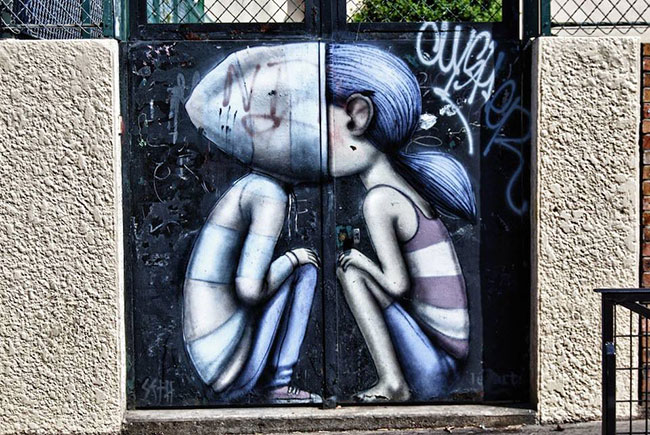 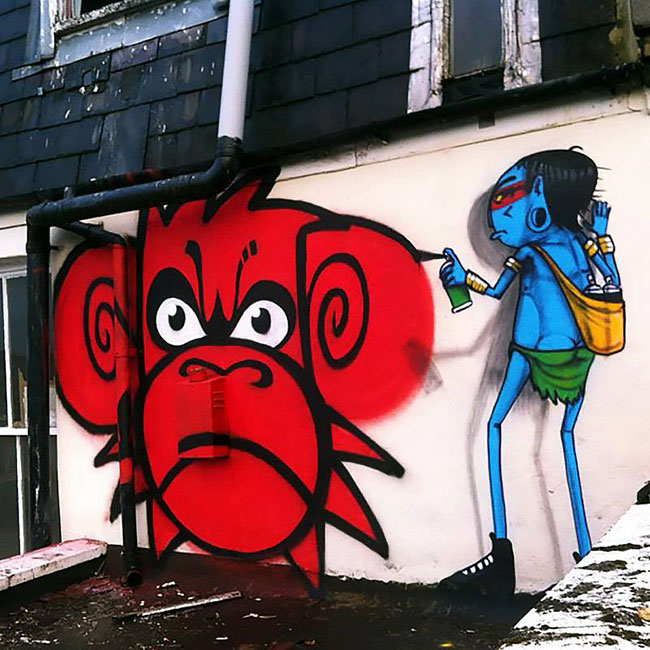 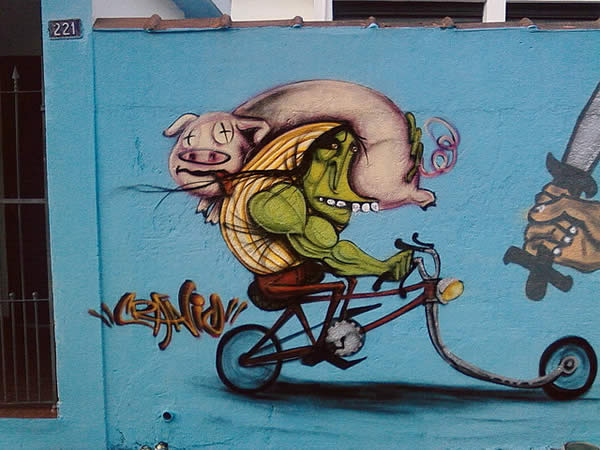 Fabio, a.k.a. Cranio is from São Paulo, Brazil and have been spraying around since 1998.

Still to have a show in the UK, I am sure it is just a matter of time, Cranio is getting more and more attentionI in his native country. Armed with sprays, latex paint, brushes and paint rollers, he leaves his imagination flow and his passion for indigenous art blossom.

Enjoy a selection of some of his works below. The first photograph is his latest work. We love the Brazilian pareo!