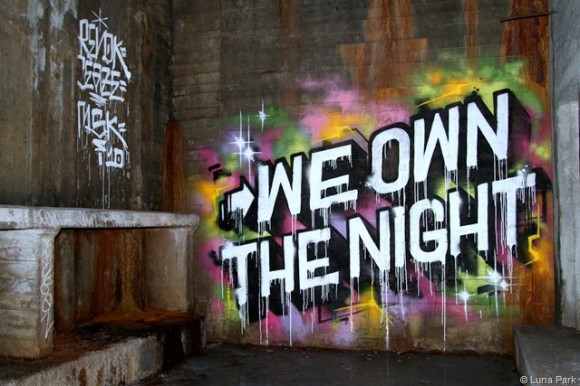 The Underbelly Project started back in 2009 and gathered a bunch of artists such as Revok or Ceaze who covered the walls of a disuse New York city subway station. MOCAtv has finally released a video tour of it. Enjoy.

Read more abour the projet on the Vandalog website

Ha ha ha… That was bound to happen, wasn’t it? Caught out because of twittering too much or the wrong thing!

Jason Willians aka REVOK (US graffiti artist) got caught out in Australia (as he was leaving the country) after twittering where he would drop his next graffiti pieces as well as after posting actual pictures of his graffitis freshly sprayed on walls of Melbourne.

And if you wonder how the police knew when to apprehend him at the airport, he twittered it saying ‘he was on his way to the airport’

hmmmm… Just plain stupid on this one or PR stunt?

Anyway, ART-PIE eat his work, he is just a great graffiti artist!

***VANDAL VACATION*** from WWW.REVOK1.COM on Vimeo.