When Quiet British Accent started working as a duo, someone told them that sport had no place in art. Since then, they seem to be hell-bent on disproving this through their textile and graphic slogan art.

The couple’s recent exhibition at Core at Nolias Gallery in London had two themes. They took the ‘sport in art’ argument as a call-to-arms and used risograph prints and vintage football shirts as canvases for their DIY sporting aesthetic. This theme expanded to include the powers (both real and imagined) of heroes to their fans. Not necessarily football heroes either, as Quiet British Accent place football within wider popular culture.

The following pieces are appliquéd textiles on vintage football shirts and risograph prints. 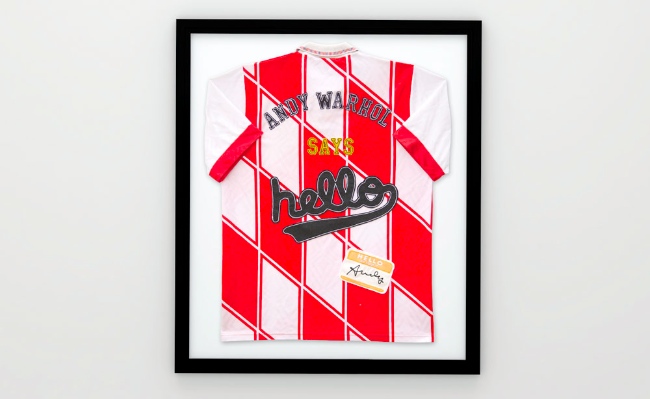 Andy is smiling down at his still-pervasive influence over us all. Any connections to Warhol’s ‘Chelsea Girls’ film, or echoes of Campbell’s Soup cans in the shirt itself, are purely intentional.

What Would Johnny Rotten Do? 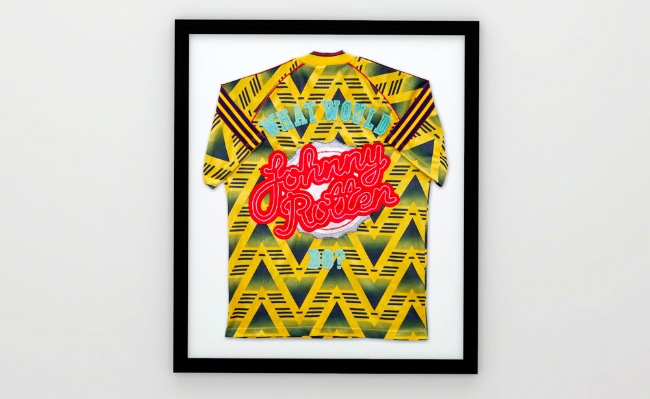 The ‘What Would Jesus Do?’ mantra applied to an Arsenal-supporting popular culture hero, crediting him with a deserved influence. 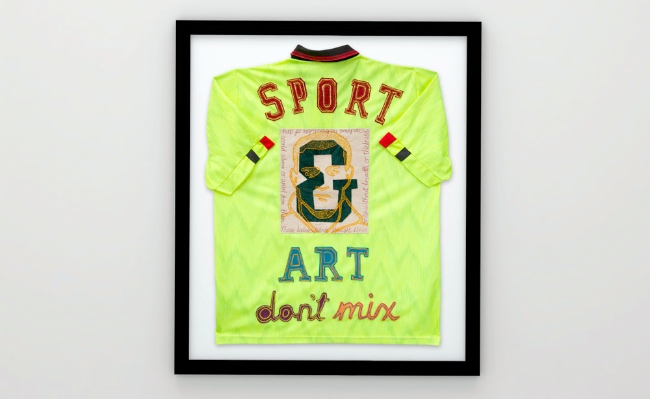 A poke at the proclamation Quiet British Accent are often faced with since deciding to limit themselves to working within the world of sporting culture.

I Don’t Know About Art, But I Noel What I Like 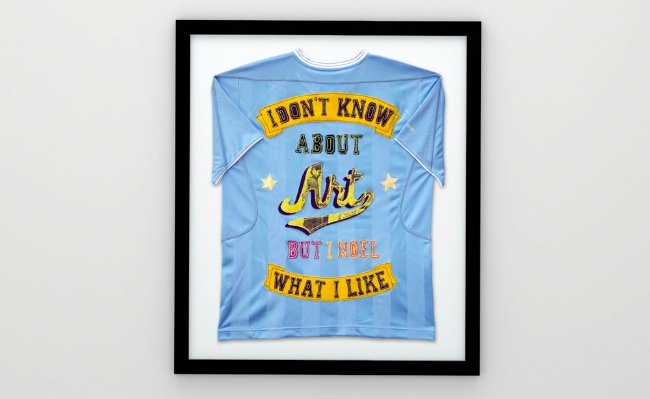 Yes, that Noel. QBA treat art the same as they treat football and music. Not belittling music at all, but putting it on an equal footing with art. 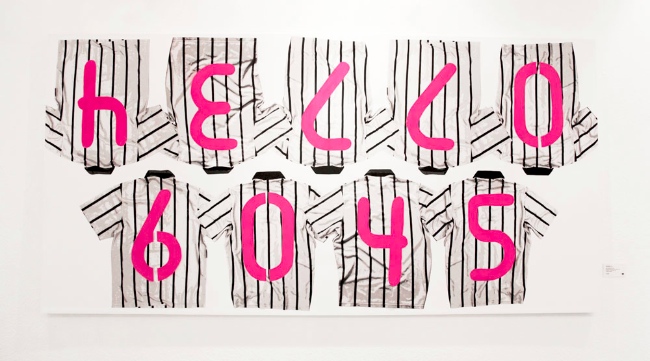 The duo’s first large scale piece of work is stenciled onto giclée prints and hijacks a famous advertising slogan to give it social clout, mocking the echoes of sexism and homophobia in the sport.

Warning: Use of undefined constant php - assumed 'php' (this will throw an Error in a future version of PHP) in /homepages/5/d460810189/htdocs/wp-content/themes/a-pjun13/tpl-post-short-side.php on line 30
· Tagged with