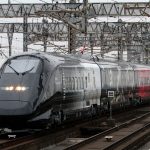 It is already early evening but you just have enough time to jump on that bus and get your favourite spray cans from your local art supplies shop. Should the shop be closed by the time you get there, Bombing Science online shop will be there to the rescue,... Read more 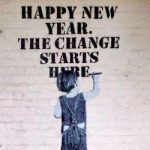 With the New Year just round the corner, we selected just for you, some of the best New Year related street art on the web. We would like to wish you a Happy New Year 2017! UV radiation graffiti by STAN, AXER and CUKE – Berlin 2013 By Ben... Read more 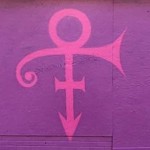 Last week saw pop icon, Prince, died at his Minnesota home on Thursday, and, as expected, tribute around the world have been pouring and will probably do so for a long time to come. He died suddenly aged 57, leaving behind a back catalogue spanning rock,... Read more 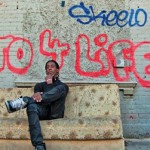 Click to enlarge About Exhibition Martha Cooper is a legendary photographer who has shot around the globe, beginning with USA to Asia. She worked both for papers and magazines like New York Post and National Geographic and independently, making contributions... Read more 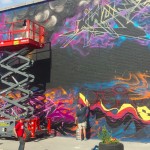 Now in its 6th year, Meeting of Styles UK took place again in London. This event was organised by End Of The Line and offer an awesome 3 days of painting and hip hop. More pictures after the fold We could only attend one day but truly enjoyed the authenticity... Read more 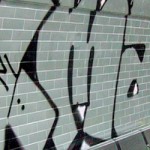 The festive season is upon which has and always will inspire artistic creativity.   While British street artist Moose just created a pretty incredible Christmas scene with only a toothbrush and moss (!) on South Bank wall Moose – see more of... Read more 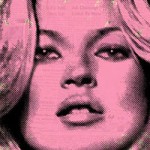 Splash on cellophane, not walls 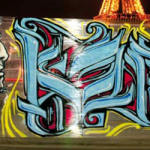 Should the thought of being arrested and possibly get a jail sentence for spraying on walls refrain you from expressing your creativity, look no further we have got a solution. 1. Get down to your corner shop or supermarket and buy cellophane rolls, loads... Read more

Birth of a spraycan 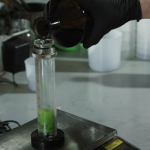 Montana Cans gives you a very interesting insight in the production of a spray paint can. You will see the whole process.  Read More 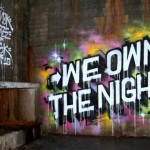 The Underbelly Project started back in 2009 and gathered a bunch of artists such as Revok or Ceaze who covered the walls of a disuse New York city subway station. MOCAtv has finally released a video tour of it. Enjoy. Read more abour the projet on the... Read more