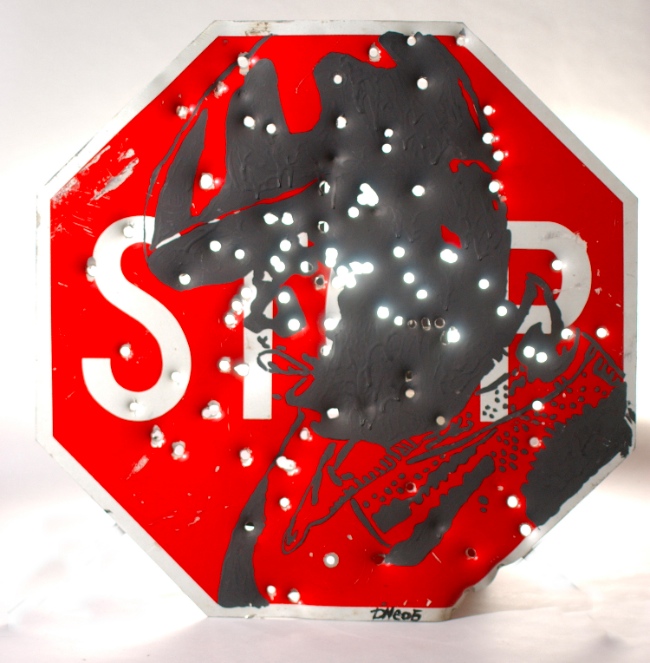 At first, I misread what Dunn, aka Dan Ericson was all about. I indeed confused “signtologist” with “scientologist” and was about to move on when painted road signs caught my eyes and made me read twice. “Signtologist” it was. Not surprising to get mixed up here, who has ever heard of this term?

Roots MC, Black Thought would have apparently dubbed him back in 2005, the Signtologist, which Dan Ericson would eventually keep as its “artist” name. But what does it mean?

You may have guessed by now that it has to do with signs, and especially roads signs that he recycles into unique homages to the musicians, actors, public figures and athletes that inspire him.

Examples of this original art (photos: Terrence Duncan) are shown below. See more on the Signtologist website