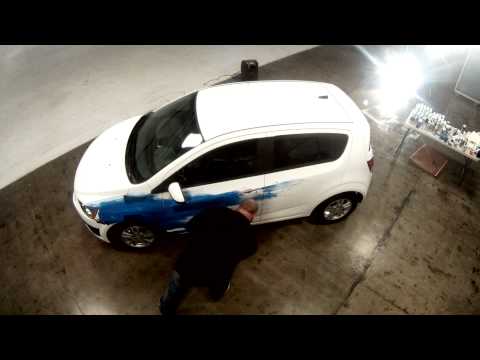 Los Angeles base artist EnikOne met Keelan Dadd, he gacve him a design, EnikOne picked a brand new Chevy Sonic car and applied that design. Over 2 days of great collaboration. We will also appreciate the skateboarding skills of Keelan dadd or and the sun always shine in LA. 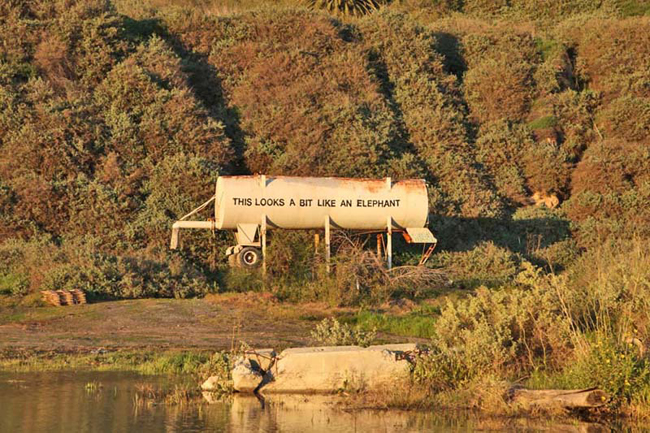 This is the follow up of the first set of new pieces from Banksy spotted in Los Angeles last week, read about it here

Two more pieces can be now seen in L.A. One is located not far from the USC campus and depicts what looks like a family running with a kite, understand here the comparison with the illegal immigrant caution signs that can be seen along the Mexican border. 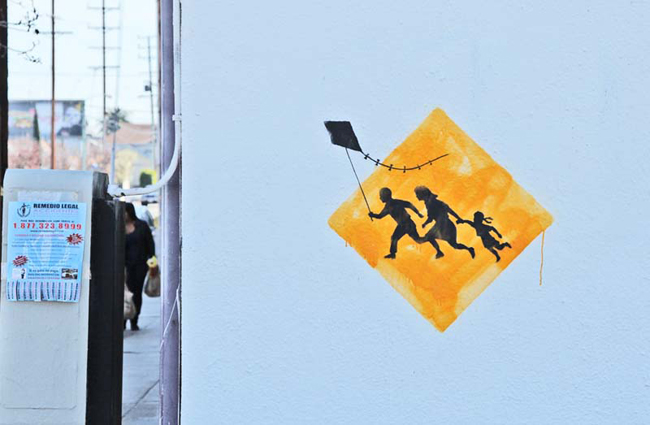 Another quite quirky piece has been done on an abandoned oil tanker. A simple message says on it – This Looks A Bit Like An Elephant 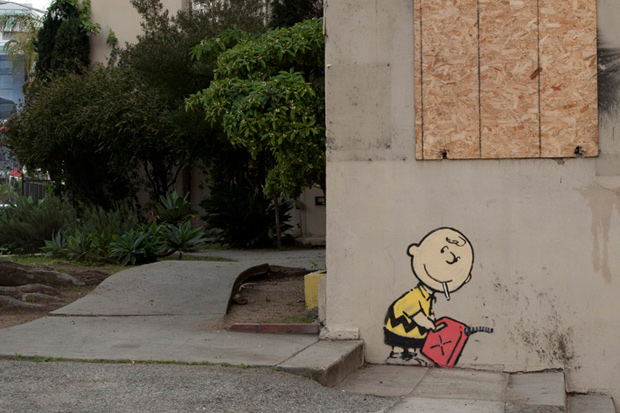 Everybody is talking about so it would be almost rude not to feature the three new pieces Banksy has just dropped in Los Angeles.

The first piece depicts Charlie Brown holding a gas can, this piece was dropped on what looks like a house that burnt down. The second one is a child holding a gun and firing crayons.

And the most recent and probably the bolder one can be spotted on Sunset Boulevard and features the vision of the artists on Mickey and Minnie Mouse.

We will all have understood here that Banksy is preparing the ground for the upcoming Oscars.