You could not say no to an exhibition where you would get to see pieces from artists such as Andy Warhol and Ed Ruscha without having to hop between venues across town, well you do not have to do that anymore – CRASH: homage to JG Ballard is that exhibition. Go now.

Ed Ruscha, Andy Warhol, Roy Lichtenstein, big names on the menu as well as a good bunch of younger artists Glenn Brown or Jenny Saville. You look at the leaflet handed over to you earlier by the very friendly staff at Gagosian and you just do not know where to start.

Adam Mc Ewen’s Boeing 747 undercarriage ‘Honda Teen Facial’ in the entrance looks like it fell through the roof and sets the tone of what this exhibition will be about – provocative as was JG Ballard’s literature. Another large scale piece which immediately draws your attention is Richard Prince’s car model made of steel, plywood and Bondo. You look up and right there hing up on the wall is ‘Explosion’ by Roy Lichtenstein. Big names, big works.

Provocation can be feel in the air as you walk through the different galleries but should I pick my top two provocative pieces, they would be the Mechanical pig by Paul McCarthy and ‘when logics die’ by Damien Hirst, display of surgical instruments and rather explicit photographs which definetely makes heads turn and or discussion start.

JG Ballard was inspired by surrealists artists such as Dali or Delvaux while a large number of artists have been, are or will be inspired by the significance of his work. CRASH: homage to JG Ballard is a formidable get together of minds which one day have crossed.

Impressive line-up of artists all united around the vision of one man. A must go exhibition for contemporary art lovers.

The exhibition runs until the 1st April 2010. 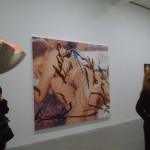 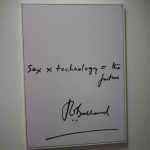 The Future by Lory Greaud 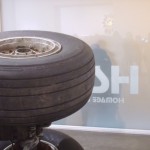 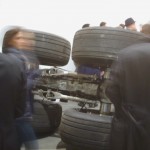 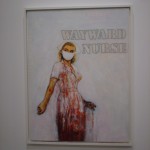 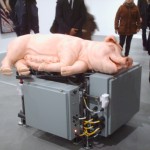 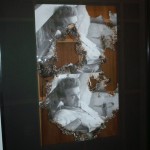 Self Portrait Of You and Me by Douglas Gordon 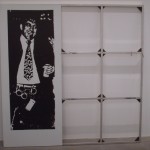 Clip On Man by Cady Noland 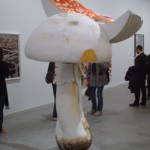 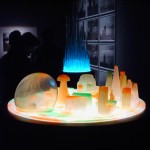 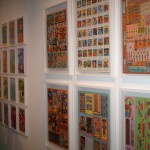 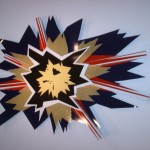 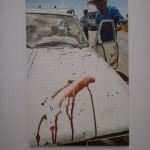 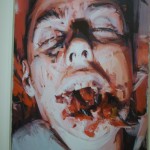 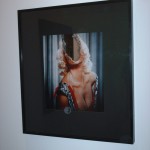 Self Portrait Of You And Me by Douglas Gordon 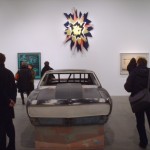