Itâ€™s a rare thing for a young artist to come along with a style and visual language fully formed. But this is definitely the case with Bael (AKA Michael James Bell). Still in the early stages of his career, his work has a confidence and clarity that many other, more experienced artists would envy.

Having briefly flirted with an art college education, Bael found the whole experience less than inspiring and decided to go it alone. The results seem to have proved that this was a wise decision. Looking at his intense, spare, highly personal artwork you have the distinct impression that they would not have been produced with such single mindedness, if he had been bombarded with the ideas and prejudices inherent in an art college education. 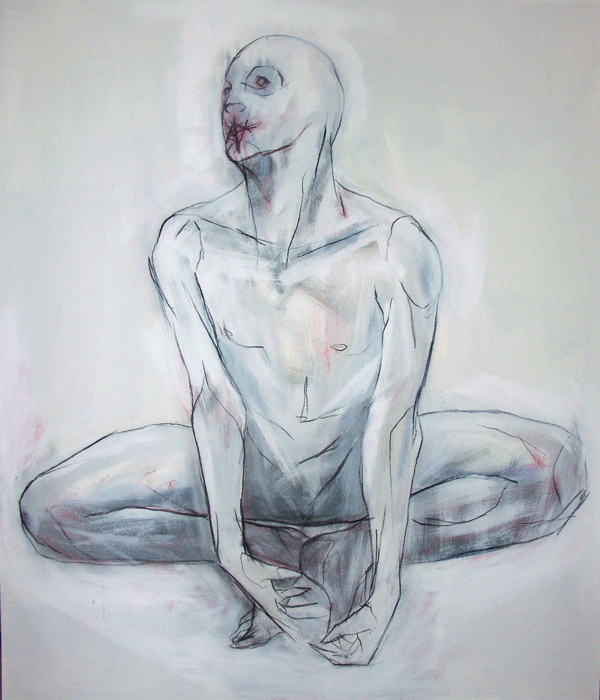 > Read more about the artist on the Signal gallery website