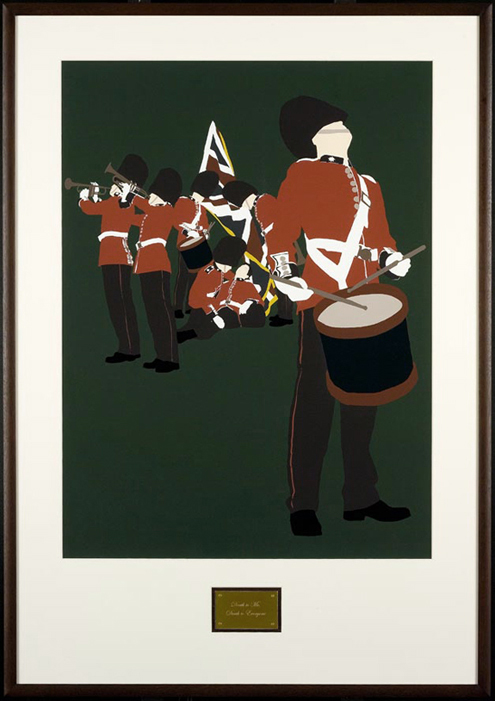 “The concept of ‘the spectacle’ interrelates and explains a wide range of seemingly unconnected phenomena. The apparent diversities and contrasts of the phenomena stem from the social organisation of appearances, whose essential nature must itself be recognised. Considered in its own terms, the spectacle is an affirmation of appearances and an identification of all human social life with appearances. But a critique that grasps the spectacle’s essential character reveals it to be a visible negation of life – a negation that has taken on a visible form.”[1]

Guy Debord from Society of the Spectacle

I didn’t have to delve far into Guy Debord’s Society of the Spectacle to find what I was hoping to find. This quote by Debord states the nature of the spectacle as an affirmation of ‘appearance’, while a critical look at spectacle reveals the spectacle to be a ‘negation of life’. This is the very essence of what Edd Pearman explores in his work. “Duality has a strong influence throughout my work, each work maintains a two-fold characteristic in its content i.e. Humour and horror, life and death, hope and despair.  All initially appear to embody one intention, yet possess in equal measure, opposite qualities,” says Edd.

Appearance is seductive – and deadly. Is that a hyperbolic statement for effect? Possibly, but think of all the little deaths you’ve experienced for the sake of appearance and you may find you agree with me.

Read more of our interview, False Together, for This ‘Me’ of Mine.