Untitled 2008, (c)Darren Nixon “One of the reasons I source mainly from newspaper, television and internet imagery is because the way we interact with these media shapes so many of our opinions about the world around us. Most of what I know about the world has been drawn in a fairly disjointed and fragmentary fashion from this huge, seemingly ever present sea of information. The sheer amount of available knowledge is so overwhelming that I end up feeling always frustrated that... Read More

Filed under INTERVIEWS · Tagged with This 'Me' of Mine

Internal Objects and the Objectified Self 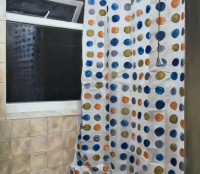 “Lacan revises and enriches the myth of Narcissus, so passionately in love with his image that he plunges into the water and is drowned.”[1] Maurice Merleau-Ponty Bathroom, (c)2011 Hayley Harrison The mirror holds peril. Revealing truths unwanted or enticing the loss of the self to an objectified world. The creation of our self-identity begins with how we respond to our image in the mirror in infancy. We either recognize the ‘other’ and begin the process of socialization... Read More 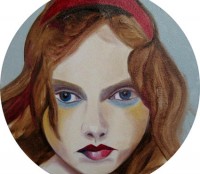 “Reified people proudly display the proofs of their intimacy with the commodity. Like the old religious fetishism, with its convulsionary raptures and miraculous cures, the fetishism of commodities generates its own moments of fervent exaltation. All this is useful for only one purpose: producing habitual submission.” Guy Debord, The Society of the Spectacle, p.33 White 12 (L’Atalante), (c)2011 Cathy Lomax My first question was what exactly is a ‘reified person’?... Read More

This Me Of Mine moves to Strange Cargo| Georges House Gallery

Posted by Pierrick Senelaer on April 9, 2013 · Leave a Comment

By David Riley After a successful and very positively received installation at APT Gallery in Deptford, This ‘Me’ of Mine moves onto its second venue in a four venue tour. The exhibition will open Friday 12 April at Strange Cargo|Georges House Gallery in Folkestone. The new venue is a lot more intimate than the generous space at APT and therefore might be an interesting challenge for Jane Boyer, the curator,  to recreate the grandiose atmosphere I felt when I visited the... Read More

Filed under CONTEMPORARY ART · Tagged with APT gallery, David Riley, This 'Me' of Mine 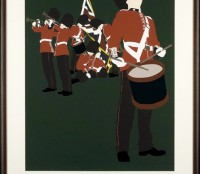 Death To Me, Death To Everyone, (c)2008 Edd Pearman “The concept of ‘the spectacle’ interrelates and explains a wide range of seemingly unconnected phenomena. The apparent diversities and contrasts of the phenomena stem from the social organisation of appearances, whose essential nature must itself be recognised. Considered in its own terms, the spectacle is an affirmation of appearances and an identification of all human social life with appearances. But a critique that... Read More