I was up for a treat, a helicopter fly and guess what, I got another treat: the Great British Sculpture Show currently in full swing at Hatfield house.

After having been thrilled by the helicopter excursion, I was eager to come back down to earth and wander amongst the bronze, wood and stone sculptures set against the formal topiary of the famous gardens and enchanting woodland at Hatfield House

There was over 70 sculptures from 22 artists such as David Goode, Geoffrey Dashwood, Hamish Mackie, Ian Rank-Broadly and Etienne Millner but we’ll focus on Wilfred Pritchard for now 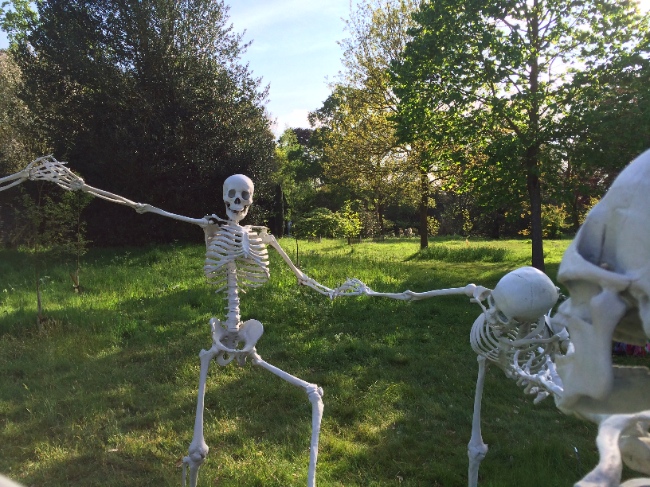 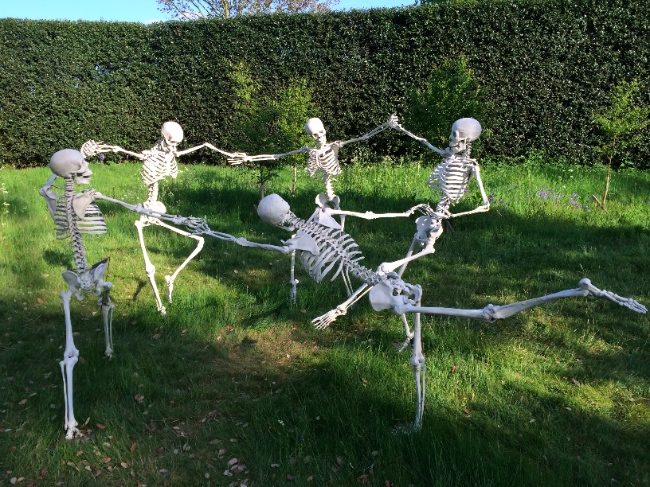 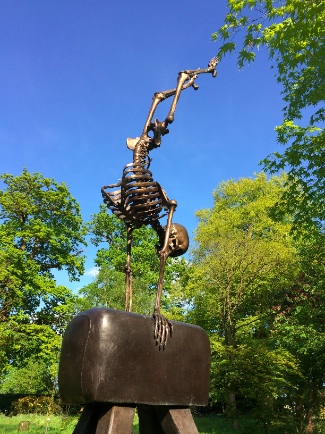 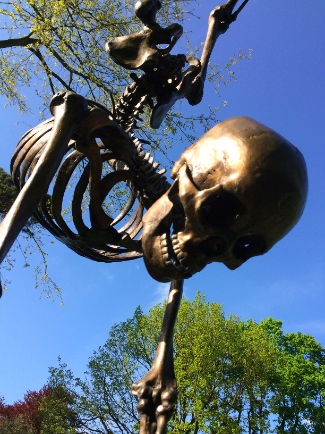 About the artist – Wilfred Pritchard is the “nom de guerre” for the sculptures of Eddie Powell. He is owner and curator of The Sculpture Park, works as a Photographer as Eddie Powell and Sculptor as Wilfred Pritchard and has sold many sculptures worldwide privately from The Sculpture Park and through various auction houses, including Sothebys and Christies.

Now, skeletons are the fundamental basis for teaching sculpture. Luvvie has one included in his Sculpture School for reference and many have pinned them together in various forms. Wilfried Pritchard is just doing this and you can encounter a series of rather comic sculptures like a group of dancing skeletons. 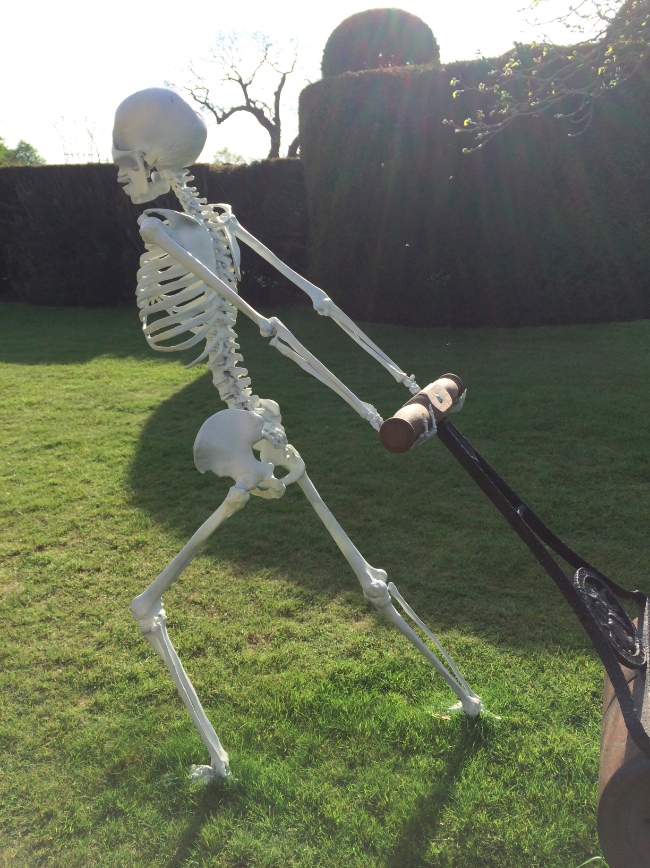 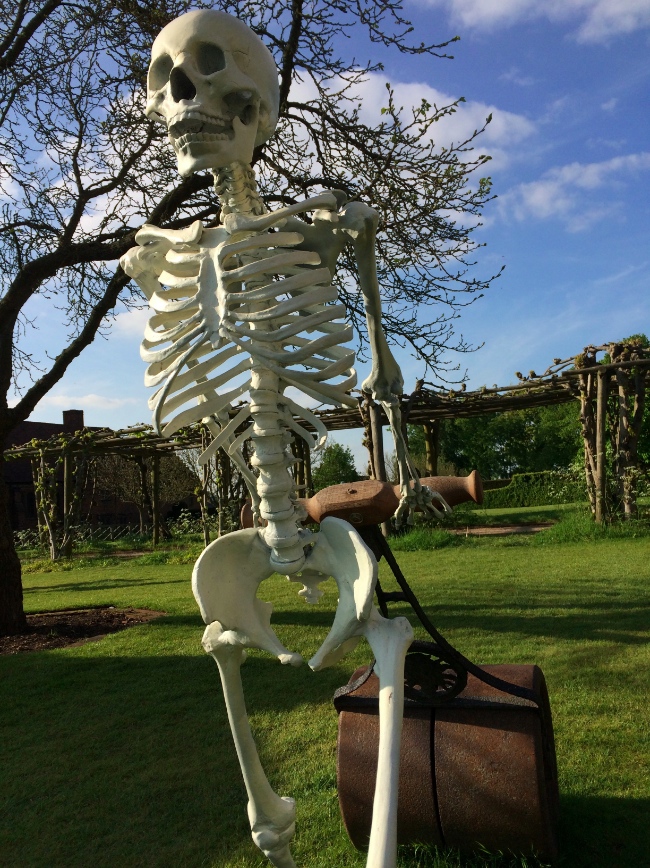