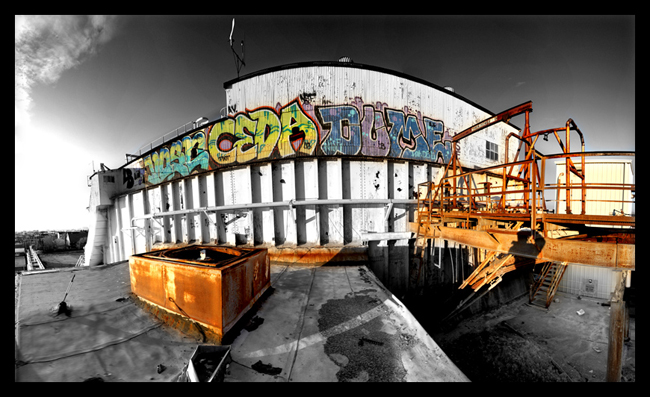 Justin Nethercut has put a great video in which he interviews two Baltimore graffiti writers who have been rather busy as of late – Ceda & Dume.

This first film of a monthly video series Justin is going to be directing for them on street art and urban art in Baltimore City.

The photograph below is also awesome and as the video is courtesy of Justin Nethercut!