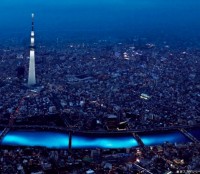 Tokyo has always been a mistery to me, one of these cities that will you blow away for sure. What follows would certainly water my eyes. At the occasion of the Tokyo Hotaru festival that just happened, one of a kind of installation was made where LED lights were the main ingredient. LED lights are awesome, aren’t they? 100,000 LED lights, that is what it took to give to the onlookers an astonishing spectacle. The aim here was to suggest hotaru (fireflies) with those lights... Read More

Posted by Pierrick Senelaer on September 13, 2011 · Leave a Comment 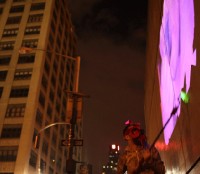 Video installation by the creative Brooklyn duo Sweatshoppe. The principle is simple: a LED roller paints video onto a wall. The effect is guaranteed. Thanks to the programming language called Max/MSP, Blake Shaw wrote a software that makes possible the projection of video visible when it comes in contact with the LED lights on the roller. The video below is Sweatshoppe at it on top of Cordy House, Shoredith, London towards the end of last year. SWEATSHOPPE video painting@ Cordy... Read More 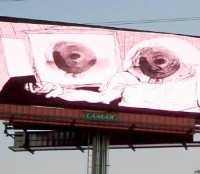 Some will tell you how ugly all these road signs, billboards and others are and how much they give our cities an ugly look. This is when The Billboard Art Project comes in with a awesome idea which surely will enhance the city landscape. They acquire digital LED billboards normally used for advertising and repurpose them as roadside galleries. .Projects are currently held in various US cities only. What makes this project even better is that it is open to anyone who is interested... Read More

Posted by Pierrick Senelaer on March 6, 2011 · Leave a Comment 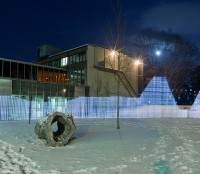 Light Painting WiFi is the creation of Timo Arnall, Jorn Knutsen, Einar Sneve Martinussen. Their work explores the invisible terrain of WiFi networks in Oslo urban spaces. They put together a four-meter tall measuring rod with 80 points of light reveals cross-sections through WiFi networks using a photographic technique called light-painting. By the simple action of walking down streets, they are able to pick up the thousands of WiFi signals and with the help of a long exposure... Read More