In the centre of Grunwald Forest in the former West Berlin is an artificial mountain, Teufelsberg, made by man using the rubble from approximately 400,000 buildings that were destroyed in WWII. The structure that sits on top is ‘The Listening Station’ built by the US National Security Agency to spy on the Soviet’s. .

The listening station was decommissioned at the end of the cold war. There were many plans for it’s use in the future, all of which fell through. With that, over the years it has attracted the likes of vandals, youths, graffers and urban explorers. Amongst the broken glass from all the smashed windows and beer bottles, the collapsing stairwells, the gaping holes from the dilapidated flooring and the pitch black hallways, a diverse collection of pieces, dubs, tags, paste ups and stencils can be found. 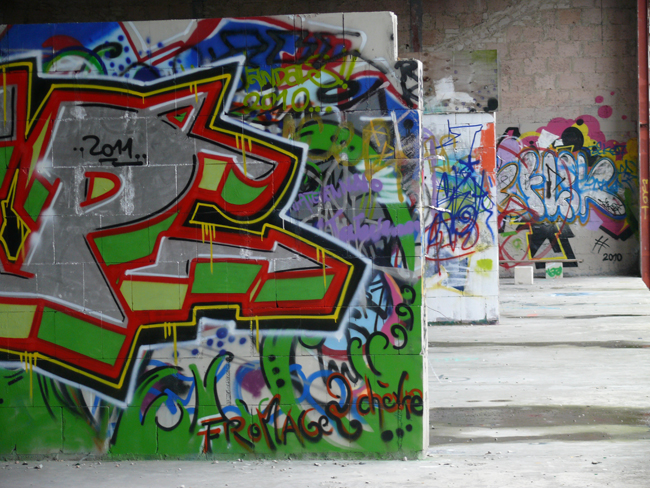 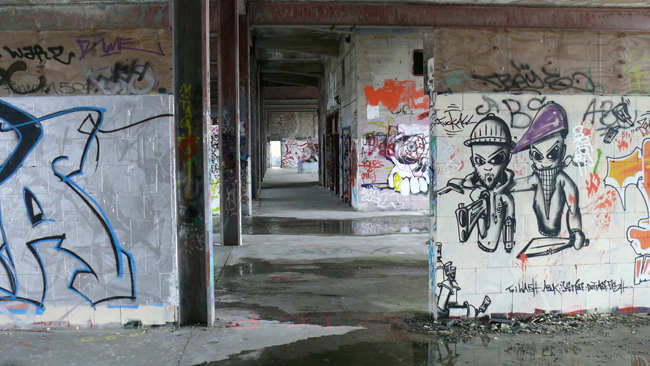 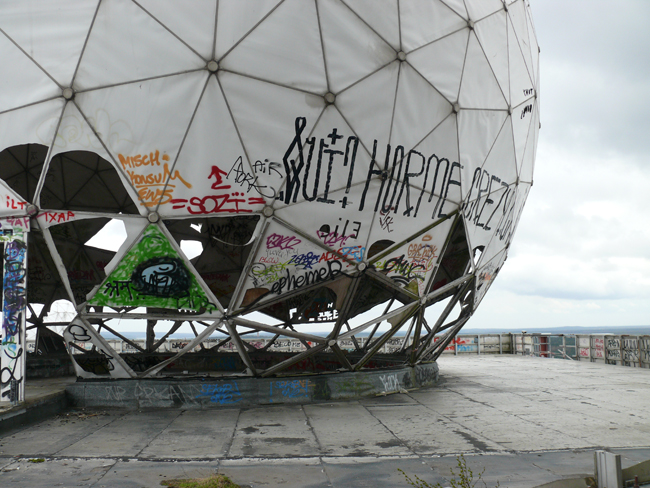 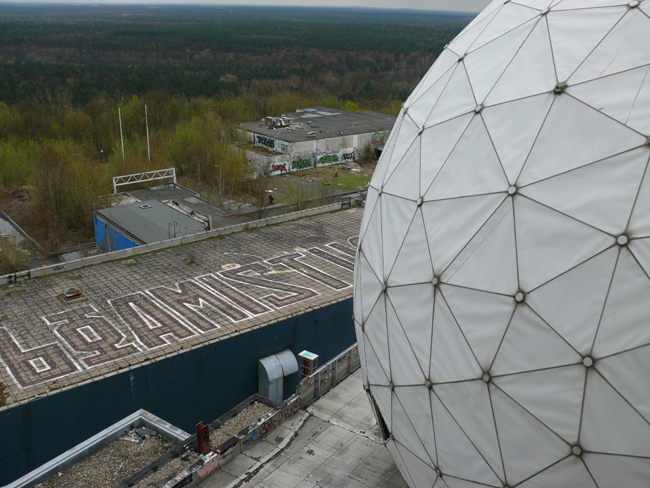 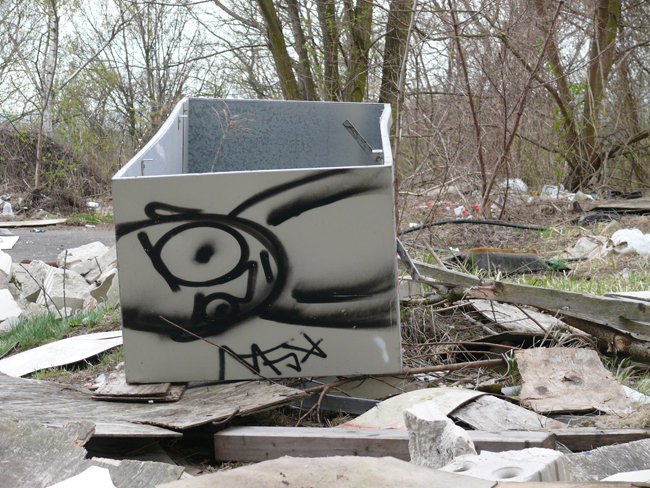 Filed under GRAFFITI · Tagged with Germany