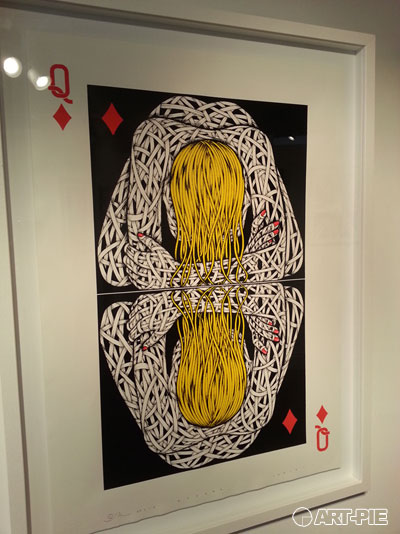 It was lunch time and I was again walking towards the place that would put an end to the hunger I had been victim off all morning.

I then once again walked past the Frameless gallery in Farringdon which I had never bothered to visit until today.

I certainly knew about it but either the thought of a mighty sandwich (I work really nearby) or a recurrent weak interest in what I could glance at, had always been dragging me away from it. Not today. Otto Schade’s show – Street art Olympics, was on.

It really adds a dimension to any show when the artist paints something onto the front of the building where his/her show is held at and Otto Schade just did that.

The one who knows Otto Schade’s works will recognise this familiar face – see picture.  (more pictures after the fold)

There is a clear Olympics theme for the pieces on canvases that can be seen in the first part of the show (upstairs that is – it is worth to point out that I was not aware of the downstairs bit of the gallery which adds so much to the whole space and make it one of the best venues I have been in recent months).

Next to those, sit a series of more traditional prints. 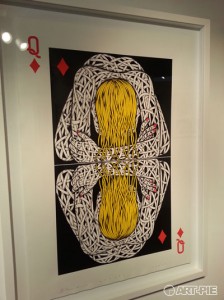 Head downstairs and find a variety of other pieces from Otto Schade from portraits of the Queen Elizabeth to the representation of a panda which seems to have found a ball to play with. It was hard to find an obvious link with the Olympics here – let me point out that the show is called “Street art Olympics”.

And there I saw it, I saw the piece I want to own: a make over of the Queen of Diamonds playing card by Otto Schade. The colors work so well, the intensity of this piece obtained by hiding the face of the character is intense and seductive. 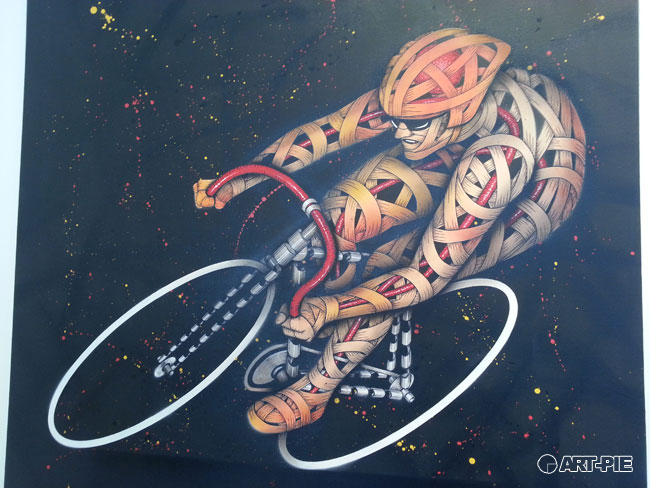 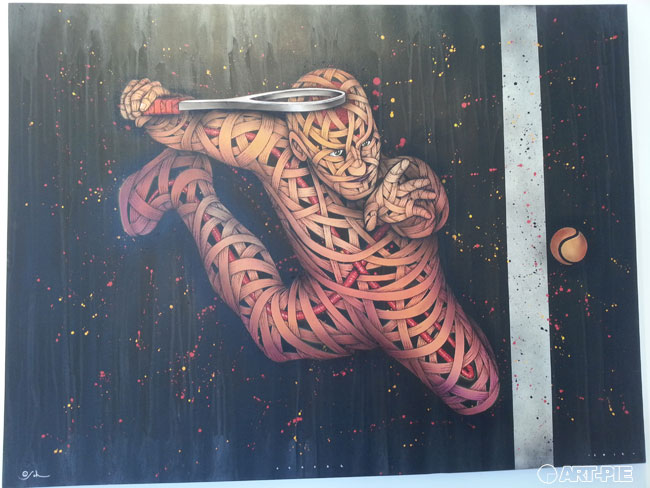 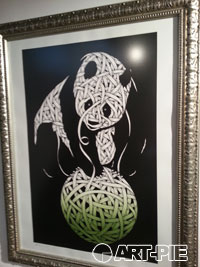 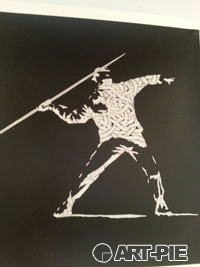