“Reified people proudly display the proofs of their intimacy with the commodity. Like the old religious fetishism, with its convulsionary raptures and miraculous cures, the fetishism of commodities generates its own moments of fervent exaltation. All this is useful for only one purpose: producing habitual submission.”

Guy Debord, The Society of the Spectacle, p.33 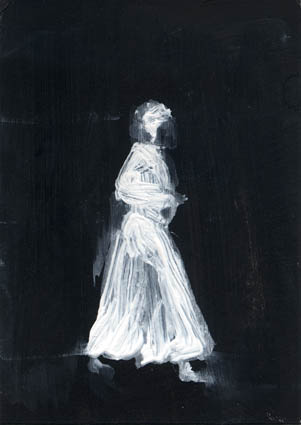 My first question was what exactly is a ‘reified person’? “In Marxism reification is the thingification of social relations or of those involved in them, to the extent that the nature of social relationships is expressed by the relationships between traded objects,” I found that definition in Wikipedia, it made an impression on me once before and I wondered if it would shed light on what Debord might mean as a ‘reified person’.

1. a person who worships someone in the public eye turning them into an idol and collects all manner of idol memorabilia

2. a person who takes on the attributes of a worshipped idol in the projection of a personal identity

3. a person who expresses personal identity through the outward display of status brands

5. each and every one of us in the Western World (I cannot speculate here on other cultures)

As I wrote the first three, I realised the fourth and fifth. Some of these possibilities present themselves through the work of Cathy Lomax and other artists in This ‘Me’ of Mine such as Annabel Dover and Kate Murdoch, though, in their work, not as idol worship but the simple expression of social relationships through objects or the exchange of objects. This idea of ‘reified people’ is implicit throughout my interview with Cathy Lomax, The Perfect Wrapper. 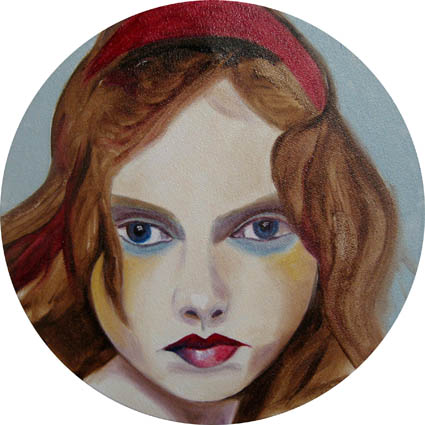 Jane Boyer: Your work often deals with pop idols (Sixteen Most Beautiful Men, Dead Filmstars) and iconic film imagery (Film Diary, The Count of Monte Cristo). Curiously though, it’s not pop culture which is your subject, but the fascination, escapism, hero-worship and fan-love we’ve all experienced. What fascinates you about our psychological propensity to fascination and ‘longing for something unobtainable’?

Cathy Lomax: I think that pop culture in general is just a wrapper for supplying the things that the market demands – i.e. what we want. These things do not change much; they are excitement, desire, escapism etc. So with this in mind I let myself lead the direction of my work by following what it is that I am drawn to. I do not like to think that I am in any kind of elevated position in my commentary on my subjects; I am in and amongst the subject matter. Looking deeper into what it is I am interested and fascinated by, it is apparent it is something that I do not actually want but rather that it is something I can think about and live out in my head – probably because this is the safest way to do it. This is what led me to the Film Diary as film for most people is the most intense way to experience other lives and worlds. 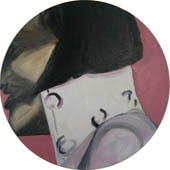 Read more of our interview here.

Warning: Use of undefined constant php - assumed 'php' (this will throw an Error in a future version of PHP) in /homepages/5/d460810189/htdocs/wp-content/themes/a-pjun13/tpl-post-short-side.php on line 30
· Tagged with This 'Me' of Mine