How would you feel if you were the suspect of a murder? And what if the investigation would last 17 years? You might go mad one might say. Or you might transpose this situation into some form of art.

Meet Robin Lee and his paintings depicting real murders scenarios, including the one in which he was a suspect. All 10 paintings were brought to the artist’s attention from the news, his sister and from various friends within the legal profession or from common history.

As I stepped into Tapestry gallery, I was not aware of the context of the artworks on display, blame this on a mad day in the office leaving no time for anything else but working, and was immediately drawn to the large pieces flanked on the wall I was facing.

The other thing I quickly noticed was the rather dramatic look of all the characters depicted in Robin Lee’s pieces and the colour red standing out in most of them. Blood that will turn out to be. 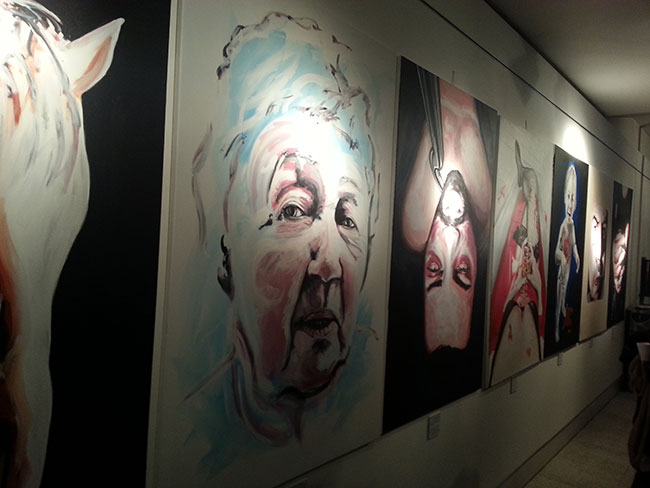 A quick look a the board located at the entrance and all became very clear and slightly darker: I was looking at some artist’s visions of murder scenes but not imaginative ones, actual ones.

From that point onwards, it was quite difficult to focus on the visual aspect of the pieces since the only thing I wanted to know is HOW these people got murdered.

However, 20 minutes into looking at the exhibit and my morbid curiosity had worn off and I was able to appreciate the skilful brush stroke and the ability to really give a dramatic aspect into those eyes. 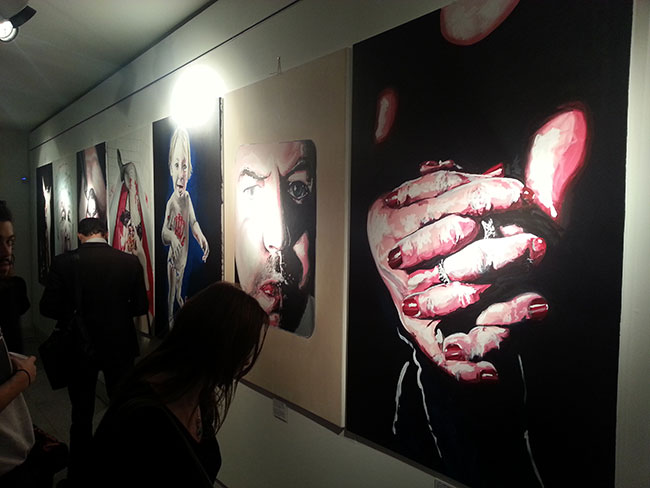 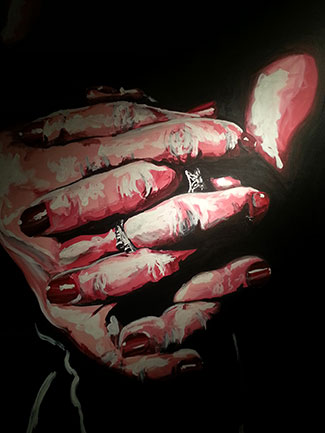 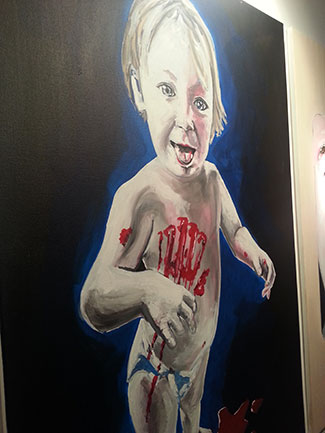 ‘Murder’ a show by Robin Lee runs until today