I recently posted the opening clip for the cult movie Paris, Texas, directed by Wim Wenders and written by Sam Shepard, on the RECURSIVE blog in response to something I read from Difference and Repetition by Gilles Deleuse, 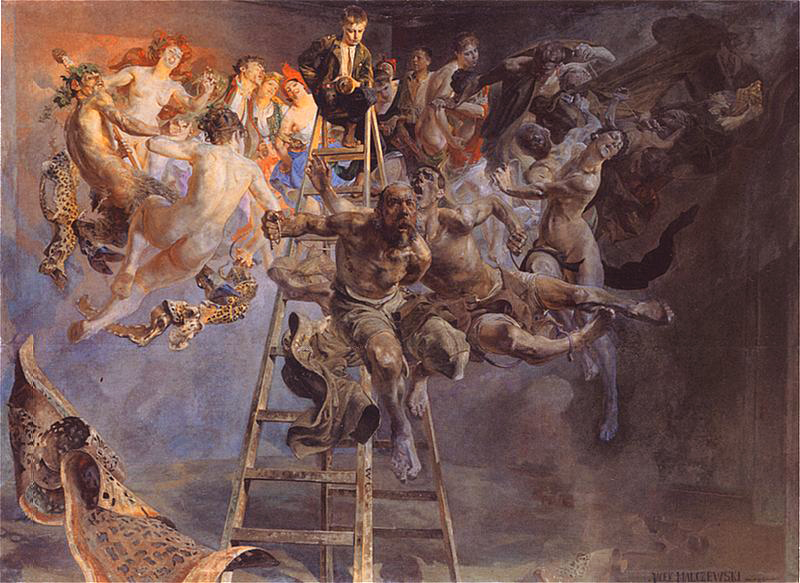 “For it is perhaps habit which manages to “draw” something new from a repetition contemplated from without. With habit, we act only on the condition that there is a little Self within us which contemplates: it is this which extracts the new – in other words, the general – from the pseudo-repetition of particular cases. Memory, then, perhaps recovers the particulars dissolved in generality…It is in repetition and by repetition that Forgetting becomes a positive power while the unconscious becomes a positive and superior unconscious (for example, forgetting as a force is an integral part of the lived experience of eternal return).” (p.8-9).

I find this compelling and very true in the sense that normal forgetting moves information into the subconscious where it ruminates and comes back out in a creative interpretation. At least, that has often been my experience with a forgetful mind. As an artist I don’t want to copy the work of others, but I can’t help absorbing the visual stimulation of other’s influence. I rely on my ‘forgetting mechanism’ to make something new – at least I always hope it does.

But in a film like Paris, Texas, the forgetting is a looping trap that neither removes pain nor finds relief. It is not a positive force, but a negative destruction. That’s why repetition is a double-edged knife, both positive and negative, and why Nietzsche’s ‘Eternal Return’ contains the unending and unbroken circle of experience, passing through pain to find salvation.

I’m disturbed by reading of huge increases in prescription pain killer use and a rise in heroine deaths in the US. What would Nietzsche and Deleuse say about that I wonder?