No need to remind anyone about what just happened in France, the country where I was born. No need either for me here to go into any political debate as this site only celebrates the creativity out there and we’ll keep that way.

I just wanted to share some of the cartoons that emerged following the events which once again demonstrates again the power of creativity and the mighty effect that pencils, brushes or pens can convey.

This is for you the families of all the victims, these are for whoever got affected by what just unfold. 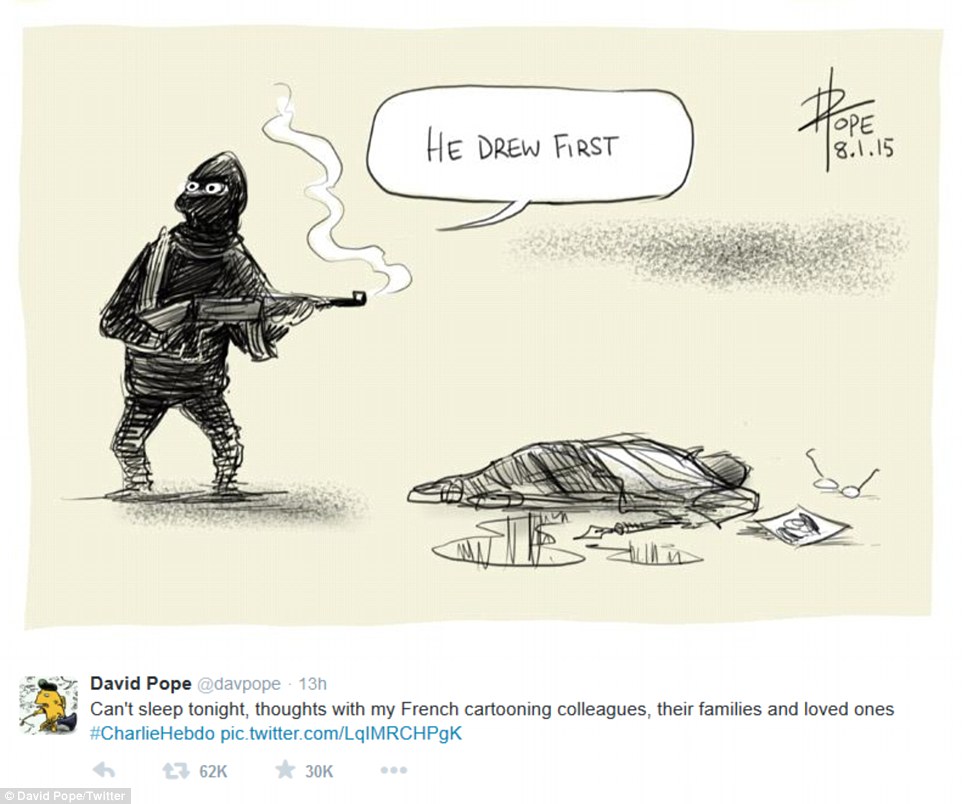 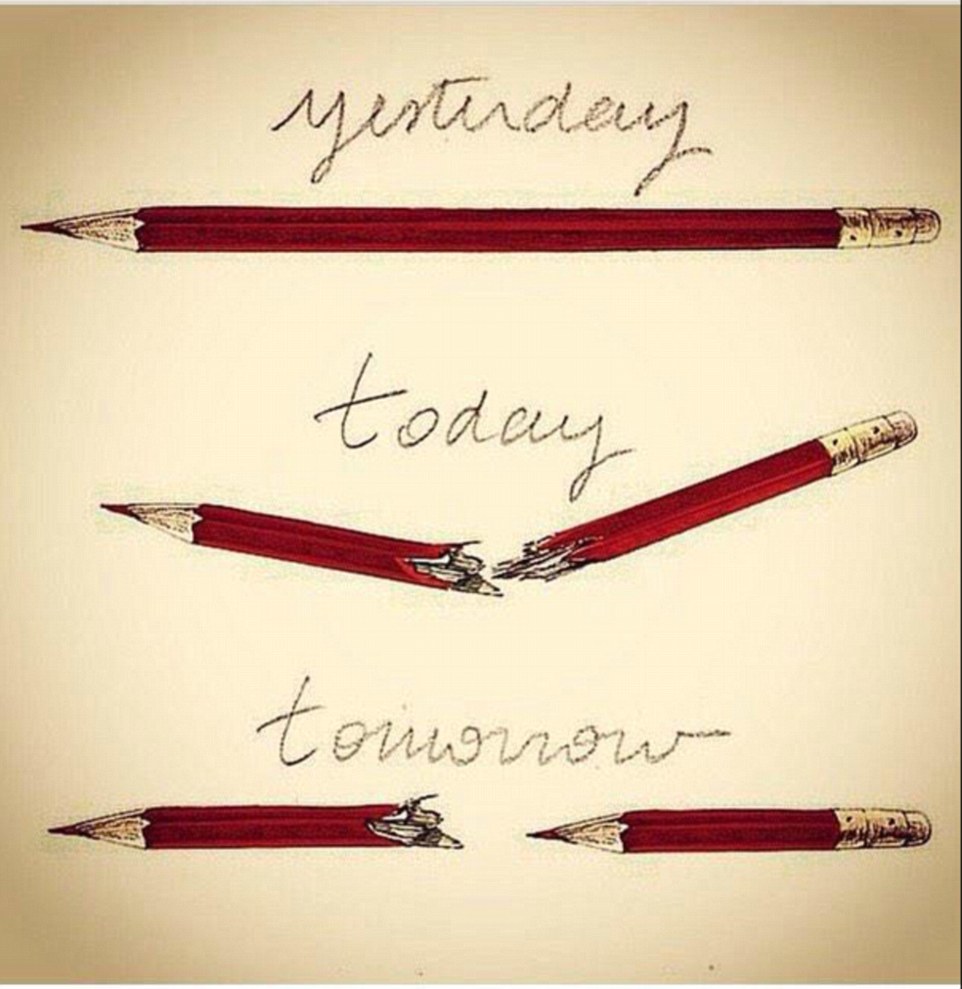 By a Chilean artist entitle “And this is our gun 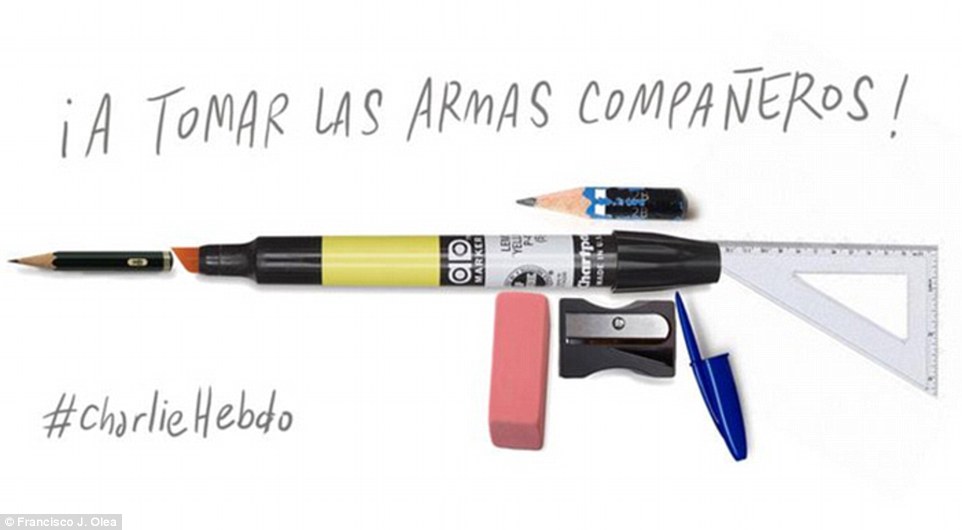 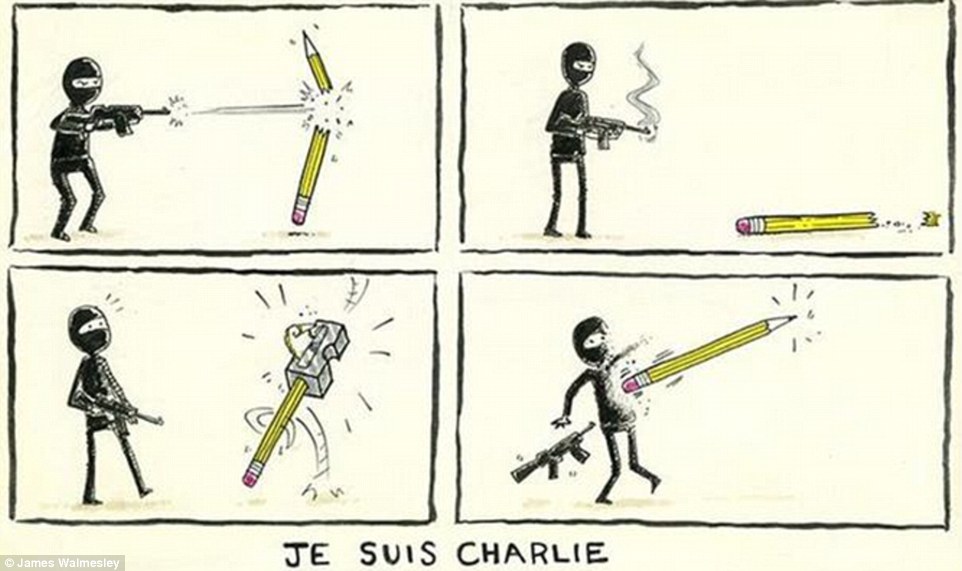 it is published every Wednesday, with special editions issued on an unscheduled basis.