Inspired by a View-Master and “pop-up” books as a child, Allen became interested in recreating these three-dimensional experiences by using old books and pulp fiction paperbacks as still life subjects. 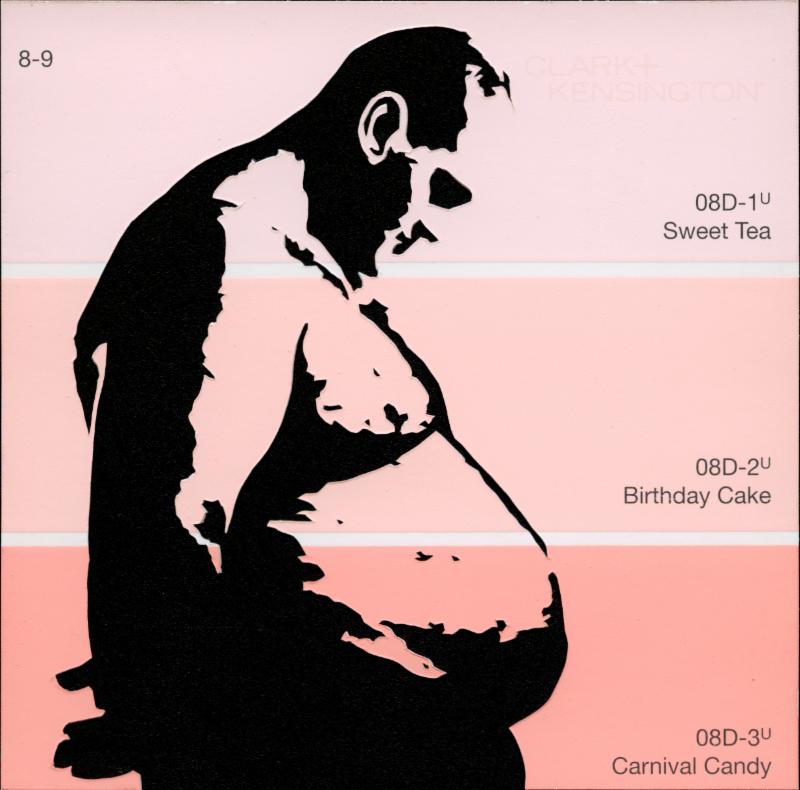 In producing his new series of photographs, Paint by Numbers, Allen has gone to the hardware store and has selected standard paint swatches to use as his primary generative medium. As announced at Allen’s 2009 solo show Epilogue at Foley, Allen has parted ways with his signature use of cutting from book illustrations.

Utilizing wit to illustrate titles such as Birthday Cake, Carnival Candy, and Sweet Tea, Allen playfully employs the idea of color with historical and cultural associations. Titles offered in the paint swatches are implicative: his deftly cut figures reference popular subjects, each of which are enlisted by the name of the paint sample they are carved into.

Allen selects figures such as Donald Trump or Gene Wilder, subjects able to perform the lexicon of narrative titles like Blowfish and Golden Ticket. In the process of assemblage, Allen is able to create narratives that reveal the constructed nature of images and incorporative aspects of collage, photography, and montage.