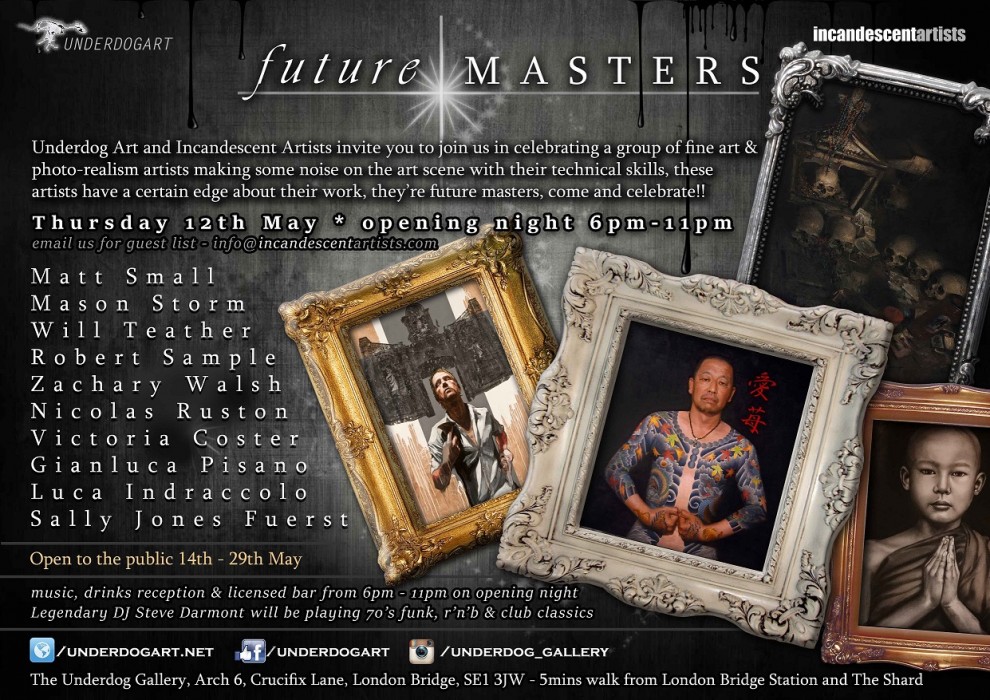 Underdog Art and Incandescent Artists invite you to join us in celebrating a group of fine art & photo-realism artists making some noise on the art scene with their technical skills, these artists have a certain edge about their work, they’re FUTURE MASTERS, come down to The Underdog Gallery.

We’ve picked these artists because we believe they have a certain “je nais se quoi” about their work and their thought process, sometimes provoking, sometimes dark, sometimes humorous but mostly just amazing!

Not only we will be supplying you with a visual feast of technically skilled art but we’ll also have legendary DJ Steve Darmont playing 70’s funk, RnB and club classics from 6pm – 11pm, we’ll have a drinks reception and we’ve got a fully loaded and licensed bar so there’s no excuse not to come down and have an amazing night of art and music in one of London’s most trendy venues!