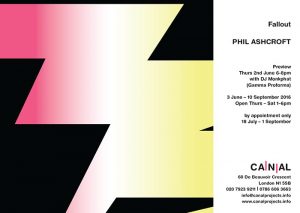 CANAL is pleased to present its show for the summer, an exhibition by Phil Ashcroft, mixing live painting, large scale canvases and screenprints.

Ashcroft will create a new large format painting in the gallery over the course of the exhibition, bringing his studio process directly into CANAL, as well as presenting a new lightbox work inspired by the gallery’s location on the Regent’s Canal at Haggerston, east London. 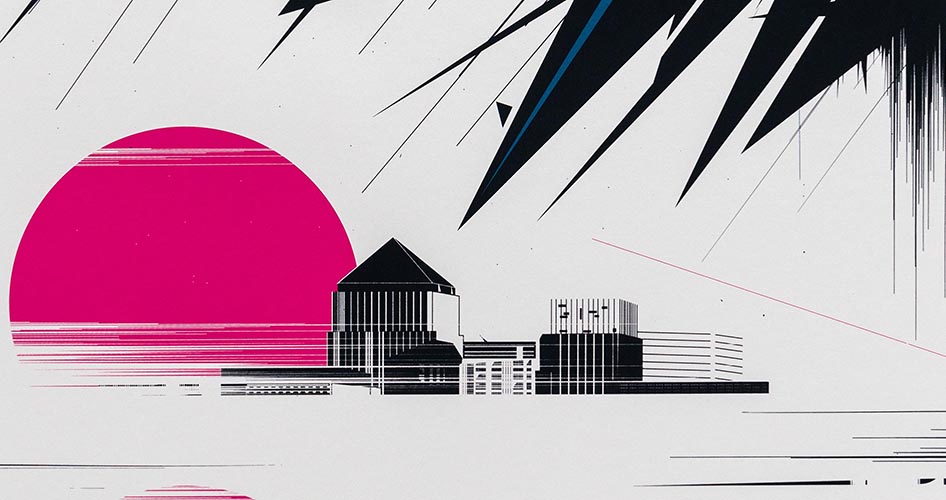 His first monograph, Solar System Parameters , with forward by Paul Hobson, was published by Gamma Proforma in 2013.