Halcyon Gallery presents its very first exhibition devoted entirely to the works of Andy Warhol. With over one hundred pieces on display, including graphics, portfolios and original works on paper and canvas, WARHOL ICONS is an exploration of the legendary Pop Art icon’s artistic ingenuity and importance.

Most Warhol iconic works are in the show

The exhibition spans Warhol’s iconic career from his early illustrative works of the 1950s, through Pop Art’s 1960s heyday, until his untimely death in 1987 – addressing the artist’s exploration of every facet of modern life, from consumerism and commissions to Communist politics.

Amongst portraits of iconic figures and celebrity friends such as screen siren Ingrid Bergmanand champion heavyweight boxer Muhammad Ali, WARHOL ICONS includes an original self-portrait – Self Portrait in Fright Wig, a striking collage work on paper which celebrates the artist’s enduring legacy and mastery of his brand.

Displayed according to Warhol’s original 1962 brief as to simulate cans stacked along supermarket shelves, the instantly-recognisable packaging present in the Campbell’s Soup I portfolio exemplifies Warhol’s fascination with commercial culture, the mainstream and mass production. In the same room, an original Campbell’s Soup Box: Chicken Soup is an interesting development – commissioned following the success of the former portfolio, the soup boxes further demonstrate a revolutionary period in art and culture where the status of everyday consumer items was elevated.

Along with Campbell’s Soup I, the exhibition features five of Warhol’s most celebrated portfolios of 10, including Cowboys and Indians and Endangered Species – the former deriving from the treasure trove of archival photographs, postcards and images of Native American artefacts that the artist collected throughout his life whilst the latter is a nod to Warhol’s ongoing interest in conservation and the environment.

WARHOL ICONS also features the rarely-seen Anatom (Rado Watches) – produced just a few months before his death and one of his last works ever created. The work is one of only three canvases created by Warhol depicting the iconic Rado DiaStar ‘Anatom’ watch. Rado Switzerland – a watch brand renowned for its sleek, luxury timepieces – commissioned the artist to produce the series of paintings in conjunction with their seventieth anniversary in 1987.

WARHOL ICONS offers an engaging insight into the life and works of a cultural icon. Through Warhol’s discerning eye, the exhibition reveals a layered social and cultural commentary underpinned by the visual art movement, Pop Art. 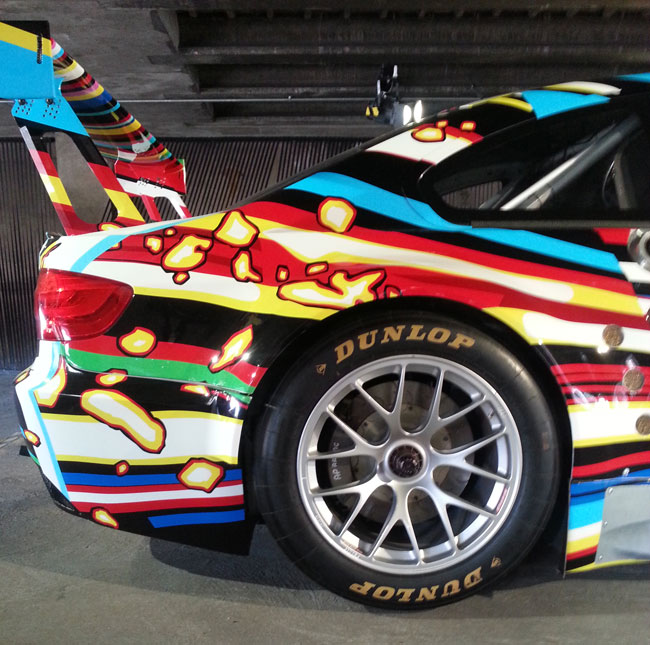 Whatever some may think about the London 2012 Olympics, it is bringing a lot art and life to the city making it not only the sport capital of the world but very much a cultural hub right now. We have started to enjoy the many exhibitions and pop up art shows part of the London 2012 festival that is running along the Olympics and actually right into September.

We made our first stop at Art Drive and we so glad we did. The NCP Car Park, 35 Great Eastern Street, Shoreditch, London EC2A 3ER which I ignored so many times as I walked past, is now cocooning the BMW Art Car Collection. 17 cars turned into pieces of art. I will never see again that car park with the same eyes.

You have to go back in 1975 to see the first ever BMW Art Car burning some rubber at the famous Le Mans 24-hour race. From there 16 other Art cars followed which all competed in this very race until the current and last one ever painted – The Jeff Koons one, see below for pictures. Some of the artists who got involved in this 35-year long project are Andy Warhol, Alexander Calder, Cesar Manrique or Frank Stella.

But enough about the history, let’s go and see the cars! The settings for this show are completely surreal: the car wash team, based outside of the car park was at it while I was greeted with a big smile by the the Art Drive team and quickly ushered inside the car park and rapidly wafted in a huge lift that can most definitely contain a couple of cars but above all that made me feel right into some sort of action or sci-fi movies like Alien. I was excited now.

The girofar then went off, a strident sound soon followed that smashed the relative silence that had settled during my journey up to the unknown. The door slid open: I had reached the 8th floor and was about to see my first Art Car.

Enjoy the pictures below and leave a comment if you like any of them! Consult this website to read more about the cars, designs and artists that took part in this project

A bit of trivia for you – the BMW Art Car M1 by Andy Warhol was the most successful car on the circuit de la Sarthe, it took sixth place overall in 1979.

The latest and last BMW Art Car by Jeff Koons 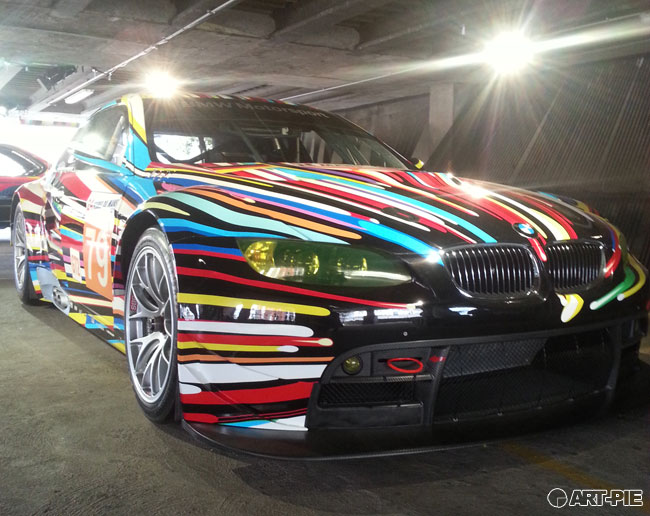 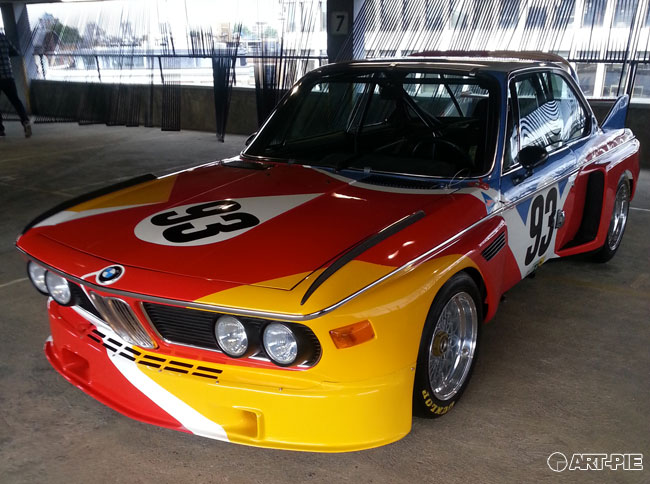 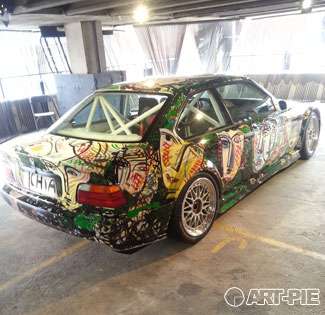 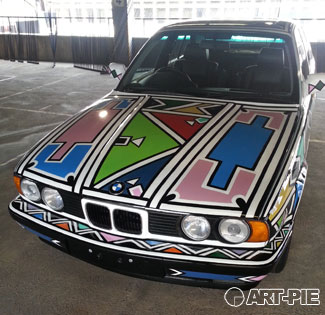 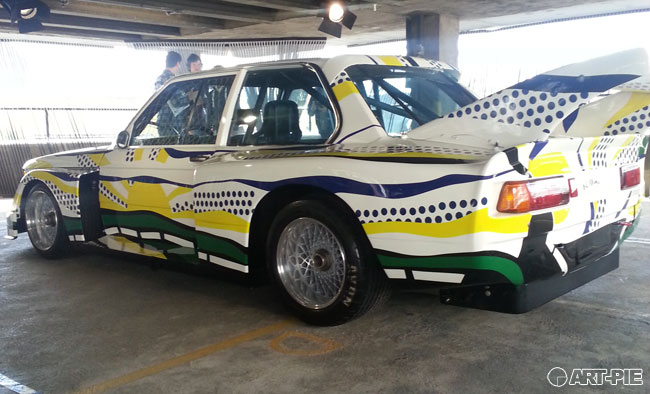 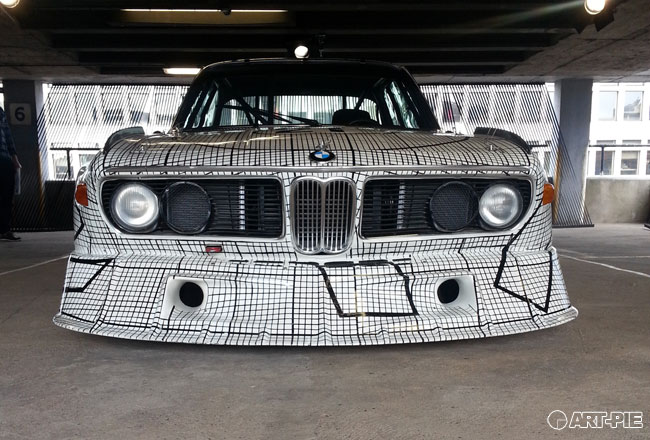 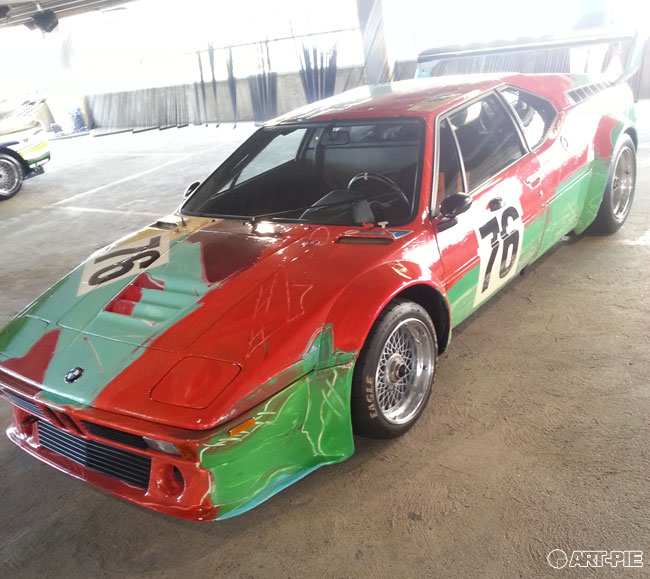 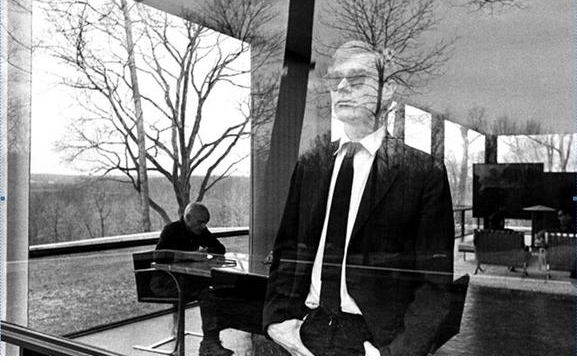 Warhol, just the name conjures up an instant catalogue of artworks/images that transcend generations – the Campbell’s Soup tins, the Jackie Kennedy prints – and define the pop art movement.

This exhibition gives viewers a glimpse into something other than the primary colours and consumerism images of Andy Warhol. Proud Chelsea is exhibiting a photographic memoir of a year at the Factory – Warhols working world of creativity and notoriety. The images were taken by David McCabe who was a rising star on the New York photography scene during the 60s, he was contacted by Warhol and asked to collaborate with him in documenting life at the Factory between 1964 and 1965.

McCabe was asked to conform to two conditions by Warhol: that he didn’t use a flash and that he was someone who would fit in; David became part of the Factory’s entourage and took over 2,500 photographs at the Factory and other locations around New York.

This is McCabe’s first UK exhibition and highlights this world that Warhol created the exhibition features snap shots of other artists Warhol knew, such as Salvador Dali.  In one image Dali is seen to be explaining one of his paintings to Warhol, almost in a teacher/professor like manor.

This small display at Proud Chelsea of McCabe’s photographs are a peek into Warhol’s world and the stars of the Factory,  one of these was Edie Sedgwick, for whom this display is for; commemorating the 40th anniversary of her death. She features across many of the images and her contemporary look could be straight out of a bar in Chelsea today.

One striking image for me is Philip Johnson’s Glasshouse1964/5  something about the angle, the glass and space that perhaps say a lot about Warhol and the world he was cultivating, his look of almost a surveying nature. It also reminded me of a clothing advert – the slick, clean cut look and serniness of the image –  it could almost be for Burberry.

The  images still feel modern and some are more candid than others, such as one featuring Edie, Chuck Wein and Warhol at a party at the Empire State building in1965, which could almost be a Facebook picture, the three of them are huddled in close, looking up at the camera.

The display  features images that Warhol decided did not portray him in a light he was keen to cultivate and they were put away by McCabe and left. Some of these unique photographs have been untouched or unprinted, for nearly 40 years so its well worth a look.

Downstairs are some of Proud’s other images by terry ONiel and others. My favoruites is a shot of the Rolling Stones with paige boy hair cuts from 1963, an open shirted Mick Jagger striking a pose for an image entitled ‘Mick’s Lips’ and the sultry Marianne Faithfull in knee high socks and Mary Janes. All of the images no matter what the year still look modern, with looks straight out of today’s catwalks.