Transcend, a show by Tom French at Lawrence Alkin gallery

Click to enlarge Following his 2014 sell out show, Tom French returns to Lawrence Alkin Gallery with his latest body of work, Transcend. Evolving from French’s Duality series, the exhibition continues to incorporate figurative elements and the artists’ signature use of illusion, while embracing abstraction more than previous works. About the artist and this show In the slant towards abstraction, French allows for his work to be interpreted on multiple levels. He commented:... Read More

Posted by Pierrick Senelaer on January 14, 2016 · Leave a Comment 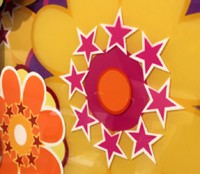 Opening their 2016 exhibition programme, the Lawrence Alkin Gallery welcomes STATIC to host a solo exhibition presenting their unique layered glass reinterpretations of 8-bit video game graphics. The show has been born out of the duo’s massively successful Game On! image released early 2015. Press Play reflects on the sub-culture of gaming and how since its inception in the mid-twentieth century it has carved for itself its own sub-culture and global following, which... Read More

A busy summer for Dave White

Posted by Pierrick Senelaer on July 8, 2015 · Leave a Comment 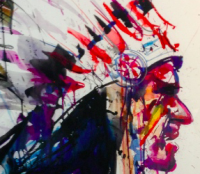 Good and warm weather are good things but how about good art shows? Yes that adds to the flavour. Dave White is a contemporary British Artist who dedicates his work to celebrating popular culture and interpreting emotive issues. White graduated with a BA (Hons) Fine Art (Painting) at Liverpool John Moores University. He has enjoyed success from the inception of his career with selection for the Northern Graduates exhibition at the Royal College of Art in 1994, then exhibiting... Read More 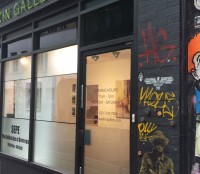 When we got the email about this show –The Golden Age of Grotesque by SEPE (aka Michał Sepe Wręga), we immediately got very excited as we knew for sure that it would be a good one. We have been following SEPE at Art-Pie for a while now and know he’s destined to great things and achievement in the art world. > More pics at the bottom of this article What is the show about? “Lawrence Alkin Gallery are thrilled to present ‘The Golden Age of Grotesque’,... Read More 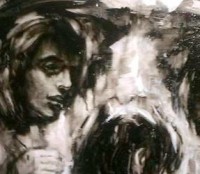 Tom French is one of these artists who conveys a very particular style and when you see a “Tom French” you know right away that it is a “Tom French”. With this idea occupying my mind, I was looking forward to see the artist’s new show “Flux” at Lawrence Alkin gallery. I was already familiar with the artist’s intricate style where skulls are a major element in his works. But look closer and you might realise that there is most probably... Read More