Posted by Pierrick Senelaer on October 6, 2011 · Leave a Comment 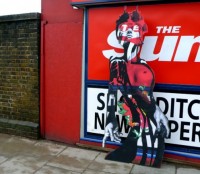 Missum, one half of street art sensation Miss Bugs is to exhibit her first ever solo work at Ink_d Gallery, Brighton. Breaking onto the UK street art scene in 2007, the artistic partnership of Miss Bugs, Missum, has gained international acclaim, culminating in the recent sell-out Parlour show at the Brooklynite Gallery, New York. For this solo show, 20 new works will be revealed where Missum’s unique approach using watercolours, collograph and drypoint etching techniques... Read More

Posted by Pierrick Senelaer on September 9, 2011 · Leave a Comment 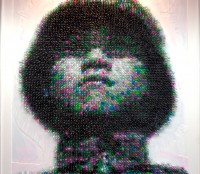 I am so glad that the show got extended since although it has been on all summer, I did not manage to go down before last week end. I meant to go for ages but busy was my schedule or was it really? I don’t know but now I went and came across artists I need to tell you about. I have to point out before I get going that the dude behind the mac was well a dude, but not engaging for a bit when I tried to talk to him. Shame but lucky enough that the line up of art is so worth... Read More