Posted by Pierrick Senelaer on September 11, 2013 · Leave a Comment 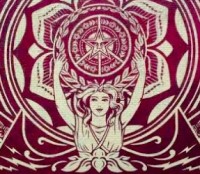 Posted by Pierrick Senelaer on July 7, 2013 · Leave a Comment 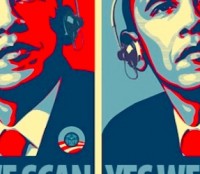 Shepard Fairey’s face must have dropped when he saw these “Yes we scan” posters which are a “remix” of his now iconic “Hope” pieece for Barack Obama’s 2008 presidential campaign. Yesterday he was the one using a photograph without permission, which got him into  a legal battle and a $25,000 fine, but today it looks like someone is doing just the same. We hear that Shepard Fairey likes the posters a lot and that he will not start... Read More

Posted by Pierrick Senelaer on November 3, 2012 · Leave a Comment 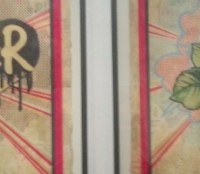 Shepard Fairey’s Sound and Vision show has been the hot topic in town for the last few weeks. The artist and his crew has hit hard for this show since not only the Stolen Space gallery is hosting the show but another much bigger one a few yards away has also been necessary to give a roof to the impressive amount of pieces the artist has produced. Since the Hope portrait of Obama back in 2008, Shepard Fairey and his brand OBEY has become something people recognize and like.... Read More