I always wondered if I could appreciate ‘digital painting’ as much as more traditional painting, what I mean by that is art which is made with brushes or pencils on some panels or canvases as opposed to via a computer.

Call me old fashion but I like thinking about artists spending hours in their studio, stroking or splashing paint on canvases but I must admit, I now also get exciting with this computer assisted method of painting that we call ‘Digital painting’

Simon’s paintings and stories take place in an alternate version of Sweden in the 80s and 90s. The central location is the countryside of Mälaröarna, a string of islands and half islands just west of Stockholm. The background is this:

In the 1950s, the Swedish government orders the construction of a large particle accelerator. The state agency RIKSENERGI is tasked with developing this massive project. In 1969 the The Facility For Research In High Energy Physics is ready, located deep below the pastoral Mälaröarna-countryside. The local population soon calls it THE LOOP. 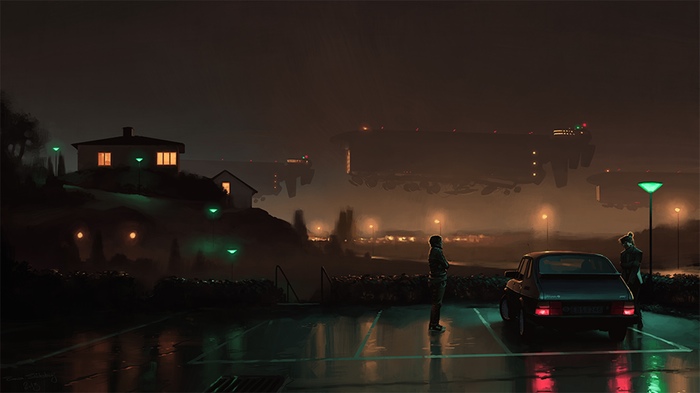 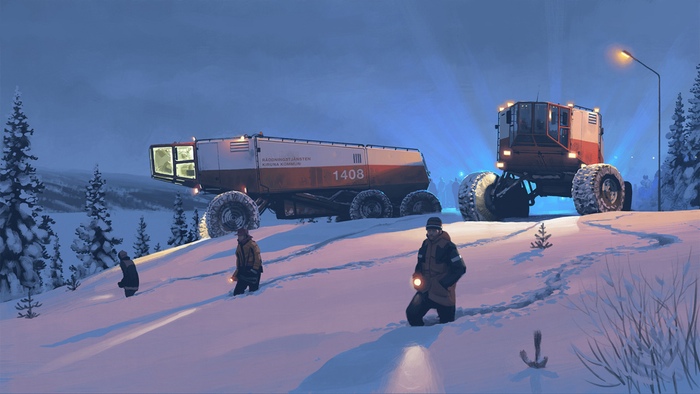 From it’s inception to it’s closure in 1994, The Loop was the largest accelerator in the world. The thousands of staff: scientists, engineers and maintenance workers, all serve Riksenergi during these years – and makes possible tremendous scientific advances. But the power of the Gravitron, the heart of the accelerator, proves difficult to control. The side effects of the project are dramatic. Strange sightings and bizarre rumours taints the scientific image of The Loop.

In the shadow of the weird machines filling the countryside, life continues as normal. The kids of Mälaröarna grew up living above the technological marvel of The Loop, but for them it was just a part of their very ordinary lives. Until strange beasts from another time showed up, that is.

Swedish artist Simon Stålenhag burst onto the art scene in 2013 when his first series of paintings were shared on the Internet. His original blend of naturalistic landscape paintings with science fiction elements and a very low key recollection of growing up in the eighties struck a chord. Not just in Sweden, but all over the world. 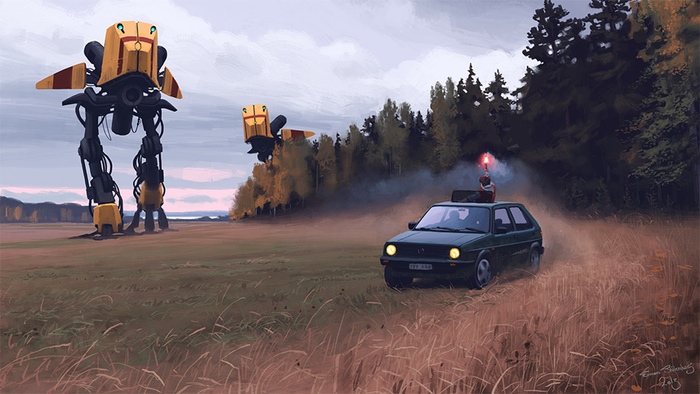 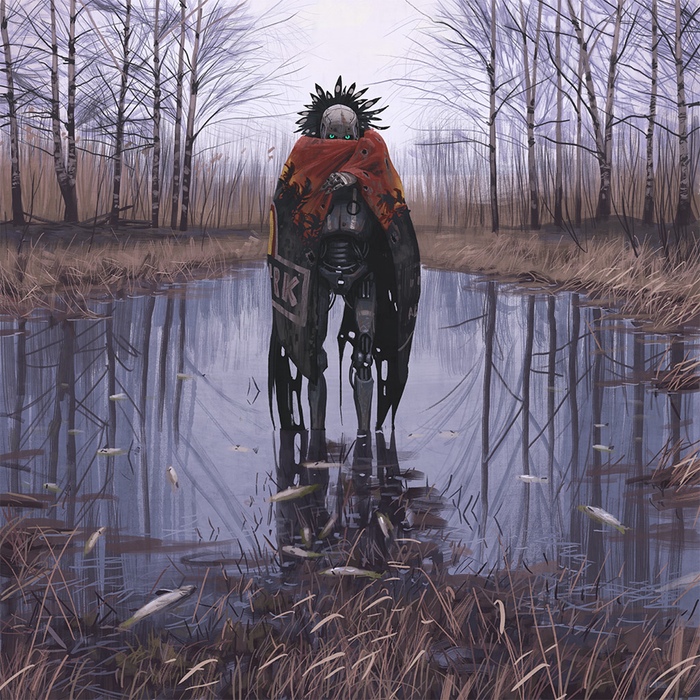 Based in Stockholm, Sweden, Simon uploaded his first digital paintings onto the Internet in 2013, since then he has become something of a phenomena in the art and sci-fi communities. Simon shares his time between a small cabin at Mälaröarna (the setting that inspires his work) and an apartment in Stockholm.