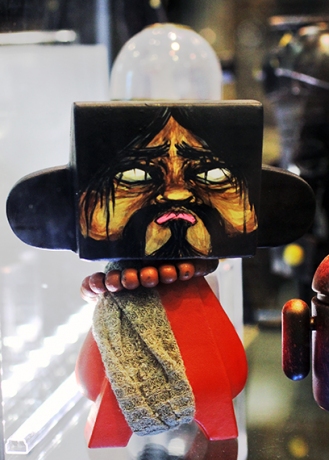 New York Comic Con 2012 has just happened and we are bringing you our top 5 favorites toys designs – this event is the East Coast’s biggest and most exciting popular culture convention.

New York Comic Con is the second largest pop culture convention in America and the only one that takes place in the comic book, publishing, media, and licensing capital of the world — Gotham City.

Dai Tran’s big-bellied custom action figures “Pandit” and “Bitsumo” — one a sumo wrestler and the other a panda — have a mythic rivalry that plays out on the graphic t-shirts he’s created for complimentary apparel line, as well as in his line of figurines. 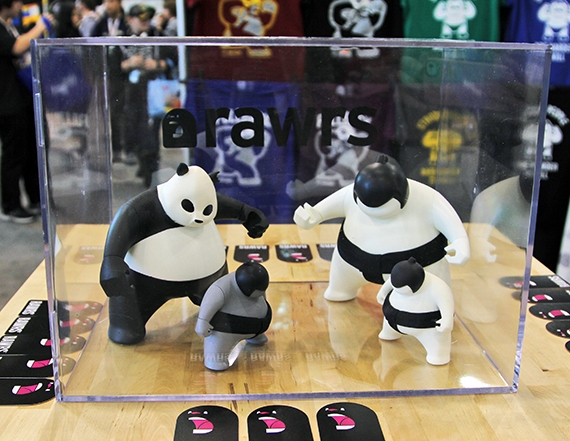 A certain ARTINFO editor (who will remain unnamed) couldn’t resist buying one of these heartbreakingly cuddly monsters herself. Each one is handmade, and comes with a backstory about their assimilation to planet Earth, based on the Madknits comic series. 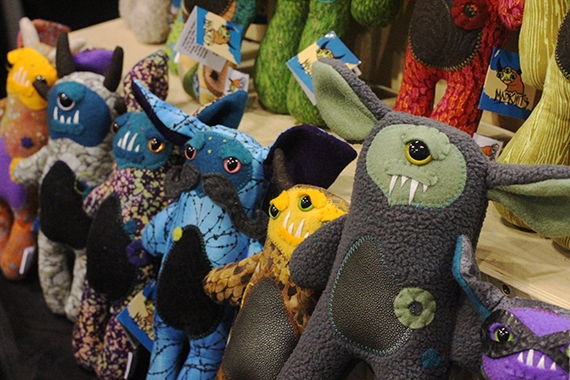 We wish we had the whole set of genius 4 GB toast-shaped USBs for our office. “Butta,” “Ry Ry,” “Crisp,” and “Tato” fit into a toaster hub, which also includes an SD card reader and works with any flash drive. 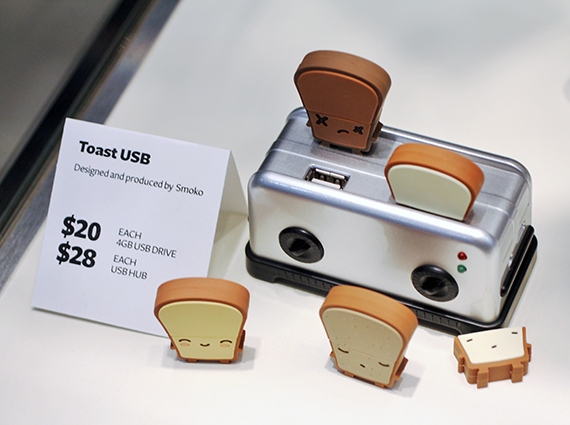 According to its creator, this trio of Buddha action figures — complete with big block heads and crazy eyes — was sent out into the world to rid it of its evils, absorbing bad energy and repurposing it.

The natural earth tones used by artist Pete Fowler for his “Molvox” series of devilish tribesman are perfect; details like the felt applique on a textured helmet and the toothy face painted on another figurine’s jacket make his little guys unique finds when bought 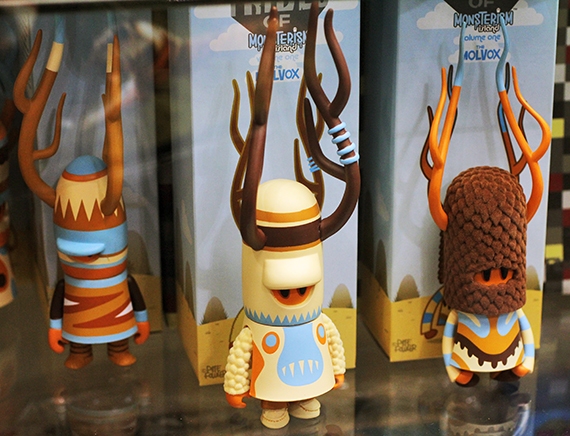 Taken from the Blouin Artinfo website, check there for photo credits