“The Ugly America” show opening today at The Outsiders is the work of legendary graffiti artist Saber’. The artist spent 8 weeks immersed in the Outsiders Newcastle branch last autumn and created all the works on display in the gallery this time in London.

We stepped in and were hardly wowed by what we were seeing: a series of pale wooden pallets works. We quickly realised that they were all depicting “The Star-Spangled Banner”, understand the American flag.

But then we remembered that “The Ugly American” refers to a multi-million-copy best selling book and 1963 movie, in which Marlon Brando starred, and is all about telling about the dark side of the American foreign policy. I looked again at the pale stuff and could relate now. Off downstairs… 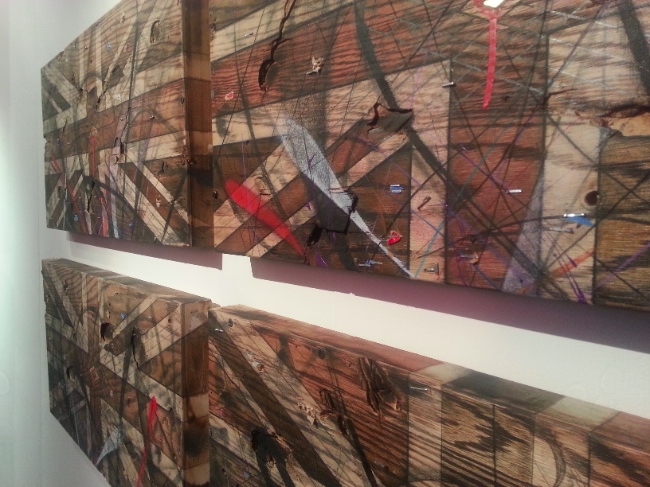 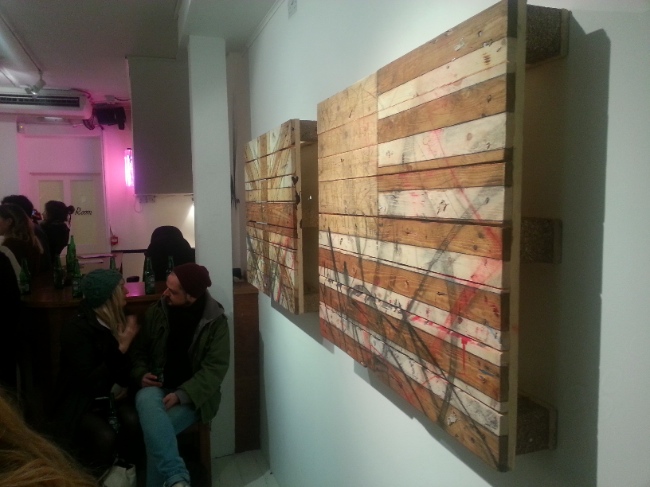 The mood was slightly happier down here and colours from Saber’s pieces smiling at me. The artist’s technique that consists of mixing aerosol art with oil and even charcoal pleased my little eyes. 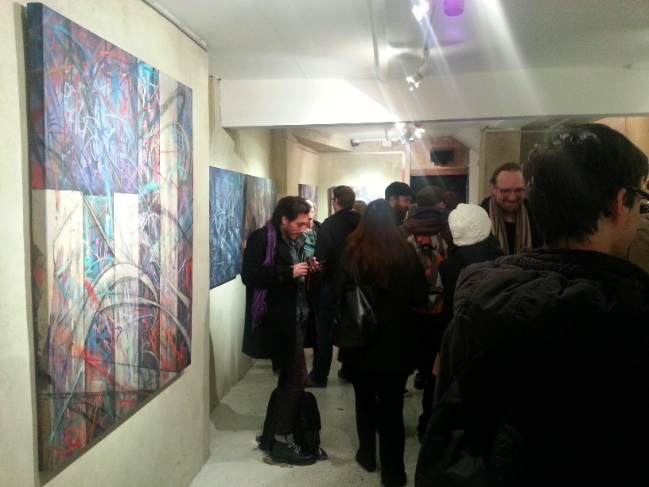 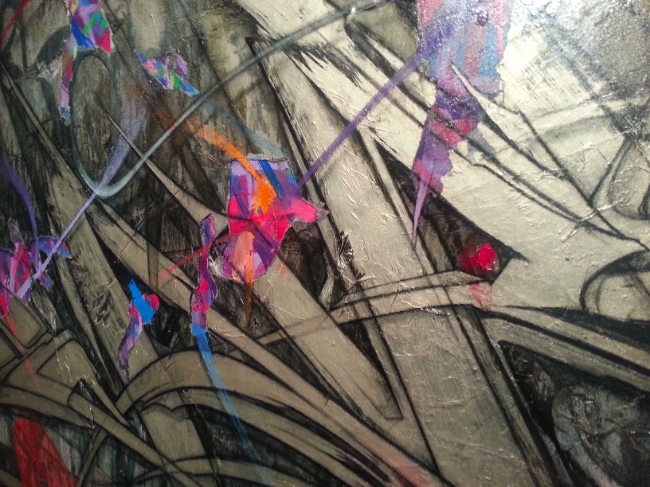 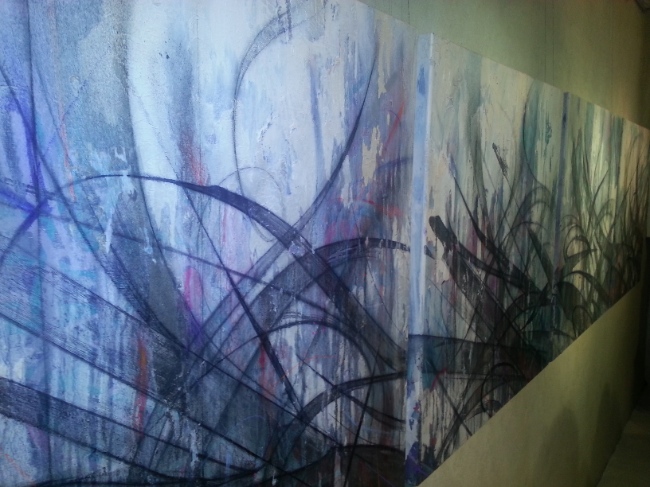