Cork native artist Fin DAC has not been around the street art scene as long as some other artists such as Inkie for example but he has been nevertheless left his mark out there and his works are appreciated by an ever growing amount of people across the world.

UK, France and USA is where you are the most likely to encounter his ‘Urban Aesthetics’ as he likes to define his art and style which combines paint and stencil techniques. Fin DAC did not go to some Art Schools but rather grab spray, cardboards or brushes and had a go.

We thank him for doing this.

His influences range from dark graphic novels through to the works of Francis Bacon and Aubrey Beardsley. 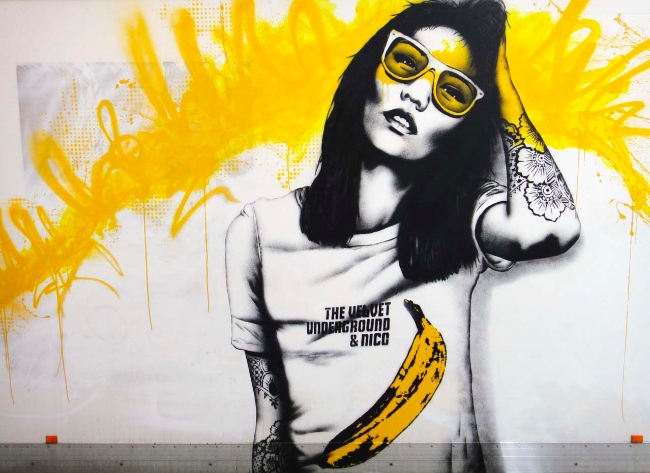 Girls seems to be the main subject in Fin DAC’s works. Here is what the artist says about this:

“I use 2 different models or muses: Nicole Wu for the very pretty/flowery pieces and Meghna Lall for the more edgy/rockier stuff. They are both people I found through Flickr. The shift towards more asian influenced themes in my artwork coincided with a seismic shift in my output and interest from the outside world… but I don’t ever think about the significance of that ”