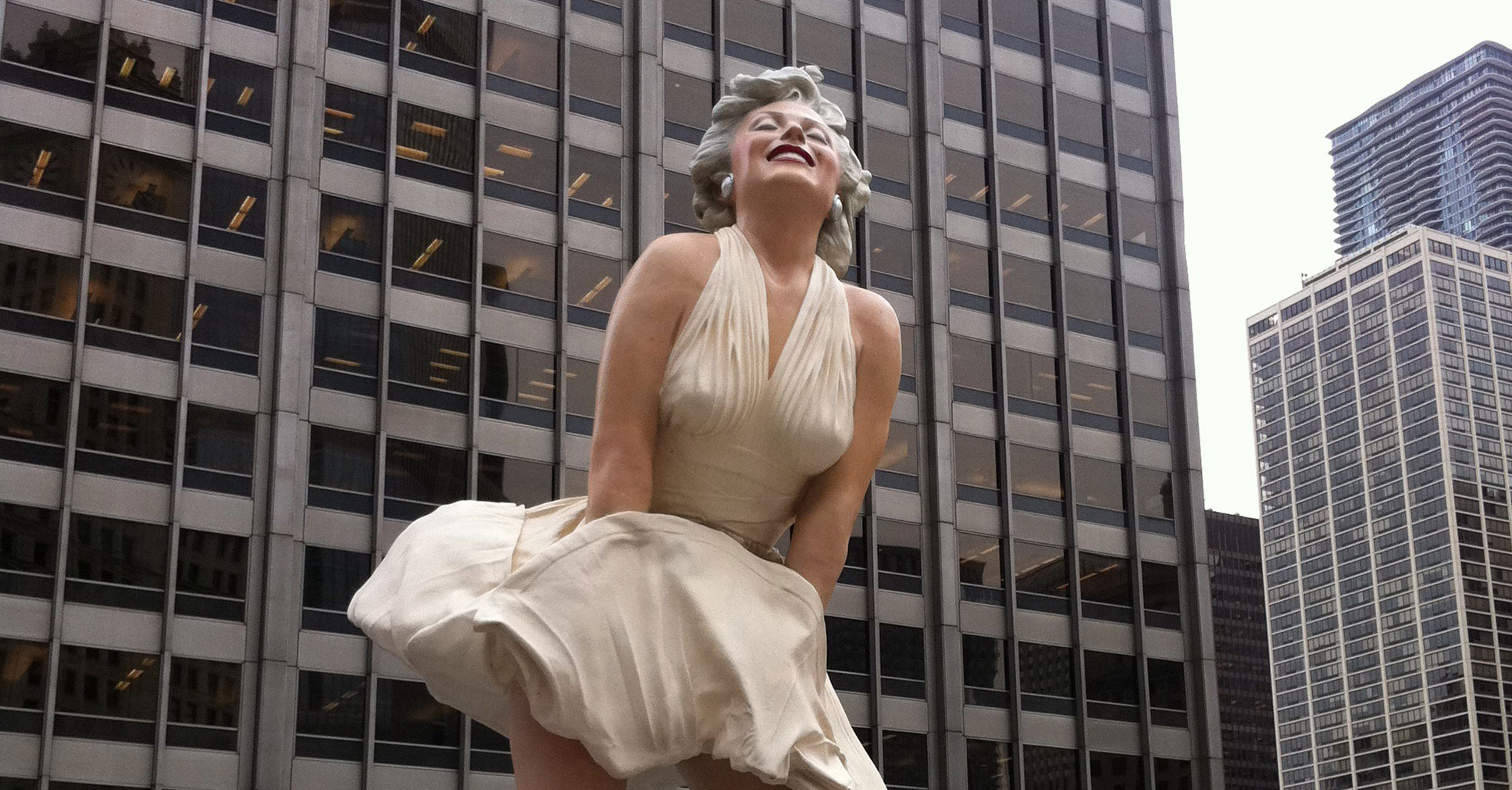 “Public art is art in any media that has been planned and executed with the intention of being staged in the physical public domain, usually outside and accessible to all.” says Wikipedia.

And this makes public art more likely to be criticized, because the potential number of passers-by can be substantial.  This is especially true in high-pedestrian cities such as  Chicago, which is well-known as an excellent place to encounter public art.

“Public art may include any art which is exhibited in a public space including publicly accessible buildings, but often it is not that simple. Rather, the relationship between the content and audience, what the art is saying and to whom, is just as important if not more important than its physical location” Wikipedia adds.

There you have it – public art is often bold, conveying a strong message which sometimes sparks significant controversy

We’ve included 5 public art pieces below, which have been and are still causing uproar. 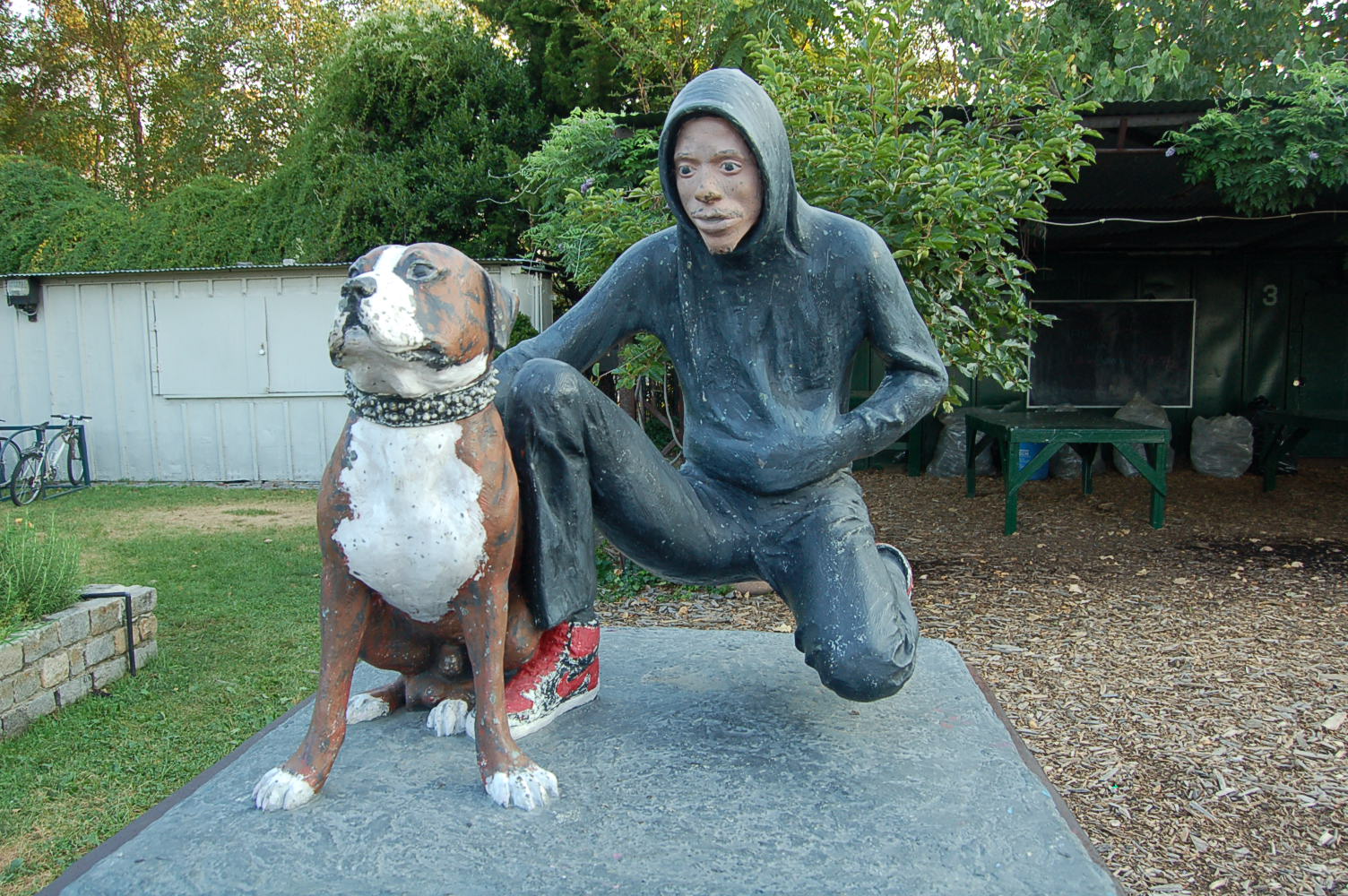 Erected in 1988, John Ahearn’s South Bronx Bronzes pose questions of ownership, identity, and rights in a public space. A white sculptor, Ahearn lived and worked in poverty-stricken South Bronx and made life-size castings of neighbourhood residents, always giving one copy to his model.

His community-based art led the New York City Department of Cultural Affairs to commission him to create a set of sculptures for the local police station. Ahearn chose to cast ordinary people as his subjects as a way to embody the community’s character. But his sculptures immediately spurred a debate embroiled in race and socioeconomics.

Residents of the neighbourhood thought the artist was relying on tropes, choosing to depict them as poor hoodlums instead of creating positive and inspiring images for the community. Others thought that only black artists should be able to represent black subjects.

Genuinely shocked and disturbed by the controversy, Ahearn chose to take the sculptures down a few days later.

What does a sculpture depicting Marilyn Monroe in a movie that pays tribute to New York City have to do with Chicago? 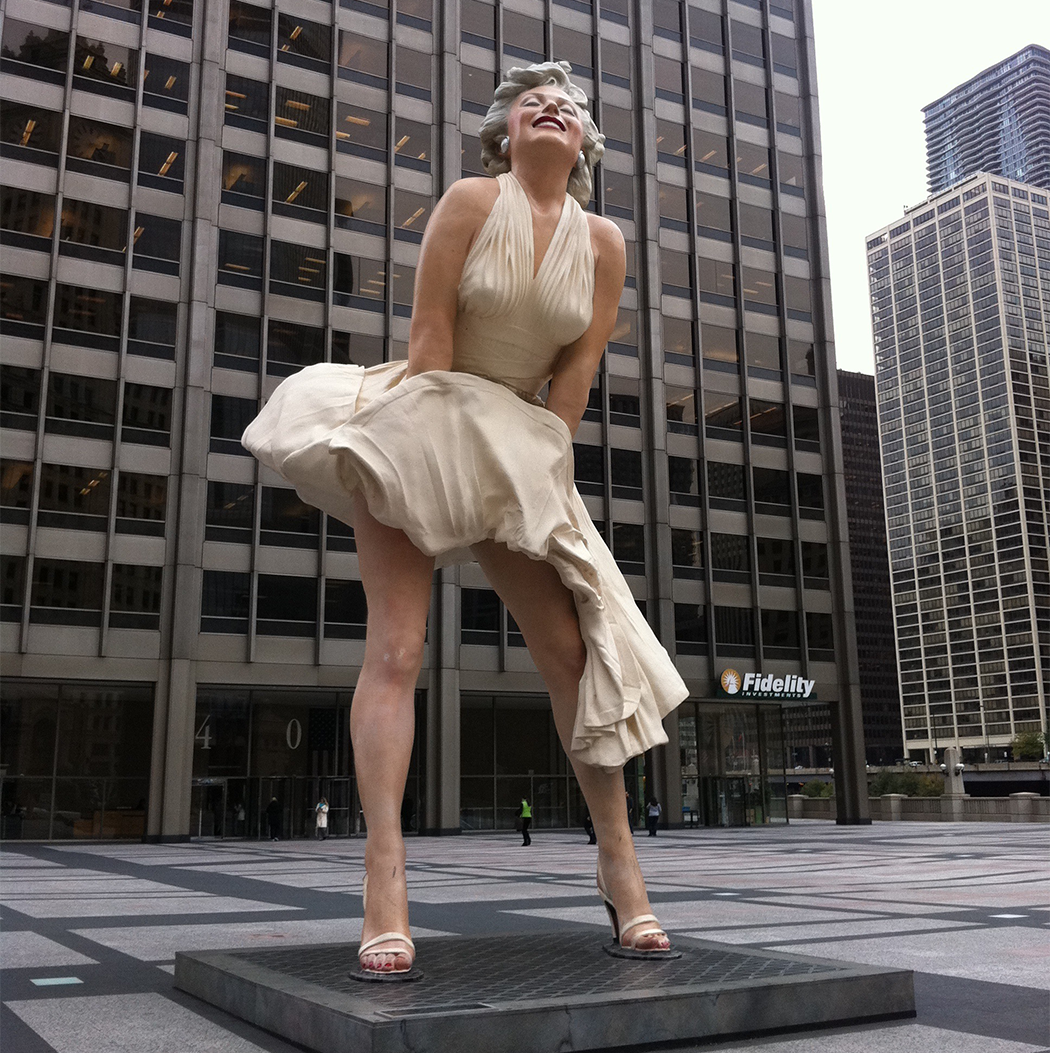 The 26-foot installation depicts a partially exposed Monroe from the movie Seven Year Itch. In addition to its irrelevance, many criticized the sculpture for its lewd and anti-feminist connotations. Its placement, meanwhile, prompted many classy photos of people gawking up her skirt, licking her legs, or pointing to her underwear.

Before it moved to California, Marilyn Monroe was vandalized numerous times. Many citizens argued that the piece of public art catered more to tourists than to Chicago residents — and they had a fair point. The monument didn’t exactly reflect the city’s character or engage positively with its community. 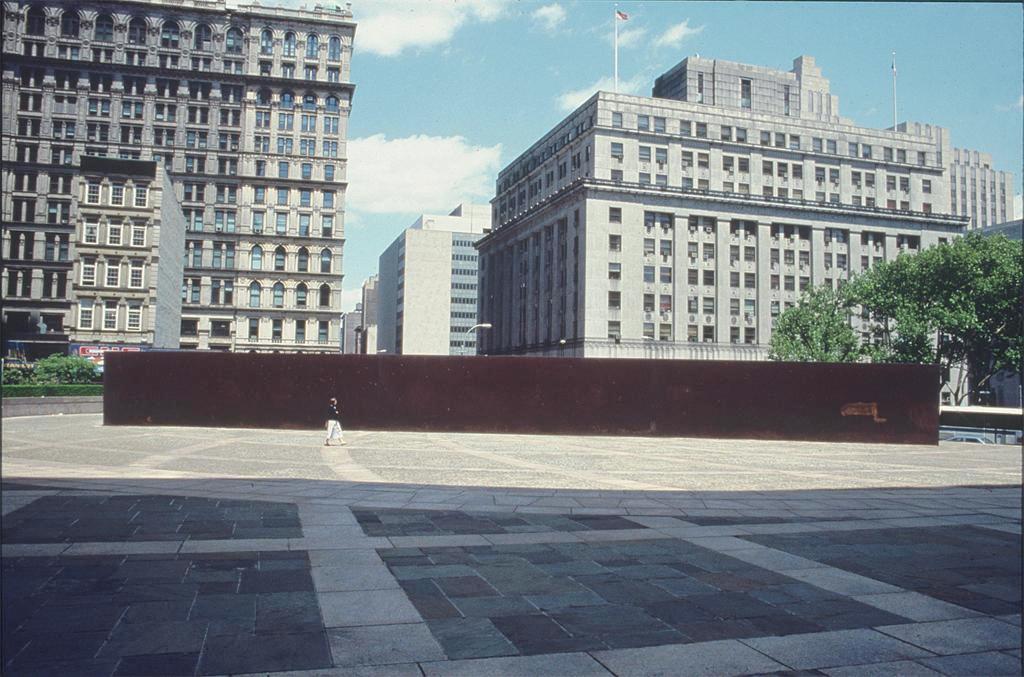 Titled Arc was at the forefront of public art controversy in the early 1980s. The saga began when minimalist sculptor Richard Serra was commissioned to create a piece of work in the Federal Plaza by the US General Services Administration.

Tilted Arc was a $175,000 piece of oppressive black, raw steel. Measuring 120 feet long and 12 feet high, the arc cut the Federal Plaza in half and forced those working in the nearby buildings to redirect their walking path in order to get through the plaza. The work did not mesh well with its surroundings — which, according to Serra, was the point. “The viewer becomes aware of himself and of his movement through the plaza. As he moves, the sculpture changes…. Step by step the perception not only of the sculpture but of the entire environment changes.”

Controversy erupted as soon as the sculpture was erected, with detractors claiming it disrupted the public use of the plaza and was an inconvenience to the workers. After a hearing and an appeal by Serra, the arc was dismantled in 1989. 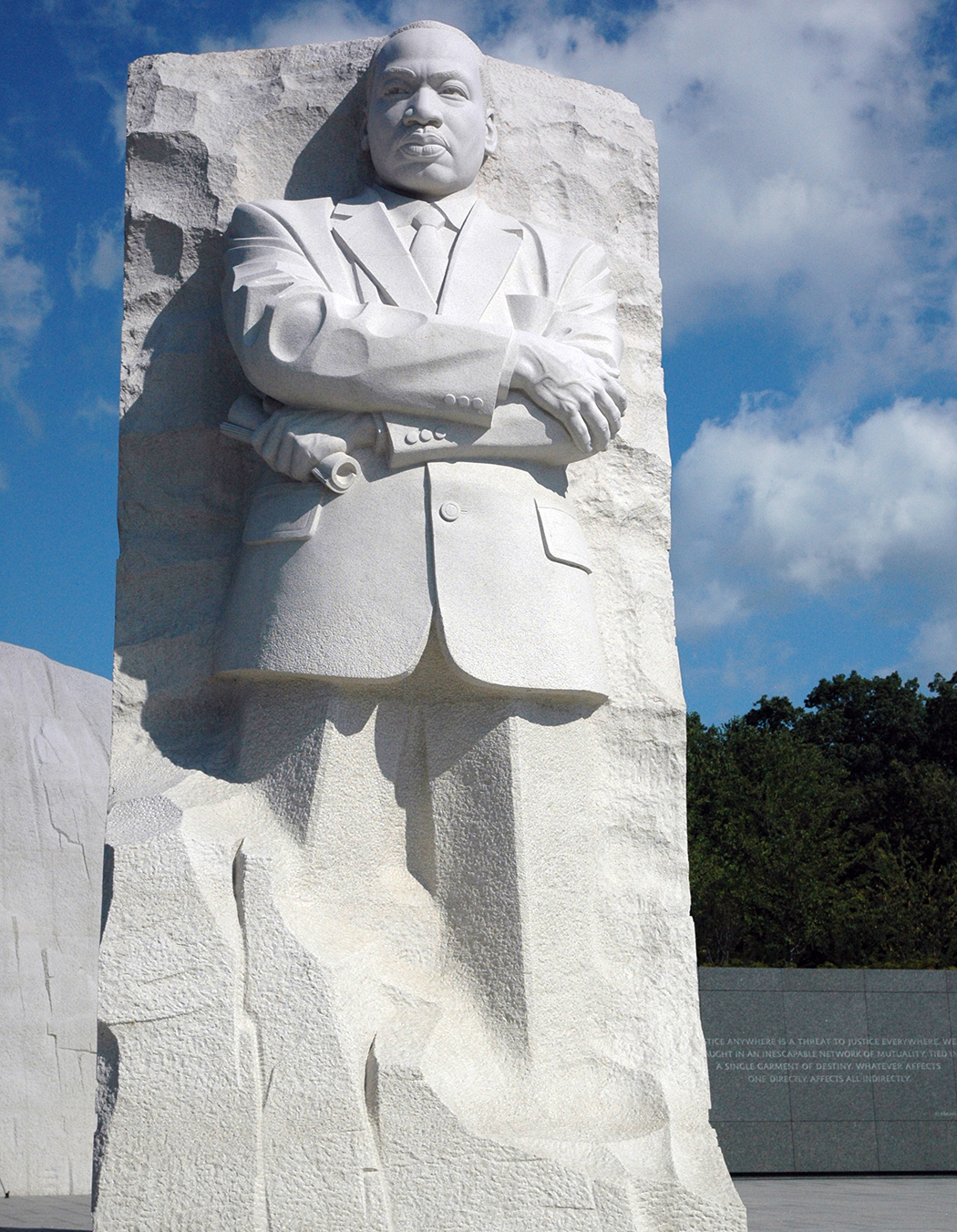 When it was announced that Lei Yikin, an artist from China, would sculpt the memorial out of Chinese granite, human rights activists criticized the selection on the grounds that Lei had previously sculpted Mao Zedong. 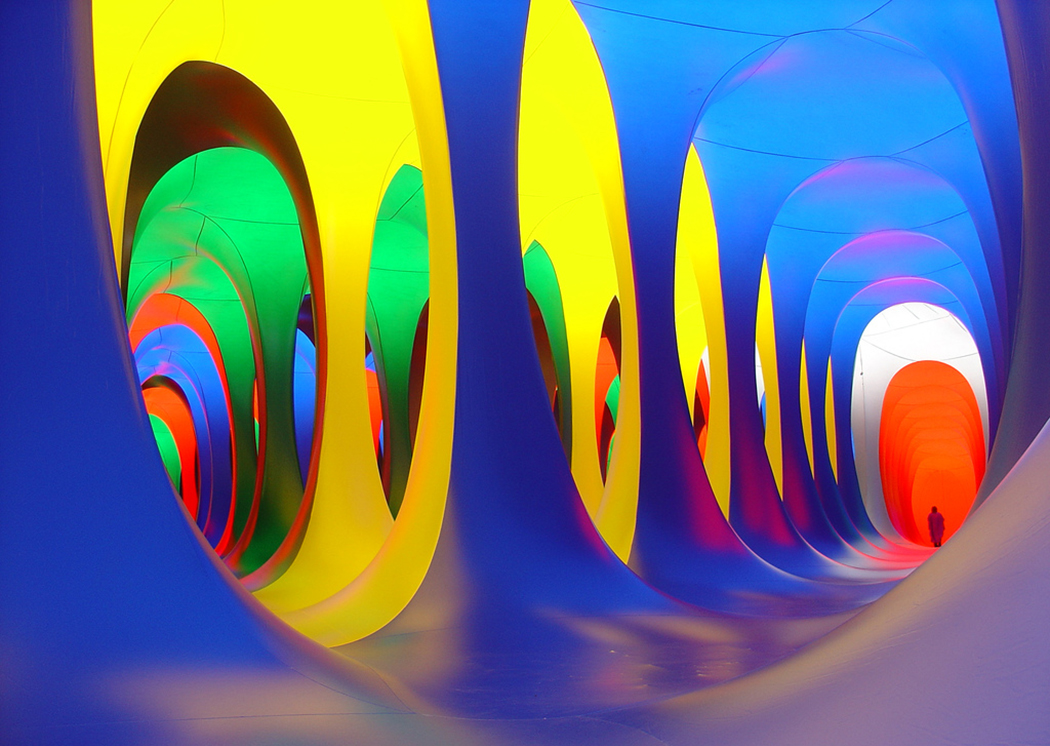 Known for his dreamlike, colorful, and interactive works, Agis was commissioned to create Dreamspace V in a park. The day after it was installed the artwork left its moorings and tragically killed two people.

Agis was put on trial for negligent manslaughter. Having witnessed the deaths, Agis was deeply and inconsolably disturbed, and vowed never to create such large works again.