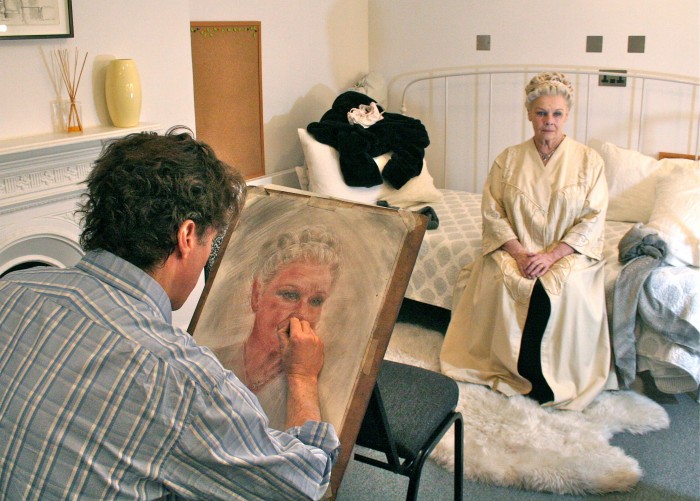 Artist Alexander Newley is delighted to announce his solo exhibition ‘Portraits in Character – supporting St Martin-in-the-Fields’, in the Crypt of St Martin’s, Trafalgar Square from 7th to 21st November. The exhibition is to run in partnership with St Martin-in-the-Fields, a fitting location for the exhibition, with its proximity to the National Portrait Gallery and National Gallery, and will mark Newley’s return to the London art world after several years in New York.

In Spring 2017 the paintings and drawings featured in ‘Portraits in Character – supporting St Martin- in-the-Fields’, will be auctioned to benefit the work of St Martin-in-the-Fields, including their outreach with homeless people.

For more information about this auction in support of St Martin-in-the-Fields please contact StMartins@activ.org.uk

Portraits of comedians such as Dame Judi Dench

Newley collaborated with Kenneth Branagh to create a unique series of portraits of several of the leading cast from the Plays at the Garrick season, which comes to a close this November. Alexander Newley spent time with the cast over a period of one year, capturing the actors in character backstage after performances.

The result is a series of drawings and paintings capturing the aura of some of the UK’s most celebrated actors; Dame Judi Dench, Kenneth Branagh, Adrian Lester, Derek Jacobi, Richard Madden and Lily James.

Painting an actor in character adds another layer of interest for me. I’ve always been fascinated by the unknowable human self and how it variously disguises and forms itself into the mask of personality. In a theatrical portrait, that self is further warped and refracted through the mask of portrayal. I am making a portrait of their portrait, in other words, which is a fascinating game of chess on many levels. 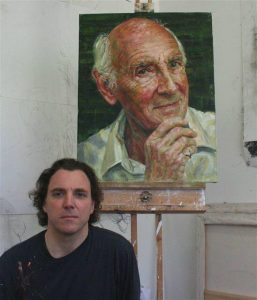 Alexander Newley is a leading contemporary portrait artist working on both sides of the Atlantic, known for his iconic depictions of major figures in the Arts including; Gore Vidal, Billy Wilder, Christopher Reeve, Oliver Stone and Steven Berkoff. His portrait of Gore Vidal, America’s infamous polemicist and wit, and his dramatic triple-portrait of Actor, Activist and former Superman star Christopher Reeve, imprisoned in his life-supporting wheelchair, form part of the permanent collection of The National Portrait Gallery at The Smithsonian in Washington DC.

St Martin-in-the-Fields is a landmark church, which has been serving London for centuries. The iconic building stands as a beacon in Trafalgar Square, welcoming people through its doors for services, music or simply as a place of quiet sanctuary from the bustle of central London.

St Martin’s is famous for offering a welcome and practical support to some of the most vulnerable people in society. This December marks the 90th Anniversary of the BBC Radio 4 Christmas Appeal. The money raised helps homeless people who receive shelter, food, help and advice at The Connection at St Martin’s; as well as maintaining a special Vicar’s Relief Fund which makes thousands of one off grants to vulnerable people across the UK.

45
SHARES
ShareTweet
WHAT - ‘Portraits in Character’ by Alexander Newley WHEN - 8 to 21 November 2016 WHERE - St Martin-in-the- Fields, Trafalgar Square, London
Posted by Pierrick Senelaer