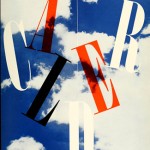 Guggenheim, modern and contemporary international art museum located in Manhattan, New York has recently made available online the publications they have been producing for the numerous shows and exhibitions that have been happening there. Browse through... Read more

BEN OAKLEY GALLERY (aka the B.O.G) 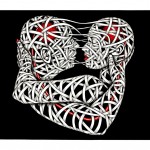 Sweet Heart Otto Schade Having been a fan of Ben Oakley’s art work for the last few years I was really excited to see the Ben Oakley Gallery open in Greenwich last year. Having spoken to Ben this week he has given me details of the upcoming show in... Read more

London Art Fair is the UK’s premier Modern British and contemporary art fair. Galleries from across the UKand overseas will present the work of over 1,000 artists covering the period from the early 20th century to the present day. You will see museum... Read more 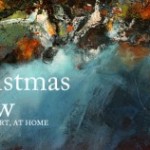 I have always loved the saying “you learn something new everyday”; mainly because it is a saying my grandfather always drummed into me and also because I think it is a very accurate description for the ‘art world’. “L’arbre... Read more 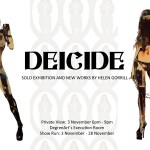 Saturday 26 November I made way to Degree Art’s gallery on Vyner Street to view the works of Helen Gorrill on show in the solo exhibition titled DEICIDE. The gallery is not so far away from Bethnal Green as people might think and a fair pace will get... Read more 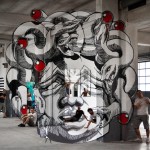 We have all seen these street artists colouring our pavements without could not put the finger on what the piece actually represent. It is because you are not looking at it at the right angle. We are talking here about anamorphic art which has recently... Read more

Rotofugi – A Gallery and Toy Store!

Chicago, IL – Rotofugi, home to toys and art. One of the best venues for pop surrealism a mere mile and a half away from my current home. The charming, light-filled space greets visitors with cheery figures by Kidrobot, Frank Kozik, Tokidoki, and others.... Read more 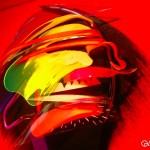 Adam Neate – Red Dimensional Portrait Once again I was on my way to the Elms Lesters Painting rooms to go and check out the latest dimensional paintings from Adam Neate. I still had so many good memories from Adam Neate’s last year’s... Read more 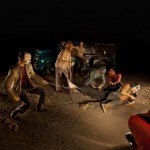 Edward Kienholz’s Five Car Stud depicts a horrific scene of racial violence during the civil rights era. Actually, the term horrific does nothing to illustrate the nauseating effects of this life-size interactive work currently on display at the Los... Read more 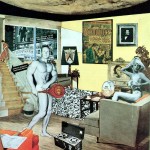 The sudden death of Richard Hamilton yesterday shocked a large number of people in the art world, tweets poured in and everybody agrees – it is a big loss. Some critics are convinced that he was the most influential and important painter post-war,... Read more