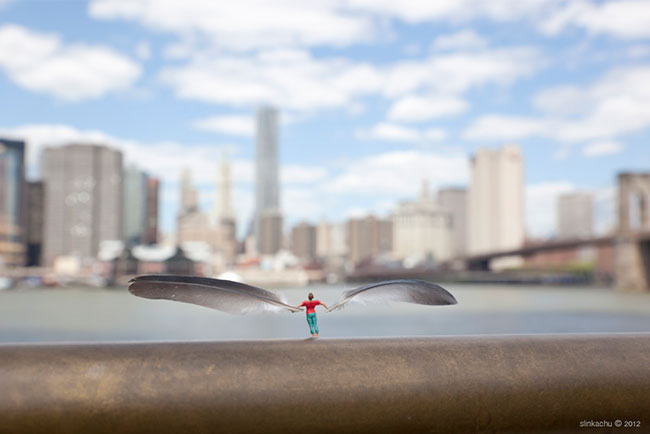 Street sculptor and photographer, Slinkachu has been busy putting together his new show, Global Model Village, which opens September 27th at Andipa Gallery in London. It will feature a mix of installations placed in different cities around the world over the past couple of years.

But that is not all since the show coincides with the launch of his new book also called – incidentally also called Global Model Village which collects together 50 different installations left in cities such as New York, Moscow, Cape Town, Paris, Beijing, Hong Kong and of course London. 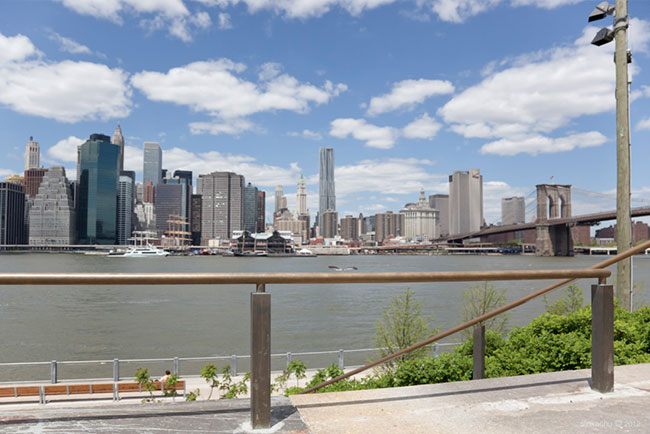 Andipa Gallery is delighted to announce a selling exhibition of unique works and rare graphics by Joan Miro.

Taking place from 7 April to 7 May 2011 the show coincides with the first major London retrospective of Miro’s work for almost 50 years, The Ladder of Escape at the Tate Modern, and will offer a rare opportunity to acquire some of the finest original works by this master of 20th Century art.

The exhibition will show rare works on paper, including some of Miro’s 1965 Le Courtisan Grotesque series. Works described as displaying “the most genuine Miro, the one of the astral signs (and) symbolic objects… who uses his own mature language, without hesitations.” Daniel Giralt-Miracle (art critic and historian).

Miro’s most iconic and admired engravings, lithography and etchings will also be on display. Pieces will include the original lithograph Montroig 2, named after the Catalan village to which Miro felt a deep connection, returning to throughout his life, and which inspired some of his most seminal works. These highly sought after brightly coloured pieces make up an integral part of the artist’s oeuvre and demonstrate Miro’s expert use of carborundum to produce richly textural pieces that reflect the original qualities of painting.

Miro was among the most prominent of modern artists, developing a unique Surrealist language that expressed freedom and energy through its fantastical imagery, vibrant use of colour and free use of paint, often splattered across his canvases creating an explosive effect. The more political side to Miro’s work reflects the turbulent times of the Spanish Civil War and repression under the Franco regime. His works express and react to conflict, protest and political upheaval. In our current instable and uncertain times, perhaps this more restless and anxious aspect of Miro’s practice is at its most resonant. 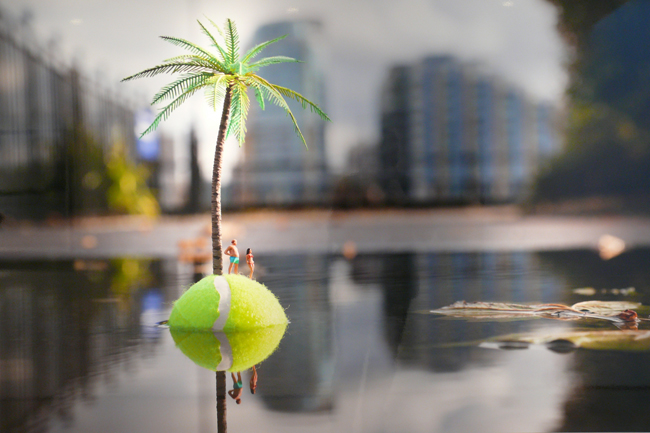 Slinkachu takes figures from miniature train sets and painstakingly modifies them so that they can be used as part of his almost invisible world.

He creates comical, satirical and sometimes slightly dark scenes with these figures, places them all over the world, shoots them with spectacular quality and then leaves them to become part of the scenery.

The first of this series was “the little people project” the photos were formed into a lovely little hard cover book produced in 2008. I purchased a copy of it and was suitably impressed with the content and quality of print. 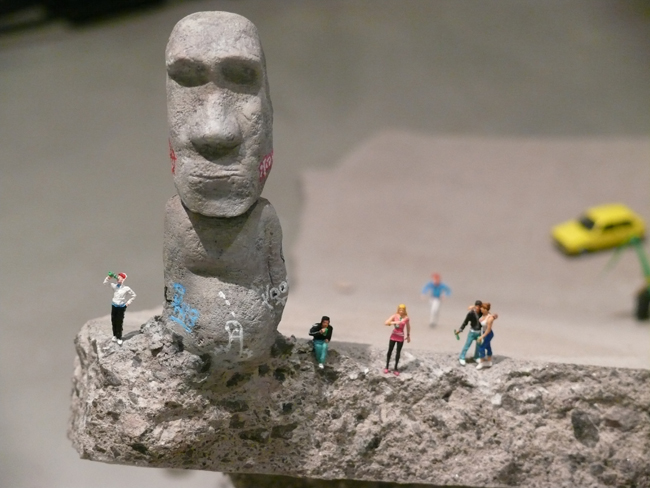 This left us very excited for the new show “Concrete ocean”, hosted by the Andipa Gallery in South Kensington. It had been two years since Slinkachu hosted a show in London and when it comes to most artists after such a period of time you would expect to see significant progression in their body of work. This however was not the case with the Slinkachu show, but it really didn’t matter. The gallery was laid out with huge high quality prints showing the detail of the characters and the photographs almost bring them to life. The large prints were accompanied by very small location shots to show you just how much they disappear into their surroundings.

Andipa Gallery is a large space located in a very upper class area, totally different to the Hackney / Shoreditch spaces we are used to attending, yet it seem more than suitable for this body of work, it was extremely well organised and the 3d installations were well spaced so you could appreciate the minute detail.

It would come as a surprise to us if this show did not make you smile, laugh and sometimes feel just that little bit sad.

Check out our huge collection of shots from the evening here: 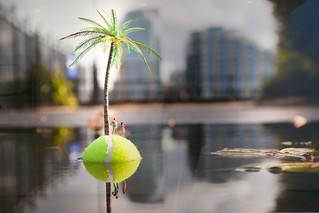 Andipa Contemporary is delighted to announce a new solo exhibition: Concrete Ocean, by renowned urban artist Slinkachu. Left floating in flimsy boats on puddles the size of lakes, or clinging onto seemingly giant paving stones, in danger of being trodden underfoot by the casual passer-by, the figures in Concrete Ocean address the artist’s trademark theme of loneliness and disillusionment engendered by the city environment. The dry wit of his observation and the deceptive sweetness of his scaled down figures make Slinkachu’s works absorbing, strong and engaging.

Named as one of the “100 Leading Figures in Urban Art” by Patrick Ngyuyen and Stuart Mackenzie in Beyond the Street (2010) Slinkachu creates (and then abandons) tiny installations around the city using reworked railway model figures that he then records photographically. The artist will, for the first time, bring seemingly uprooted street installations into the gallery where they will form islands in the concrete ocean.

Concrete Ocean follows the artist’s internationally acclaimed Little People Project started in 2006, and the publication of Little People in the City: The street art of Slinkachu, published by Boxtree (Pan MacMillan), with a foreword by author Will Self (2008), The Old Vic and Punchdrunk’s collaboration, Tunnel 228 in 2009 and in 2010 the highly successful exhibition Extraordinary Measures at Belsay Hall, Northumberland, alongside Ron Mueck, Matt Collishaw and Mariele Neudecker, in which the artist took a humorous look “at the obsession we have with the day trip, that English hobby which often provokes the full range of emotions” and saw 55,000 visitors, along with the Amsterdam launch of BIG BAD CITY by Lebowski Publishers.