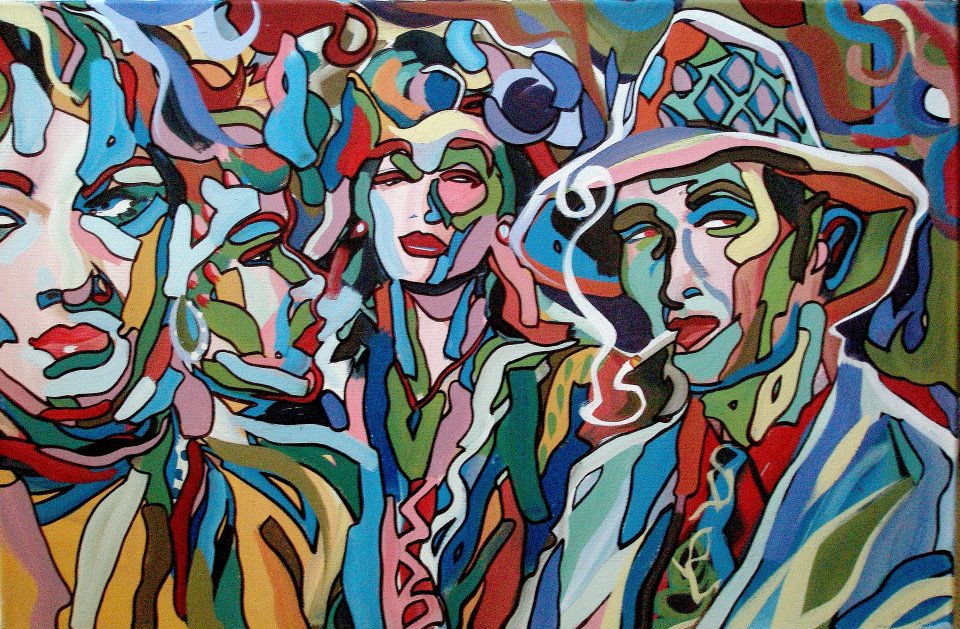 Born in Doncaster in the fifties David Lee flew the nest at a young age to set up residence in London, which heralded a new phase in his life, as he discovered London’s burgeoning hippy scene. However, during his early thirties, his love affair with France began with the marriage of his French wife.

Inspired by modern French painters, particularly Cézanne, his exploration of the forthright nude and his radical brush strokes were the first step toward Impressionism.

Lee’s paintings are inspired not only from the South of France and Paris but from the era between the 1920’s and 50’s, which is a common theme in all of his work.

Lee readily adopted the cafe culture of our continental cousins where Paris seized him. Spending so much time in the City of Lights, enjoying such impassioned vibrancy, the cafes were the creative enclaves where his artistry was honed.

His work embodies a delightful image of French café culture. The distinction from Lee’s work is how he captures this hustle and bustle of Parisian cafés giving us canvases splashed with vivid colour, radiating gaiety and the joy of life.

A second love interest later developed and this new ménage-a-trois between London, Paris and the South of France was a source of nouveau inspiration. With a palette full of colour from the warm South, Lee has brought back from the azure shore paintings that palpitate with hot sunlight and dazzle with their audacious colour.

To celebrate Lee’s Anglo-French love affair the preview will feature a themed party, which includes feasting on French delicacies, a wine tasting and a mime artist.