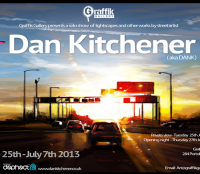 UK based artist, DANK aka Dan Kitchener’s second major solo show in London this year is opening at Graffik gallery on Thursday this week. We hear that the artwork on display, cityscapes and landscapes but also the now iconic Tokyo neon style Geishas, are a delight so we are looking forward to going to the press launch tomorrow and talk to the artist about his new set of new works. Stay tunes for exclusive pics . From the gallery “Working across all mediums, scale plays... Read More 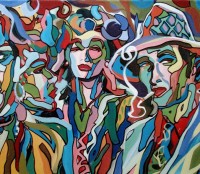 Born in Doncaster in the fifties David Lee flew the nest at a young age to set up residence in London, which heralded a new phase in his life, as he discovered London’s burgeoning hippy scene. However, during his early thirties, his love affair with France began with the marriage of his French wife. Inspired by modern French painters, particularly Cézanne, his exploration of the forthright nude and his radical brush strokes were the first step toward Impressionism. Lee’s... Read More