Posted by Pierrick Senelaer on February 13, 2012 · Leave a Comment 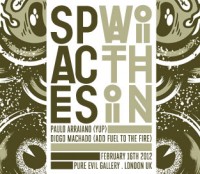 Despite the marked differences between their graphic and visual languages, long-time friends Paulo Arraiano (yup) and Diogo Machado (add fuel to the fire) have often collaborated on many projects. Over the years each has developed an extensive portfolio in the ﬁelds of graphic and visual arts, working in a variety of mediums. Each has also taken part in a great number of individual and collective exhibitions, in Portugal and abroad. This is the ﬁrst time they are showcasing... Read More

Posted by Pierrick Senelaer on November 29, 2011 · Leave a Comment 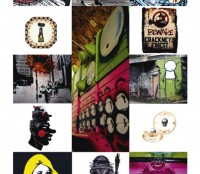 ARCH 402  gallery has now been running for just over a year but has already become a major London venue to show and promote street art and this upcoming show – Street Art @ Arch402 should be another cracking show. Often here,  works from East London’s street art scene will be put on show so expect wonders from Ronzo or Sweet Toof. New works, prints and crafted objects will make up this show and tunes will be played by a DJ. All unframed work will be available... Read More

Street fonts – graffiti alphabets from around the World by MadABC 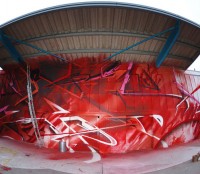 German artist MadABC has opened her show at Pure Evil gallery tonight in London. This coincides with the launch of her book – “Street Fonts – graffiti alphabets from around the world”. You can buy this book here on Amazon. The work on display will feature a series of different alphabets on canvas and wall, MadABC is mad about letters. In preparation of the show, she painted a huge alphabet wall of about 5m x 25m Wenlock Road in Hackney which you can see photos (by... Read More

The Friends of Tony Romanoff at Pure Evil

Following his appearance in the adidas is all in campaign, London street artist Lucas Price a.k.a. Cyclops has been hard at work on his latest exhibition ‘The Friends of Tony Romanoff’. Words from Pure Evil gallery This film below documents the show and is narrated by the eponymous Tony Romanoff who uses an electronic voice generator to speak on the artist’s behalf. Featuring brand new conceptual photographic work, as well as two dramatic installations in the gallery’s... Read More