The beginning of the year is always a great opportunity to start a fresh page and discover what’s new. In this spirit, we would like to invite you to join us for our upcoming group exhibition AFTER SHOW PARTY.

AFTER SHOW is a transition from our Winter Exhibition, kicking off our new exhibition season in 2016.

You can come and view works of our long-terms collaborators, like Remi Rough, Shuby, Collagism and William Blanchard.

Here are some the artists you will see in the show – 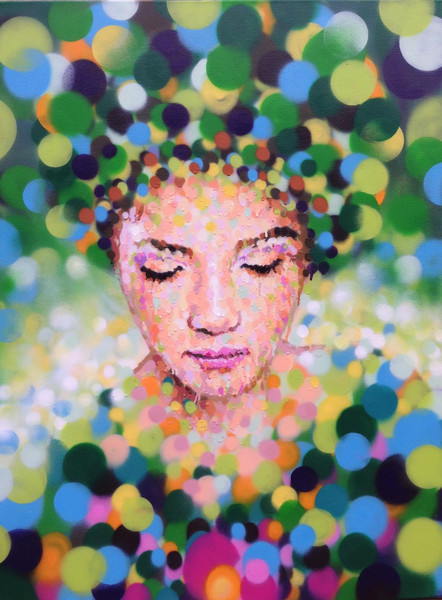 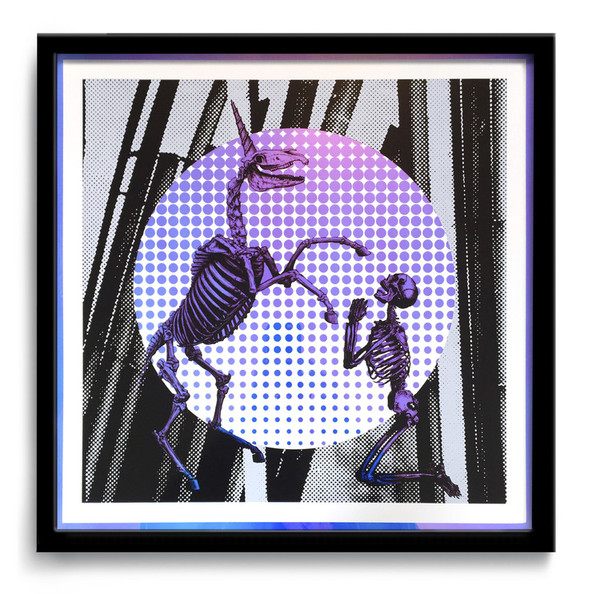 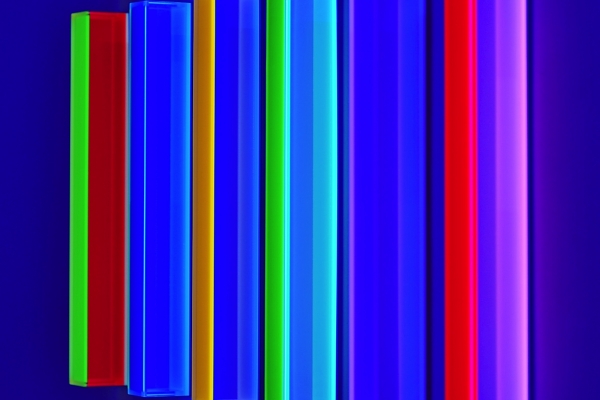 ‘The Space Between The Stars‘ opens this Friday at Scream. Expect London and international artists and the recurrent yet infinite “light” as a medium in art. Many artists in the past experimented with it, such as Robert Irwin for example, and as the artists in this show, gave an immersive experience for the viewer.

This show promises a variety of approaches in trying to break down light.

Korean-born US based artist Bohyun Yoon gives us an installation of silicon rubber figures suspended like puppets from a steel bar with a spotlight. Caroline Jane Harris works with paper and will present us with an epic landscape titled Sylvan Landscape over two metres in width. Chris Bracey, a veteran in working with neon and lights and who has worked for big names or productions such as Vivienne Westwood or the Batman films will impress. James Hopkins’ will use sculptures to create illusions.  Regine Schumann also works with sculptures but made of acrylic glass and a special phosphorescent pigment that allow the works to glow from within.

The collaboration between Hsiao-chi Tsai (Taiwan) & Kimiya Yoshikawa (Japan), masters in Mixed-media textiles and Sculpture respectively, their light sculptures and installations might steal the show. Shane McAdams ‘ landscape made with a ball-point pen, oil and resin has also to be something to look for. Last but not least Sylvia Hommert experiments with a range of mediums including pigment, beeswax, holographic paper and glitter on birch panels to capture this ephemeral and iridescent quality. 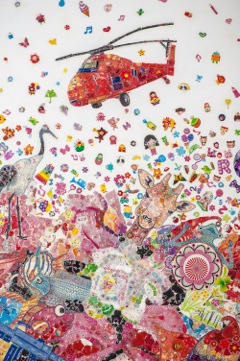 Beijing based artist Ye Hongxing is having her the first UK exhibition at Scream on Eastcastle street, London and the interest seems to be great and not only for this artist but for the entire Chinese contemporary art since the country has turned to capitalism.

Hongxing new works will be an answer to this profound social system change that has gone with that change. What jumps straight at you you when looking at her works is the explosion of colours and the somewhat chaos of the composition. One will see in this body of works a mirror of what China’s expansion has been – fast paced, anarchic and incoherent. The artist looks at questioning what it has cost China and its people and put forward the utopian vision that governing people may sometimes have.

On a more pratical aspect, the artist’s technique is remarkable and definitely creative. Hongxing woud use canvases and elaborate complex collages made of stickers and what we could called popular imagery collected for different medias since she was a kid. This clever assemblage often results to an eruption of colours and intricated compositions.

For those interested to know where the title of the exhibiiton comes from, it actually references the 1905 novel ‘A Modern Utopia’ by H.G Wells and is suggestive of the artist’s investigation into society and modern life. 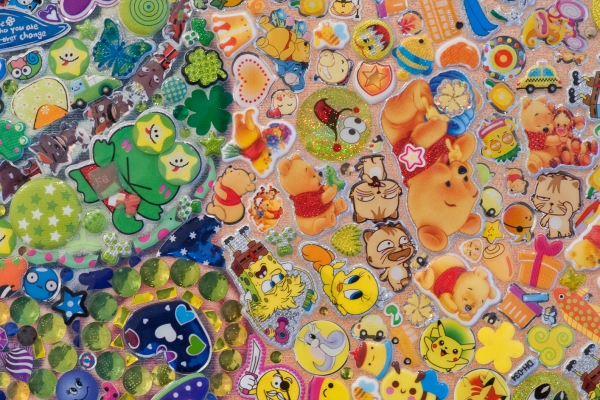 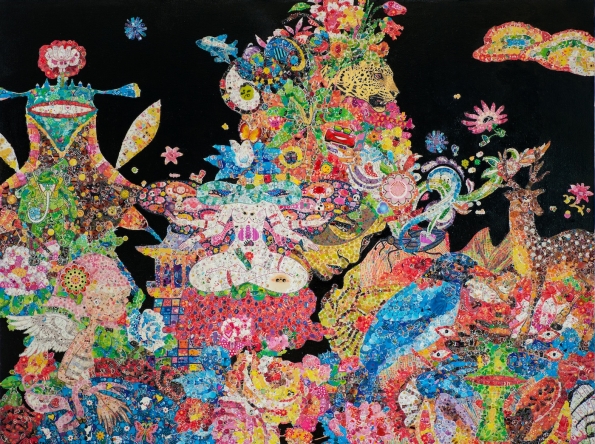 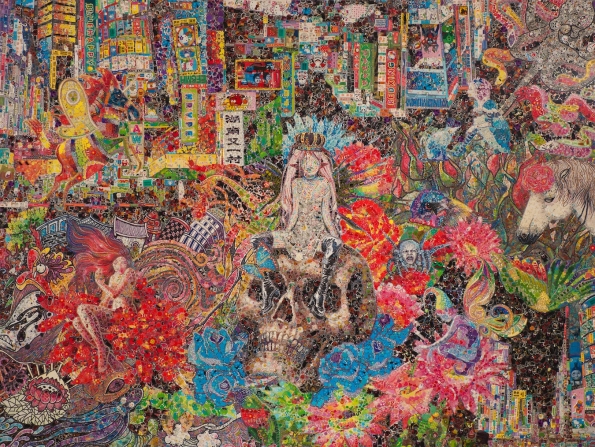 Read more about Ye Hongxing on the Scream gallery website 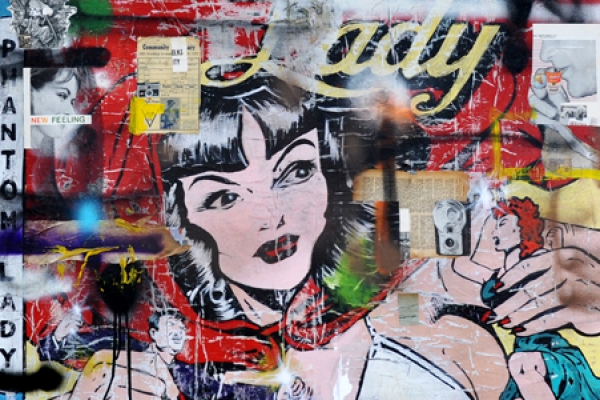 His style is very much pop art-inspired paintings and his “Phantom Lady” got noticed this year at an Bonhams urban art sale earlier this year. See picture below.

“In his new work…Greg Miller brings the pictorial poise of Pop to the eloquent fury of street art, effecting a marriage – or at least a torrid affair – between two hot items. One item is hot today, the other has been hot for half a century, but in Miller’s hands there is no generation gap, only a spiritual union – one that generates a sky, or at least wall, full of sparks.” Peter Frank

With the new body of work, French embraces modern technologies, and although each image is drawn from life and inspired by the people and events he observes, he uses his iPhone and iPad to maintain the visual diaries that form the basis of his oeuvre.

You will find below pictures of the opening night. 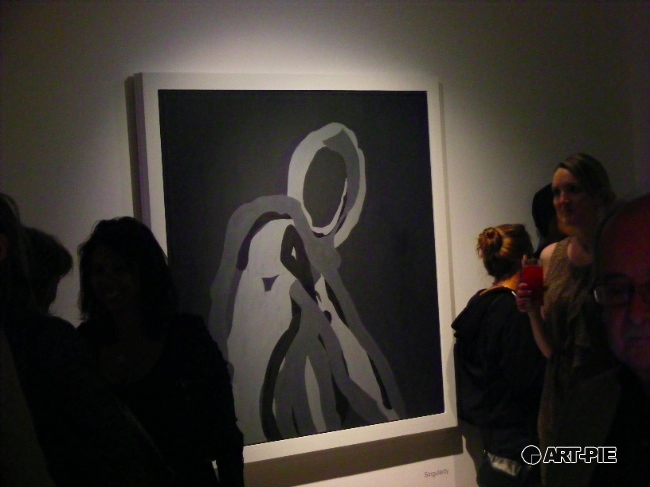 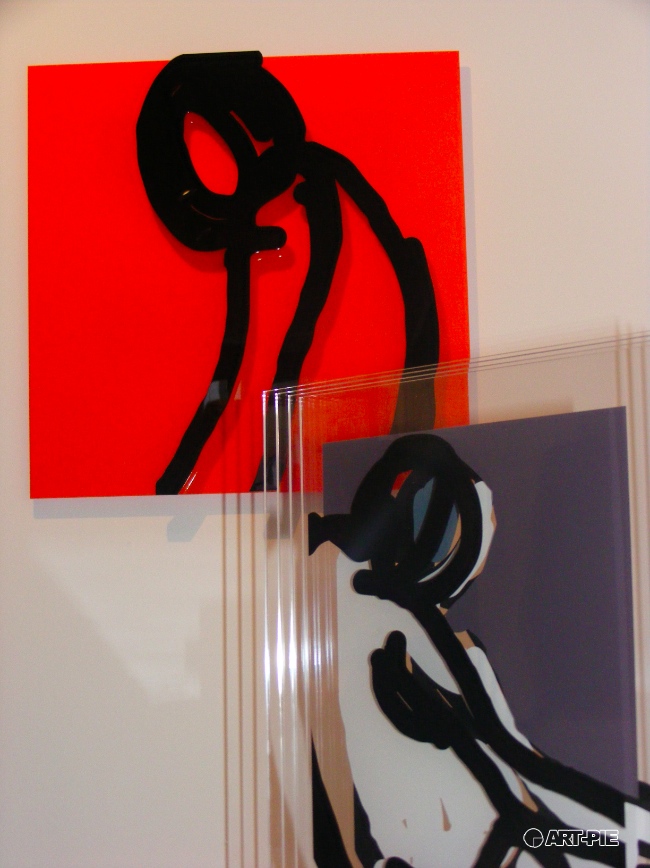 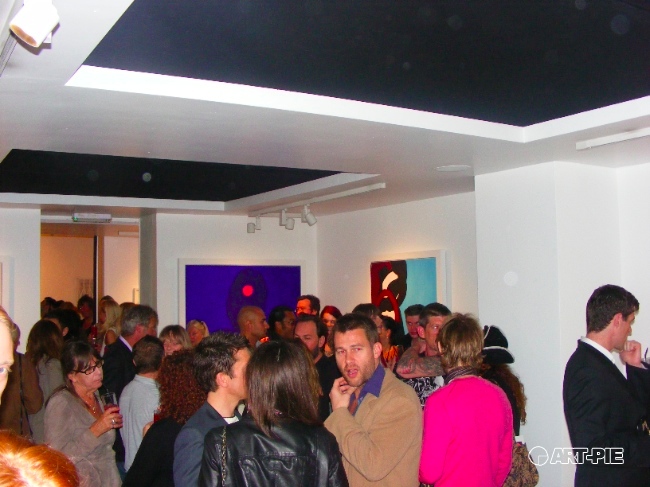