Posted by Pierrick Senelaer on June 8, 2013 · Leave a Comment 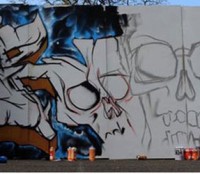